From Middle Coast To Middlemaze, With A Little Summer Reading

A family drama with Bloomington ties at Middle Coast Film Fest, a new album and in-studio performance from Erin Tobey, and another Ryder fiction selection. 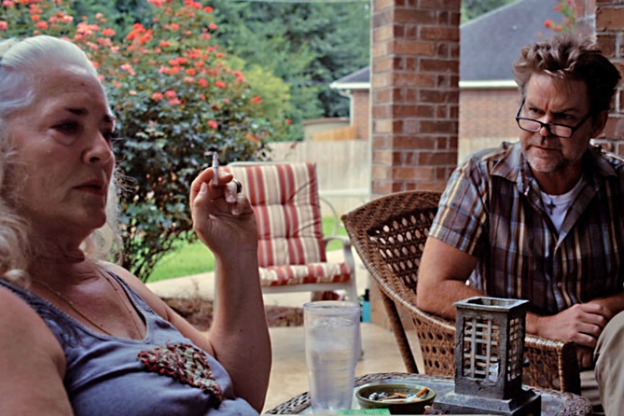 Krisha Fairchild and Bill Wise in a still from "Krisha" (2015)

Erin Tobey has been a fixture of the Bloomington creative scene for years now, dabbling in the visual arts, theater, and most notably music, where she’s recorded with many different bands. Just last month, Tobey released her first solo album in a decade.  Middlemaze is a rich and varied reflection on youth and maturity, and her first solo album in a decade. It’s been getting a lot of positive buzz, and this week in the Café, Erin Tobey talks about the album and performs one of her songs.

It’s the second installment in our Ryder magazine fiction series. We speak with Karol Lagodzki about his protagonist’s reluctance at the dinner table and the author’s own appetite for the English language–incidentally, not his first.

And, having won major awards at film festivals from Deauville to Austin–the independent film Krisha (2015) is being screened at this weekend’s Middle Coast Film Festival in Bloomington. At the center of the kaleidoscopic, cacophonous film, Krisha Fairchild’s performance is a tour de force. While in town for the screening, Fairchild stopped by Café Indiana to talk about the film and her career.

“We are functional in all of the ways that have to do with love and support. So for us it was a chance for Trey’s very logical, very empathetic, very real vision of that event to help other people.”

Erin Tobey's first solo album in a decade "Middlemaze" is a rich and varied reflection on youth and maturity.