A Path To That Old Place, And A Way Back Out

"I have found that going to that old place is healing." Conversations about art and pain with poet Patricia Jabbeh Wesley and actress Krisha Fairchild. 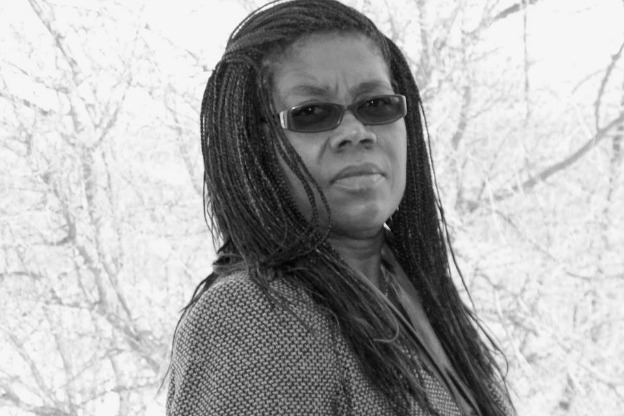 “I remember a refugee screaming at me, calling me crazy. He said, ‘You woman! Stop writing! People are dying, stop writing! Are you crazy?’ And I’m like, ‘I need to write this poem.'”

For others, though, denial is the way to go:

“There is that fear and that unwillingness to go to that old place. But I have found that going to that place is healing. It restores you.”

Art offers a path to that old place, and a way back out. Patricia Jabbeh Wesley wrote her way through civil war in Liberia, and now helps other survivors of war and brutality recover through the power of writing. The much-honored Liberian poet and teacher  visited Indiana University in October, to meet with students and give a public reading. In her conversation with producer Shayne Laughter, Wesley recounted the journey from her first discovery of storytelling magic, to her use of poetry as a medicine for souls torn apart by war.

For others, film has been the healing medium:

For us it was a chance for Trey’s very logical, very empathetic, very real vision of that event to help other people.

A film that is making many critics’ end-of-year- best-of lists is Krisha, an independent film by Trey Edward Shults. Starring Krisha Fairchild in the title role—the feature takes an excruciatingly long look at pain. David Edelstein of New York magazine and Fresh Air calls it “a showstopper of bad vibes, a psycho symphony that bumps the film out of kitchen sink realism, even though it’s set in a kitchen and near a sink.” The film earned a 97% rating at Rotten Tomatoes. Filmmaker John Waters put it on his Top Ten list. The New York Times Magazine featured Fairchild in a photo-spread.

And in Rolling Stone, David Fear wrote, “It’s impossible to overstate how important — or how jaw-droppingly incredible — Fairchild’s performance is in terms of making Krisha’s worst-case scenario character study such a devastating wallop….But she also lets you sympathize with this black sheep, showing you the wounded child underneath the wandering soul – and the wrecker of homes that is ready to spring out and scorch the earth because she simply can’t help f-ing things up. Somebody give this woman more work stat.”

Krisha Fairchild spoke with us last July when the family drama was screened at the Middle Coast Film Fest in Bloomington, Indiana, the real-life setting for the events the film was based on. At year’s end, Krisha is making many critics’ best-of-2016 lists.

Regardless of the many critical accolades it is receiving. Krisha will probably not become a warm-and-fuzzy holiday classic anytime soon. But a far more sentimental film that’s associated with the holiday season now didn’t start out that way either. We speak with Peter LoPilato, the founder and director of the Bloomington’s Ryder Film Series, about the movies he screened during his inaugural season, back in 1979, way before Netflix and even VCRs. The season included a beloved holiday movie classic that was neither beloved nor a classic for decades after it was made.

Poetry Under Fire: Healing In a Liberian Voice

" You cannot run, writing prose. You can run while writing poetry."