The Duke Is On The Air: Duke Ellington's Summer 1945 Treasury Department Shows 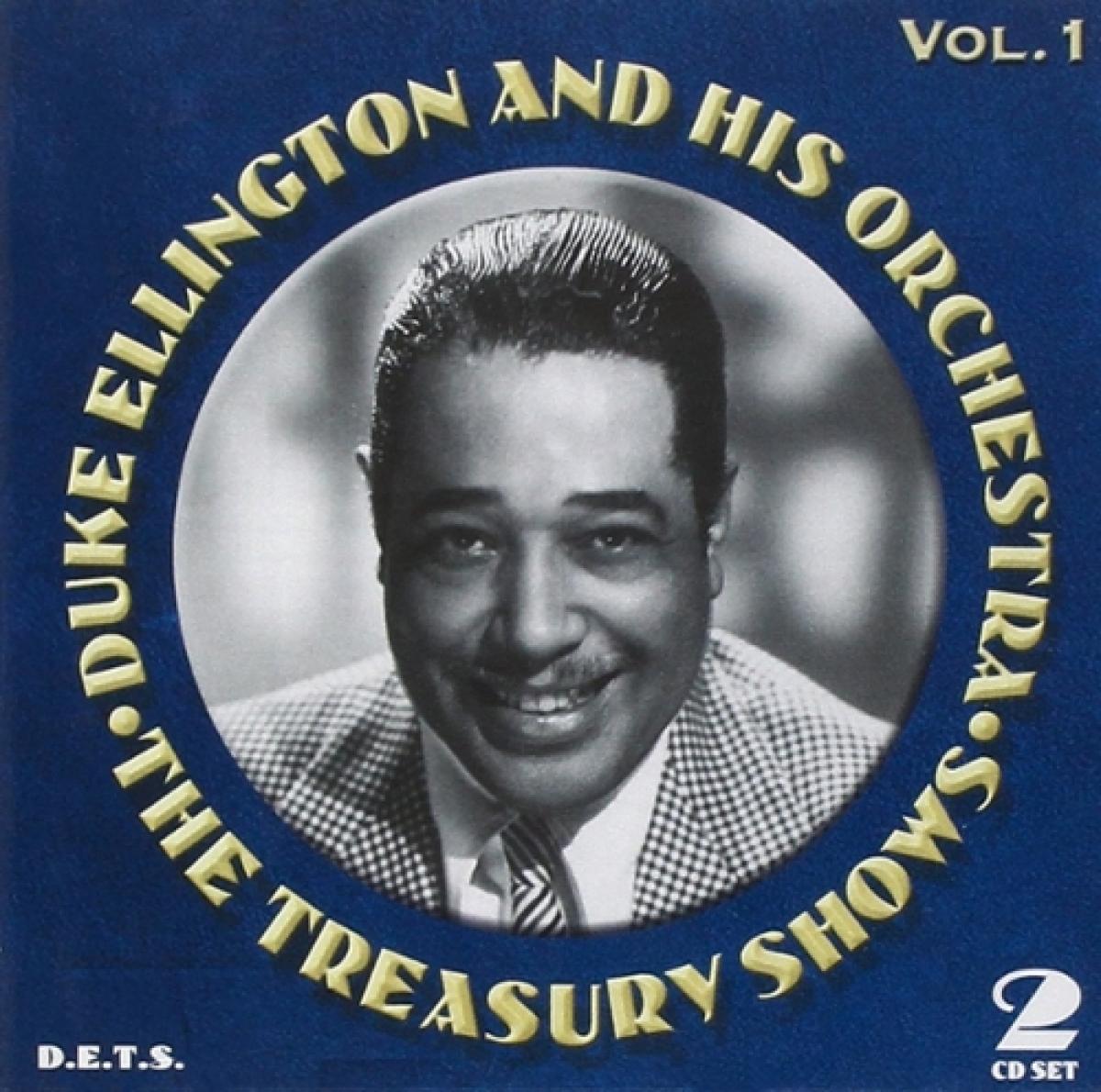 The 25 two-CD sets of Ellington's 1945-46 war-bond broadcasts form perhaps the most comprehensive portrait of a working big band from the swing era that will ever be assembled.

In April 1945 World War II, the most deadly conflict humanity had ever fought, was grinding to a close in Europe as Allied forces battled their way across Germany from east and west. In America eyes were already beginning to focus on bringing the war to an end in the Pacific as well—a process that looked to be extended and bloody, most likely culminating in an invasion of Japan's homeland. It would also be expensive, and as the U.S. government launched the Seventh War-Loan Drive, with an ambitious goal of raising seven billion dollars, it enlisted the aid of bandleader Duke Ellington.

Ellington turned 46 that month. He was arguably at the zenith of his popularity, and just a couple of years removed from what many jazz scholars now consider to be his finest artistic period, the so-called "Blanton-Webster" period, when bassist Jimmy Blanton and saxophonist Ben Webster had been in the band. Like other bandleaders and entertainers Ellington had done much to support the war effort throughout the early 1940s. Now he was taking on a weekly commitment. "Your Saturday Date With The Duke" was sponsored by the U.S. Treasury Department, part of an ongoing government media effort to get the public to buy more war bonds and finance the tremendous cost of fighting WWII. The hour-long broadcasts aired at 4 p.m. each Saturday on ABC's Blue Network from April through November of 1945, and then again from April through August of 1946. They were also were edited into half-hour transcriptions for distribution by the Armed Forces Radio Service.

Ellington's orchestra performed a diverse range of material in these broadcasts. Jazz scholar Eddie Lambert categorized their repertoire as including "concert works, recent compositions, revivals from the 1920s, 30s and early 40s, Billy Strayhorn material, popular standards, Ellington's popular songs, and current popular songs." On this Night Lights program we'll hear the rarely-played piece "Blutopia," an excerpt from an Ellington memorial broadcast after the death of U.S. president Franklin Delano Roosevelt, an unusual multiple-vocalist arrangement of Ellington's hit "It Don't Mean A Thing If It Ain't Got That Swing," an extended version of the traditional song "Frankie and Johnny," baritone saxophonist Harry Carney's ballad feature "Frustration," and much more, including several of Ellington's promotional spots exhorting Americans to buy war bonds.

He, Too, Was America: Duke Ellington's Sepia Panorama

Special thanks to Jerry Valburn. The late Ellington collector spent decades tracking down the original recordings of these broadcasts and then released them on 24 double-LP sets in the 1980s. In 2000 the Storyville label began to reissue them as 2-CD sets, adding bonus material from other 1940s-era Ellington performances. All of the Treasury show volumes are available for purchase on the Storyville website.