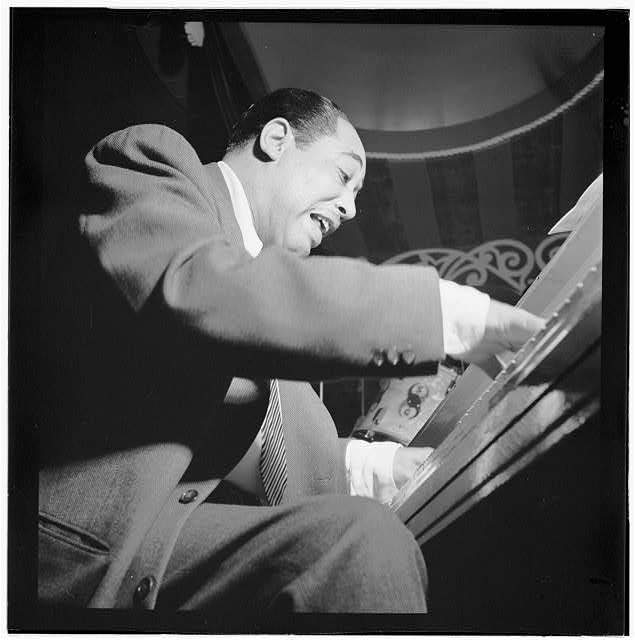 At the end of World War II Duke Ellington was coming off one of the most commercially and artistically successful periods of his career-the so-called Blanton-Webster years of the early 1940s. He had managed to keep much of his orchestra intact during the war and had maintained a high public profile with concerts and broadcasts during the 1943-44 recording ban that kept him and other artists out of the studios. In late 1944 he'd scored a smash hit with "I'm Beginning to See the Light"â€¦and with service men and women beginning to return home as the war wound down in 1945, it seemed that the big bands would keep riding the wave of popularity that had sustained them since the mid-1930s. But the cultural landscape was changing in ways that would challenge, provoke, and inspire Ellington as he continued to pursue his unique musical vision.

"On a Turquoise Cloud" features little-known mid-late 1940s Ellington compositions such as "Magenta Haze," "Lady of the Lavender Mist," and "Air-Conditioned Jungle," as well as two sides from his short 1946 stay on the Musicraft label, a Carnegie Hall concert performance of the atonal/stride-piano "The Clothed Woman," "I Like the Sunrise" from The Liberian Suite, and one of the few recorded numbers from the music Ellington wrote for the failed Broadway musical Beggar's Holiday. We'll also talk with historian and Ellington expert Michael McGerr (who can also be heard on the previous Night Lights program Suite History and the WFIU special Jump for Joy: Duke Ellington's Celebratory Musical).