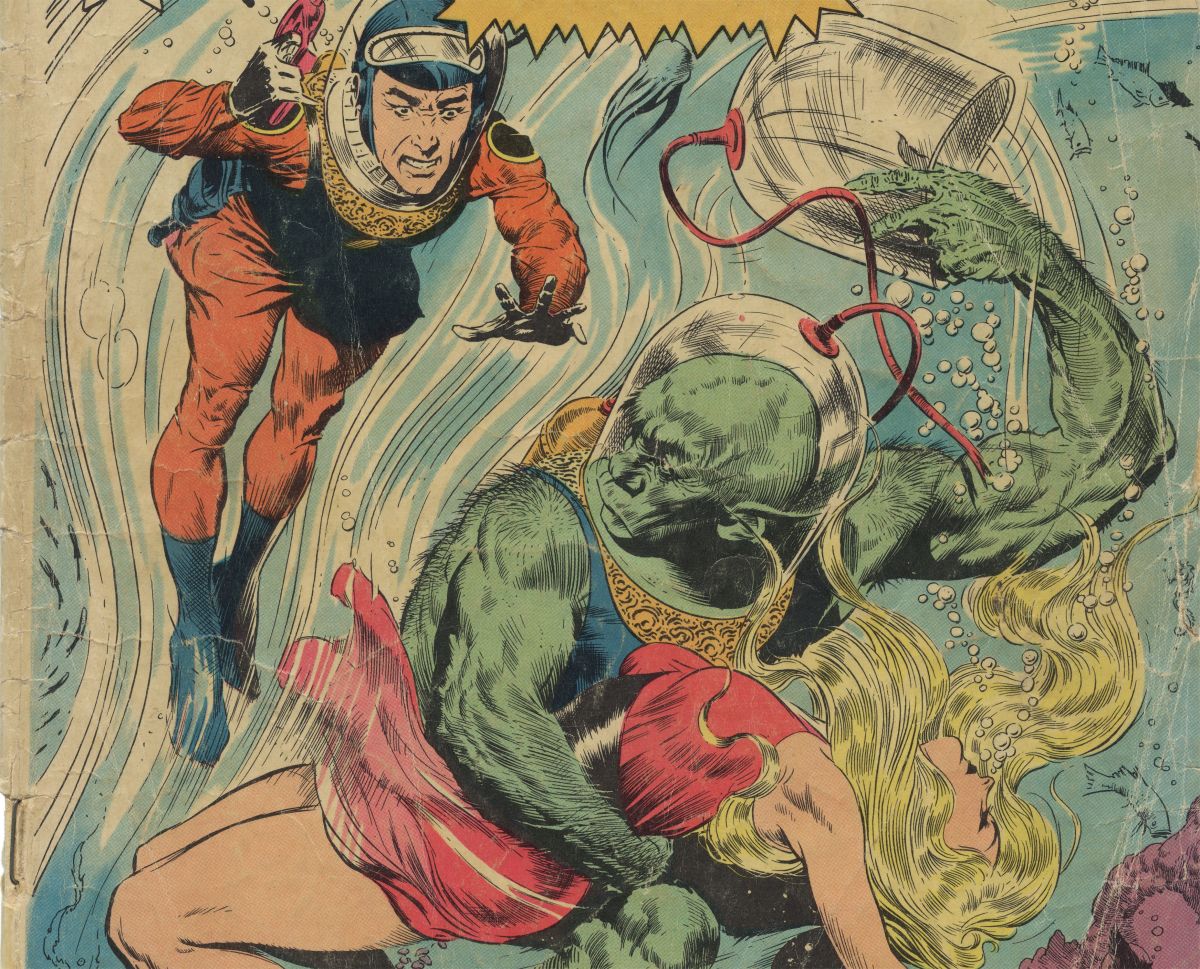 Malcolm Mobutu Smith on comic books, collecting, and the exhibit he just put together based on that collection. Then, Bill Carroll uses the quantitative skills he developed as a chemist to analyze the billboard charts of the 1960s and 70s. Read More » 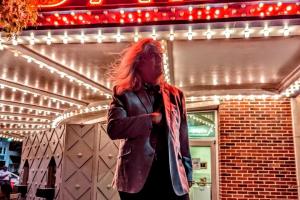 Writer and teacher Michael Martone on fiction without narrative, teaching without grades, and writing about Indiana beyond corn, basketball, and sugar cream pie. 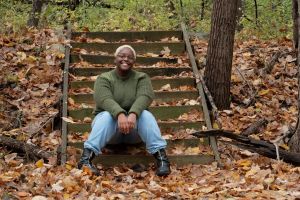 First, a conversation with artist Honey Hodges about collages, immigrating to the U.S., and the opportunity to care for someone who has always taken care of you. Then, naturalist Jim Eagleman reminds us why we should go outside in the winter, and at night. 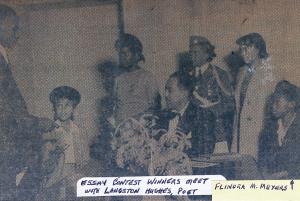 Three stories. One about the challenges of accessing books in prison. One about how overlooking a neighborhood’s history has affected the place. One about a comic book artist who has yet to experience writers’ block. 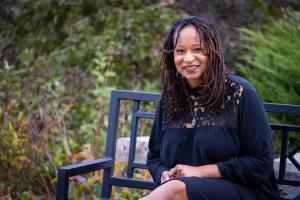 Mothering on Two Sides of the Atlantic

A conversation with novelist Jacinda Townsend about her new novel, which tackles the subject of motherhood from two perspectives on different sides of the world. 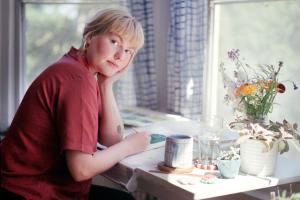 A Graphic Novel about the Medicalization of Death and Dying

The graphic novel Headland is about a woman in a hospital, the wilderness she visits in her mind, and the tortoise she meets there. It’s also about the medicalization of death and dying. This week, we talk with the author, Kate Schneider. Plus, Midwestern Movies, with Alicia Kozma. 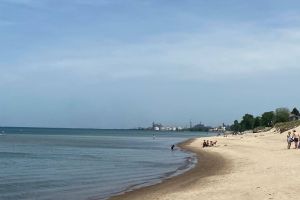 Scholar and writer Ava Tomasula y Garcia tells the story of the Calumet Region, how the gas boom started with a bang, brought major industry and new racial dynamics, and why “the Rust Belt” is a bit of a misnomer. 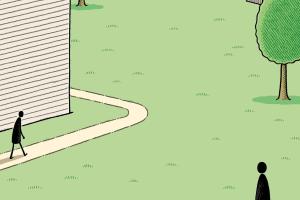 People from Bloomington: A Short Story Collection from Indonesia (replay)

In 1980, the Indonesian fiction writer Budi Darma published a book of short stories called People from Bloomington. The English translation came out this month. This week on Inner States, translator Tiffany Tsao on Indonesian literature, Budi Darma, and Twitter. 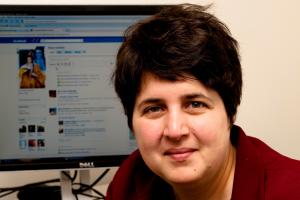 Who Makes Decisions At Work

A lot of people who’ve quit jobs lately thought they were sticking it to the man. But their employers - and coworkers - apparently didn’t realize. This week, anthropologist Ilana Gershon on power in the workplace and what it means for democracy. Plus, a conversation with singer-songwriter Lucinda Williams. 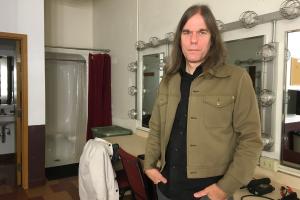 Graham Reynolds has composed for film, ballet, theater. He also leads a band that puts on great live concerts. And he wrote a rock opera about Pancho Villa. This week, we talk about all that with Graham. Plus, poet Ross Gay, delighted. 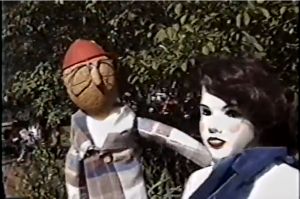 Oscar Wilde on trial, then two puppets get married

Two performances: the trials of Oscar Wilde on stage, and a puppet wedding. And more. 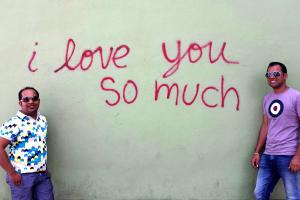 Replay: Love and Citizenship in the Heartland

It was a summer day when Nancy and Kim found out they could get married. They both had other plans for lunch, so they waited till 3. Stories of love and citizenship, this week on Inner States. 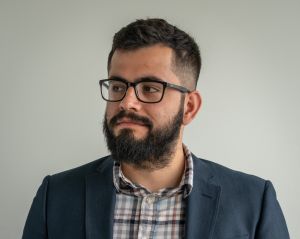 Historian Emiliano Aguilar on Latinx politics in East Chicago, how political representation isn’t necessarily a panacea for historic discrimination, and why we should keep paying attention to local politics. 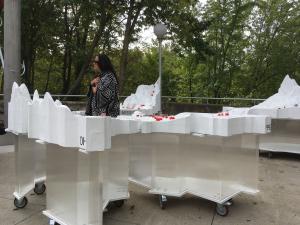 Indiana doesn’t touch the Mississippi River, but it’s still bound up with it. This week, we talk with Monique Verdin, Liz Brownlee, and others, about those connections. Plus, a review of Ian Woollen’s Sister City. 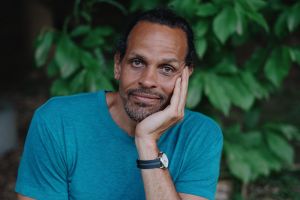 Ross Gay’s new book of essays, Inciting Joy, comes out this week. On this episode, we talk about his new book, about masculinity and grief, teaching and survival, and how joy and sorrow are completely, inevitably, intertwined. 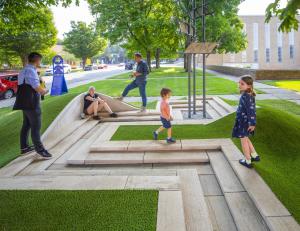 Who to Remember and How (Updated)

A walk among memorials and public art pieces in the fall of 2021. We talk with creators, participants, and passers-by about the meaning of public art, about Native presence in a state named for Indians, about immigration, Christopher Columbus, Columbus, Indiana, who we choose to remember, and how. 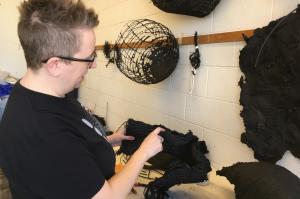 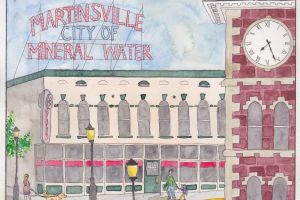 How to Survive the Future Episodes 4 & 5

This week on Inner States, episodes 4 and 5 of How to Survive the Future, a podcast about today, from the perspective of tomorrow. 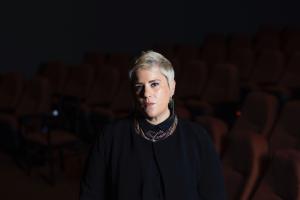 Replay: Loving Movies Beyond All Reason

The work of women in film has been overlooked since the beginning of movies. Alicia Kozma, incoming director of the IU Cinema, is working to change that. 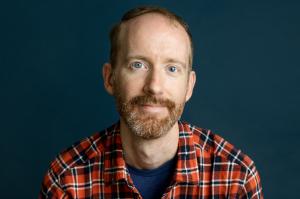 Comics and the Moral Arc of the Universe

Even after doing the March Trilogy with Congressman John Lewis, artist Nate Powell thought social progress was inevitable. Then came the 2016 election. His new book of graphic essays reckons with what that meant as a parent and citizen. 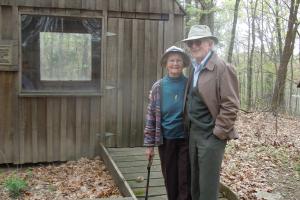 Henry Gray has been alive for a century. This week, he reflects on the 70 years he had with his wife, Alice, on growing up in Indiana, and on getting old. And Kaity Radde visits the Bloomington Catholic Worker. 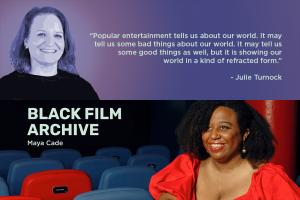 Special Effects, Black Cinema, and a Touch of Nostalgia

Film scholar Julie Turnock explains how a style developed by 1970s auteurs has shaped special effects in today’s blockbusters. And Maya Cade, creator of the Black Film Archive, on how The Wiz helped get her through the pandemic. 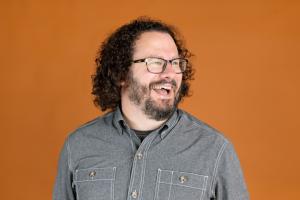 Music critic Stephen Deusner talks about the book he wrote about the Drive-By Truckers, the South, the masculinity of Jimmy Carter, and more. Plus, a review of a local band that made President Obama’s best-of list. 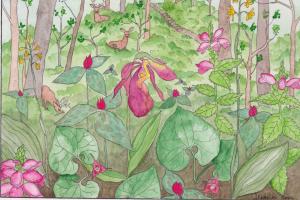 How to Survive the Future Episode 3 & Keep Calm and Carillon

Two stories this week: A walk through McCormick’s Creek State Park in the spring of 2045 or so, and a mystery that takes place in a bell tower. 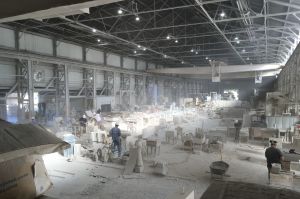 Replay: Joyce Jeffries and the Cutters

Limestone work used to be quite dangerous. Joyce Jeffries remembers workers, including her grandfather, dying or getting injured. It’s gotten safer though. This week, Joyce, and others, on limestone. 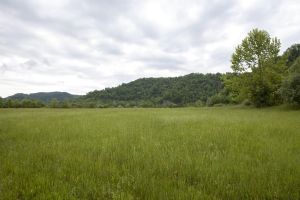 The Prison They Didn't Build

There's a meadow in eastern Kentucky where people sometimes hunt mushrooms, get married, attend a music festival. Something that's not happening? There's no prison getting built. This week, Judah Schept tells us why that prison was a close call.