We pull back the curtain to reveal IU's special effects crew playing with their food, and an activist whose support allows Cardinal to stage challenging plays. 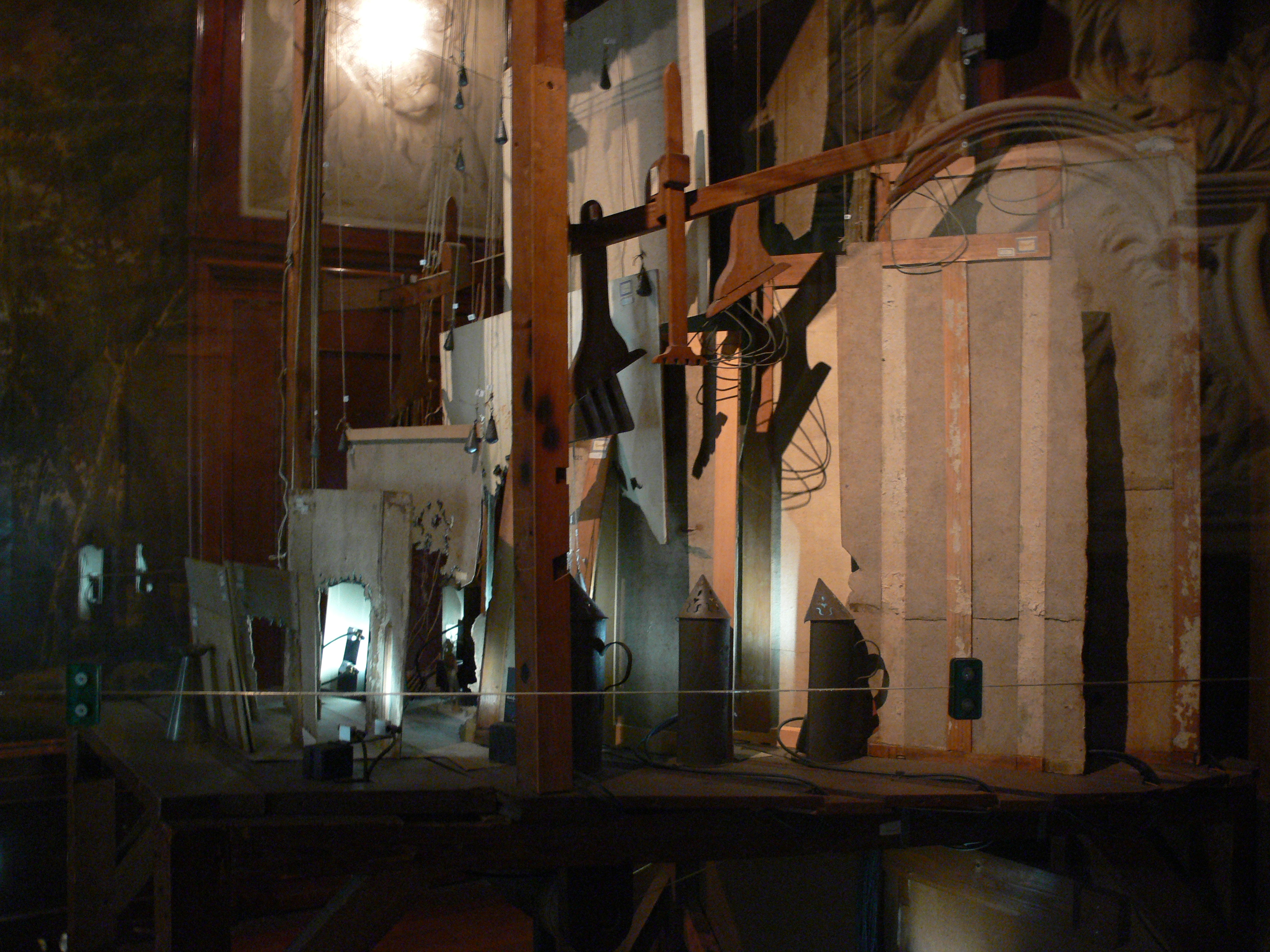 “Knowing what a broken neck sounds like — well, I think we have to extrapolate a little bit…The cast was experimenting with carrots when I came into the process, and it was pretty underwhelming — it sounded like a carrot breaking.”

Today at the café, we investigate some of the more macabre uses of a carrot, a chopstick, and uncooked lasagna noodles. The theatrical effects crew behind the recent Indiana University Theater production of The Duchess of Malfi share their tricks of the trade. American Student Radio’s Sheila Raghavendran makes her debut at the café to show how a sound designer conspired with a costume designer to enhance the illusion of life–and death–on stage. And we step backstage for a conversation with a theater benefactor in Bloomington, who, in her golden years, has chosen to express her longtime activism by sponsoring the production of plays that matter. Annie Corrigan speaks with patron Glorianne Leck, who has helped support a number of thought-provoking Cardinal Stage Company productions.  Over the last six years, her patronage has allowed the theater troupe to put on shows they might not otherwise have been able to afford. And it gives Leck a leading voice in the conversations happening in her community.

“We live in a world in which money is guiding artistic decision-making all over the country. That’s the choice this country has made. If you’re going to ask me, are we pure? No. We are guided by what people want to see and what people want to sponsor. I just take it into account and do the best job I can in terms of doing things that I think have artistic credibility, and speak to the community in ways that are going to engender conversations that are going to be useful.”

And we look forward to a big weekend of music and dance from the African diaspora. IU’s African American Dance Company presents its 19th Annual Dance Workshop on March 3 and 4 in the Neal-Marshall Black Culture Center at IU Bloomington.  The AADC was founded in 1974, as part of the African American Arts Institute. Iris Rosa was named the dance company’s first director — and she’s been in that role ever since. We reprise a salute to Rosa we produced on her (and the company’s) 40th anniversary.

The Art Of Bringing Death To Life

IU's theatrical effects designers deployed everything from corn syrup to uncooked lasagna noodles to turn the The Duchess of Malfi into a real horror show.

The African American Dance Company family celebrates the legacy of director Iris Rosa, who students refer to as their mom away from home.