The Way We Gather, The Lives We Touch, The Legacy We Leave

A gathering of friends in Brown County might have to change to continue; friends of a beloved Bloomington artist gather to remember. 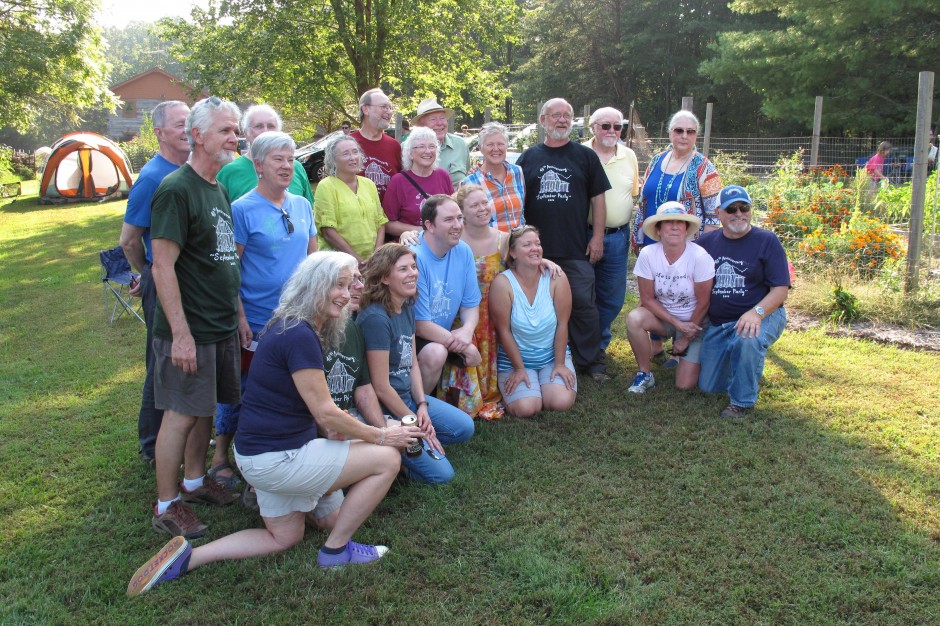 Those who attended the original September Party in 1976 reunite for a photo in 2016.

It’s the time of year for traditions and reunions. We reflect on one long-standing reunion, and convene another.

Some of us never want anything about our favorite traditions to change, but sometimes they must. A group of friends in Brown County is grappling with this dilemma. The September Party started in the 1970s as a get-together for a few families.  40 years later, their kids and grandkids are just as invested in this annual gathering. For some attendees, the event is right up there with Thanksgiving and Christmas. But there are tough conversations to be had as one generation thinks about passing the torch to the next. Annie Corrigan tells the story of a tradition in transition.

And as we gather together, friends and family remember the late Bloomington artist and musician Sandy Wood Taylor.  An accomplished flutist, jewelry designer, and leader in the Bloomington arts scene, Taylor passed away earlier this year. We’ve invited Sandy’s family, friends, colleagues, and a surprising protégé to remember her.

We Gather Together: An Annual Tradition In Transition

Old friends have been gathering in Brown County every fall for the past 40 years. Now, the next generation is trying to find its place in this tradition.

It's the rare artist who maintains a serious stake in visual arts and music. Family, friends, colleagues, and a suprising protege remember Sandy Wood Taylor.