The story of an activist-turned-poet, and a poem-turned-historical-artifact, plus an investigation of the bustling world of adult coloring. 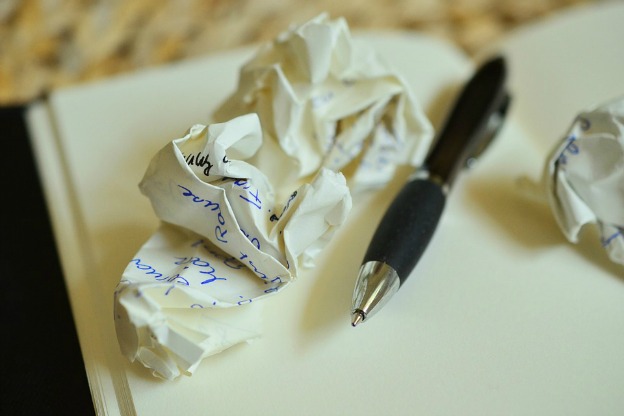 Today, an activist, academic, and educator chooses the artist’s path to best express herself and affect change. Soon after Alexandria Hollett read her original poem, “Blessed Are The Persecuted: An Open Letter To The Indiana Legislature” off  a crumpled sheet of paper at a rally in Bloomington’s Karst Farm Park, she was approached by a museum curator, who introduced himself using his standard line, “I’m from the Indiana State Museum. Do you have a moment? I’m interested in your story and whatever you have in your hand.”

All of us have become more aware that the difficulty in getting materials like this exponentially increases with the passage of time, because so much of it is ephemeral. It’s paper. It’s an outfit that goes out of style. It’s not going to be there in twenty five to thirty years.” –curator Mary Jane Teeters Eichacker

Annie Corrigan follows the scrap of paper that turned an activist into an artist and current events, into history. Also, on the occasion of Indiana University Press’ publication of Color Your Campus: Indiana University, we investigate the cultural phenomenon that is adult coloring.

“The art-making process evokes a psychic and a biological equilibrium that artists have understood and explained since the beginning of time… I think picking up a coloring book is an accessible way to feel like you are doing something artistic. And doing something artistic and making something makes us feel better. Just to have some kind of a statement—-maybe not on a conscious level–that we actually exist.” –art therapist Juliet King

Whether stress reliever, creative outlet, antidote to screens, or happy hour pastime, coloring has become popular among adults and lucrative for publishers.

At The Intersection Of Academia And Activism, Alexandria Hollett Found Poetry

Alexandria Hollett's poem "Blessed Are The Persecuted: An Open Letter To The Indiana Legislature" was a lifetime in the making.

Curators explain why the Indiana State Museum is actively collecting items associated with current events, instead of using the 25-year rule.