“In A World…” On The Border Of Nature And Culture

The place where culture meets nature is fertile ground for artists Rosamond Purcell and Melanie Pennington. And "in a world" where all movies last 3 minutes. 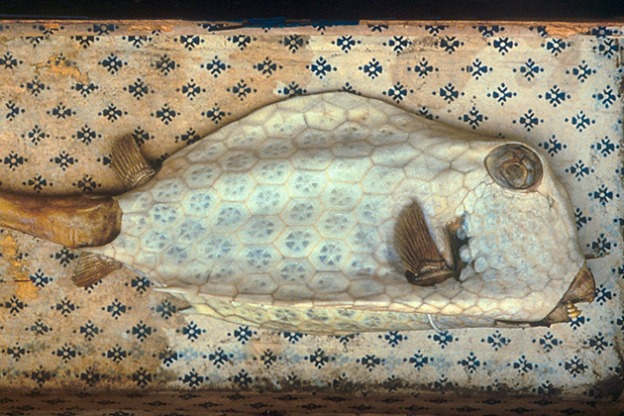 Photographer Rosamond Purcell was standing in a junkyard when she found the most breathtaking thing she’d ever seen:

“A book that had been chewed up halfway through by mice or squirrels and made into a nest,” Purcell recalled. “So that it was half book and half nest and I’d never seen anything in the world that was such a crossover between the man-made and a natural phenomenon.”

The find launched Rosamond Purcell on a lifelong exploration of the intersection between nature and culture. We share our conversation with the renowned artist, whose photographs are currently on view in the exhibition [Re]Imagining Science at Indiana University’s Grunwald Gallery.

Melanie Pennington is another artist who makes art at the juncture of civilization and wilderness. The sculptor found inspiration in a West African talisman:

“It’s a fetish object, it’s a ritual object, that is kept alive through sacrifice, blood sacrifice,” Pennington explained.  “If you don’t keep it alive, disaster could occur.”

Channelling primal energies in the service of healing and protection is a part of Pennington’s process. We speak to the visiting professor in IU’s School of Art and Design as she prepares to install her massive beasts in Louisville and Chicago.

And coming soon, to a theatre near you:  the second annual TrailerFest Film Festival comes to the IU Cinema Saturday November 12, indulging everyone’s guilty pleasure with a cornucopia of trailers made by independent and amateur filmmakers, for films that, mostly, don’t exist.

Securing the perimeter of her home place are Pennington’s own hulking forms, equally redolent of anatomy and primal energy, possibly demanding a blood meal.

“In A World…” Of Fake Film Trailers