Campbell And Wolin: Struggles In The Heartland 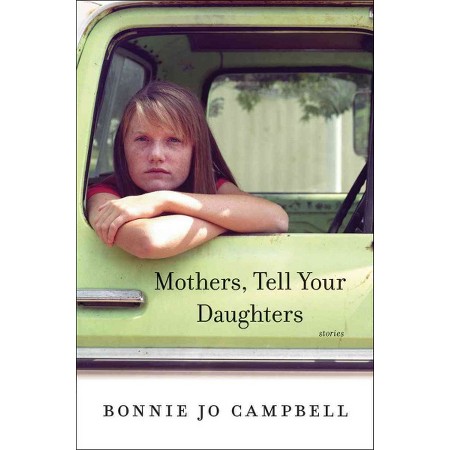 Bonnie Jo Campbell knows how to write a tough broad, in a tight spot—

“I would have dressed him out for dog food, or fed him to you kids, if he hadn’t been so gorgeous, but a good-looking horse, like a good-looking man, can always find a place in somebody’s stable.”

It might seem hard to love Campbell’s unapologetic rural heroines, but not for the award-winning Michigan-based fiction writer herself-

“I love my characters! I can’t even write about a character I don’t love, I gotta be honest, I love even the bad ones!”

“This one guy—it’s a hot summer day—he’s got his shirt off, he’s got a lot of tattoos, he’s drinking a fifth of Jack Daniels, right out of the bottle. A kid near him is skinning a raccoon.”

Jeffrey Wolin is also known for his rough characters. The photographer headed for Bloomington’s mean streets during the crack epidemic of the late ‘80s. Over the course of taking hundreds of portraits, Wolin and his subjects developed a deep mutual affection and respect, regardless of the gulf between their circumstances—

“There I was, this IU professor with a camera. And especially as I would bring back pictures each week, I became known as ‘picture man’. The guy who did the pictures of everybody, of babies just born, high school graduations, proms, marriages, weddings. Whatever the event was, I was there to photograph.”

After the 2016 elections, pundits attributed the surprising outcome to “working class anger.” Today at the Café, we turn to two artists who have dedicated themselves to representing life in America’s lower socio-economic strata.

Campbell’s fictional world, a New York Times reviewer wrote, “is a place of unremitting struggle… Her characters tend to be so awash in troubles–that survival becomes, by necessity, their main occupation.” The Kalamazoo-based novelist and short story writer has been a finalist for the National Book Award in fiction and the National Book Critics Circle Award for Fiction. She teaches at Western Michigan University, but is spending the spring 2017 semester as the  Mary Rogers Field and Marion Field-McKenna Distinguished University Professor of Creative Writing at DePauw in Greencastle, Indiana, so we invited her to the Café.

From out in the boonies we head downtown, but things are hard all over. During the crack epidemic of the late 80s, Indiana University photography professor Jeffrey Wolin ventured over to Bloomington’s housing projects and started photographing people in the neighborhood. Thirty years later, more bad news from Pigeon Hill brought him back. He tracked down over a hundred of his original subjects and took new portraits. After having been exhibited around the world, the time-lapsed pendant pairs were published in early March 2017 in the book Pigeon Hill, Then and Now, and a German TV news program turned to the project as a good place to start to understand poverty in the US in the aftermath of the election. We’ll share a conversation with Wolin and one of his subjects about life on the hill, produced when the longitudinal photo project was first exhibited.

Wolin will be signing copies of his book Friday April 9, at Pictura Gallery in Bloomington.

Living To Tell The Tale: Pigeon Hill, Then And Now