Seaside Cafe: Bobo Books, Melville In Love, And One Day In May

Escaping our landlocked coordinates for the shore, we take pictures at Lake Monroe, invent an imaginary seaside in verse, and pursue the great white whale. 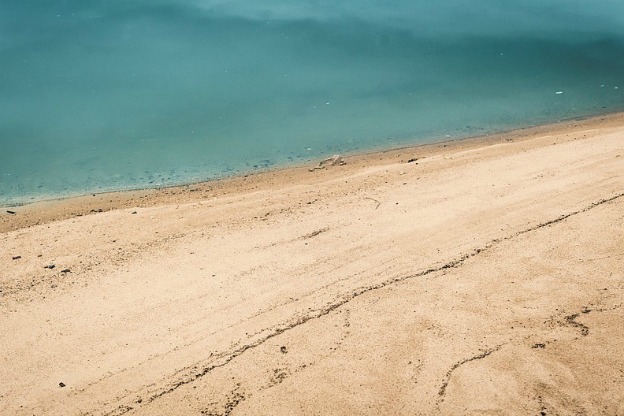 This week on Cafe Indiana, we escaping our landlocked coordinates for the shore.  In the stories on this episode, we follow a photographer snapping away at Lake Monroe, hear how a child invents an imaginary seaside in verse, and learn that the inspiration for Herman Melville’s tale of pursuit of the great white whale may not have been entirely nautical.

In the late 1840s, Herman Melville was on the threshold of a great career. His first two novels had been met with critical and financial success, and audiences craved his tales of life among exotic tribes in tropical locales. But something happened in 1850 and 1851 to derail Melville’s life and career, even as he was crafting what would become an iconic American novel—Moby Dick. Indiana State University Professor of English Michael Shelden has written a book about it called Melville in Love, and he spoke with WFIU’s Will Murphy about it.

“Friday, May 20, 2016 was a typical spring day in Indiana.” So begins the preface to a soon-to-be-published book from Indiana University Press. What wasn’t exactly typical, however, was the fact that nearly 300 Hoosiers across the state spent that day taking pictures of their surroundings, hoping to represent something meaningful about that place and time. WFIU’s Sarah Panfil accompanied one photographer who participated in the press-sponsored contest.  This fall, in celebration of the bicentennial, IU Press will be publishing a selection of the winning photographs in the book One Day in May: 24 Hours in The Life of Indiana.

Dr. Emily Bobo is a Bloomington-based poetry and fiction writer who has garnered numerous distinctions in her field, from two nominations for the Pushcart Prize, to the President’s Award for Excellence in Instruction at Ivy Tech Community College, where she teaches English. Since 2009, Bobo has helmed a service learning project that offers free, after-school poetry workshops. This year, that program, which is called Art into Poetry, has produced the first in a series of books—the profits from which will feed hungry children. I speak with Bobo and some of her young contributors about Bobo Books: 1.1.1.

Bobo Books: A Salute To The Sustaining Power Of Poetry

A new series of books combining poetry and images documents some Bloomington children's first forays into poetry while offering tangible sustenance to others.