A salute to women who start art museums in cornfields, fly planes from recliners, play accordion while civically engaged, and aspire to be linebackers. 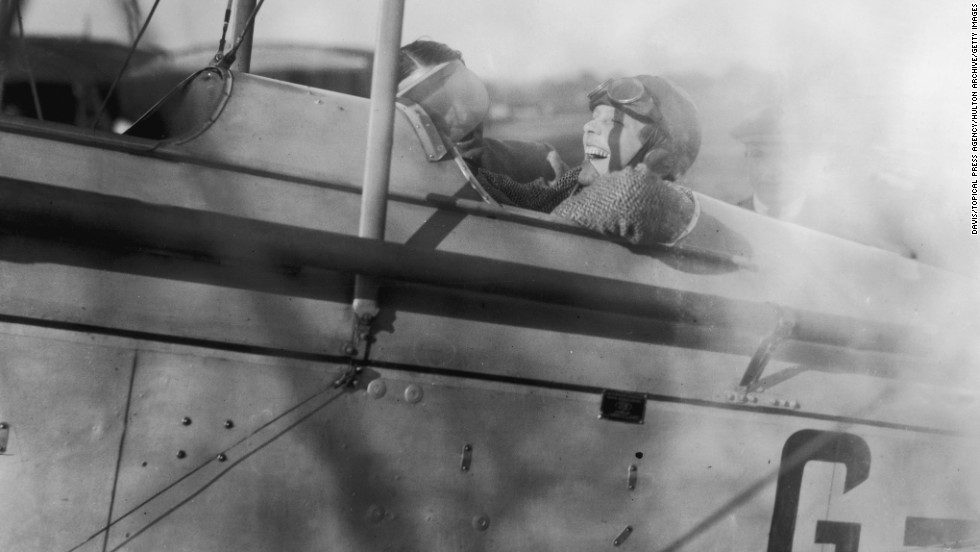 “The first time a friend of ours saw Onya she was building Spellbound house, most of it herself. She was in a flaming red Mexican skirt, hauling concert blocks up with a rope, building that house.”
–Judith Lawless on Onya La Tour

“She said when she came back not too long ago they were honoring the athletes and somebody walked up to her and said, ‘Oh were you a cheerleader here?’ She goes, ‘Yeah still happening.'”
–Mary Ann Macklin on Debbie Millbern Powers

“I am an Army reservist.  My husband was active duty Marine Corps.  My father was a  Naval aviator.”
–Tara Briggs

“She had all the fingers on both hands in something. Bless her heart.”
–Steve Pollitt on Sophia Travis

“I think there was definitely a lot of ‘Who is this woman?'”
–Anastasia Karpova Tinari on Onya La Tour

So who was she? Today at the Cafe we spotlight creative women we’ve met over the years and want to reintroduce. Some of them aren’t with us any more, but their legacy lingers on, in Indiana and beyond. We begin with the story of a maverick and muse, who brought modern art to the Brown County Hills. Onya La Tour founded the Indiana Museum for Modern Art in a farmhouse outside Nashville, Indiana.

Continuing our salute to women leading artistic lives in the Hoosier state, we speak with Mary Ann Macklin, a Unitarian Universalist minister. She’s also a writer. While working on a novel, she drew inspiration from legendary Hoosier athlete Debbie Millbern Powers’ memoir, Meeting Her Match.

Reading the memoir, Reverend Macklin felt a kinship with Powers about being a female athlete in the days before Title IX. Next, we share a conversation between two women linked by their connection to a different, yet similarly male-dominated world—the military.

Army reservist Tara Briggs did a tour in Afghanistan in 2009 and 2010 before coming to Indiana University for law degree.  After seeing Cardinal Stage Company’s production of the play Grounded, she sat down with Greta Wohlrabe, the actress who played a female fighter pilot who is grounded and reassigned to operating drone strikes.

Finally, we salute a fixture of Bloomington’s music scene and its civic life with the story of a song she inspired when she left it way too soon. Sophia Travis played classical music, tango, and rock and roll, and served on the Monroe County Council for four years–as president for one. She was running for the council again when she passed away in September 2012.

Planting The Seed Of Modernism In The Brown County Hills

Onya LaTour had hopped a freighter to Russia and run an art gallery in Puerto Rico before opening the Indiana Museum of Modern Art in a Nashville farmhouse.

Rev. Mary Ann Macklin is writing a novel. Reading "Meeting Her Match" was as much research as it was a trip down memory lane.