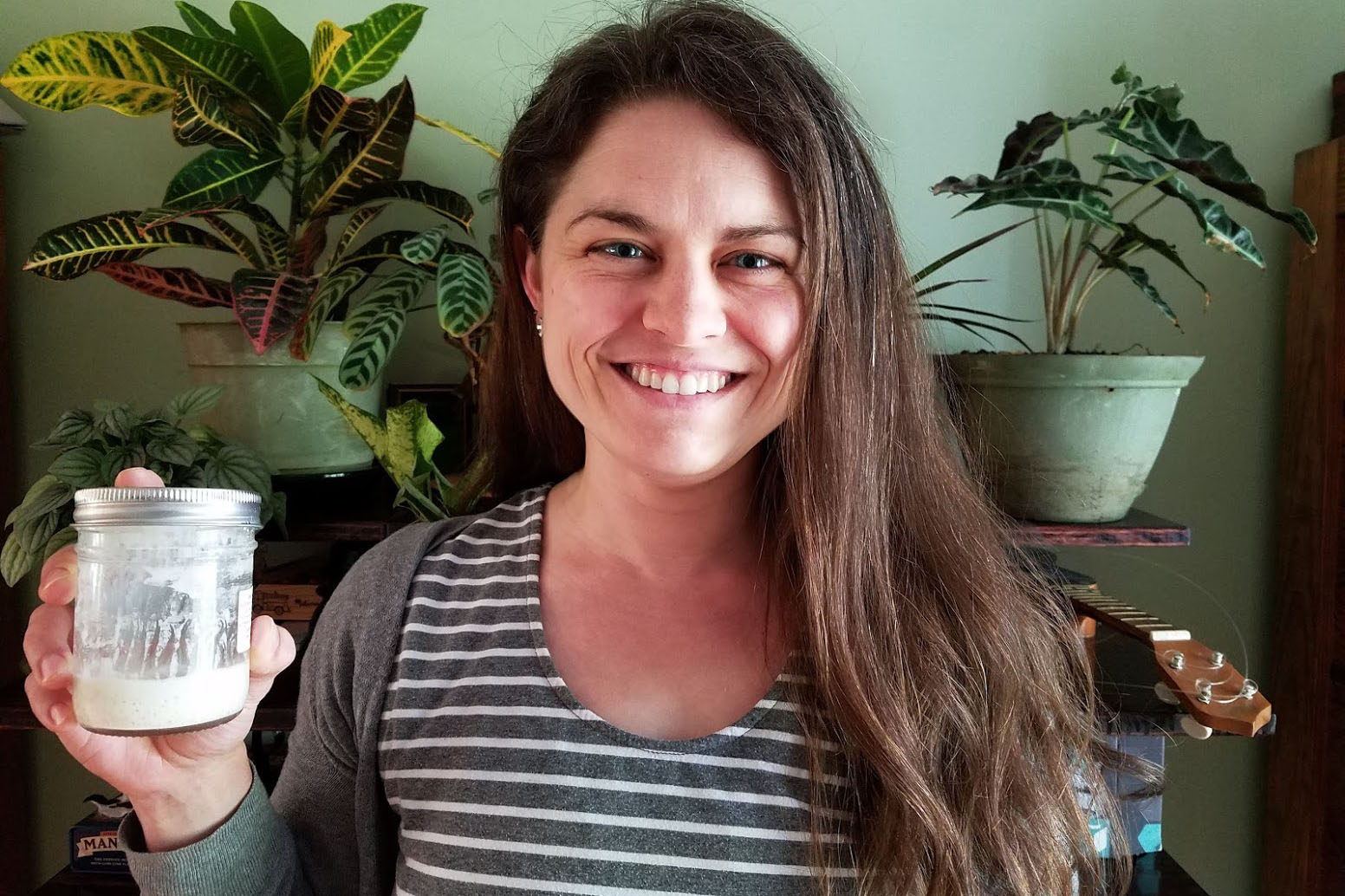 “This is the question on the minds of every San Franciscan. Is San Francisco sourdough starter reproducible anywhere in the world? Or is it truly like, just in that region?”

Scientists at North Carolina State University have studied the science of sourdough bread for around four years. They like to say we know less about the microorganisms in our foods than we know about the creatures living in the deepest parts of the sea. “One of the overarching themes that we [have] found is that for every question [where] we think that we're getting toward an answer, it's like a Hydra,” says Erin McKenney, a microbial ecologist. “Nine or 15 other questions pop up.” A starter begins with just flour and water. As you gradually refresh and stir your starter, it ferments, becoming inhabited by yeasts and bacteria. Sounds simple, but it’s full of mystery. “Bakers all over the world know that at 10 to 14 days old, your starter has developed from glorified paper mache paste to something that bubbly and alive and that will leaven your bread,” says McKenney. “It won't make a rock cake. But nobody's ever really looked at is it really 10 days? Or do you have to wait a full 14 days? And what exactly are you waiting for?”

A recent endeavour, The Global Sourdough Project, worked with “citizen scientists”  around the world to analyze the starters that people already had in their homes, to see what role geography plays in composition. For instance, it’s commonly said that the fog and temperature in the Bay Area has a noticeable effect on local loaves. But Dr. McKenney says that they found no “golden fingerprint” of the yeasts in San Francisco starts.

“I think that that has to do with each person managing their sourdough starter separately,” she says. And we don't really live in our outdoor environments that might drive the distribution of those yeasts, of this fungus, right? We live in these glorious caves that we built ourselves. And so we appear to have domesticated or surrounded ourselves with specific different bacterial and yeast species than we might find just outside our front doors.”

People around the world have starters that they’ve been cultivating for years. So the Global Sourdough Project was working with a dataset that had a lot of uncontrolled variables. In April of this year, during the onset of COVID in the U.S., the team decided to start a new project. “We saw the entire world started growing sourdough starters and baking sourdough bread once we were all at home, and we thought this could be a marvelous opportunity, one to engage folks who are already playing with bread, to also gather some data or take pictures of their starter,” she says. “If we can leverage that information for scientific knowledge, that's an incredible opportunity. And two, it gives us an opportunity to ask some questions and begin to address some of the questions that got opened up the last time we tried to study a different aspect of sourdough.”

The Wild Sourdough project invites anyone to begin a sourdough starter and to track how quickly it grows over ten days. Citizen scientists are also tracking their location, flour type, indoor or outdoor environment, and if they use tap or bottled water. They’re also tracking the scent of the starter. How do you quantify smell? The project provides an aroma wheel, based on research in Denmark. McKenney gives examples of scents. “Do I get grass? Is it fresh grass? Is it fermented grass? Do I get fruits? What types of fruits does this smell like? Am I getting grain? What types of grain or is it more like porridge or is it like a toasty grain?”

So far, over 1,700 people around the world have made and tracked starters for the project, each doing their part to contribute to the creation of knowledge. The team is doing a kind of “slow science” with Wild Sourdough - allowing the submissions to ferment into the fall without an official end date. McKenney draws all kinds of connections between this kind of research, and baking itself. “Baking was really intimidating to me for a long time,” she says. “There is a fair bit of chemistry to it, right? I mean, that's what underlies the transformation of a bread dough into a loaf. But I think, as I have learned, to trust myself, and to trust the microbes, right, it's been humbling as a microbial ecologist to go from, you know, I will extract your DNA in the lab, and I will, you know, analyze the DNA sequencing data with bioinformatics analysis, writing code, and being very specific and very exact. Going from that to a working practice of now just trusting... these organisms that I've studied and admired for so long, to do what they do.”

Music by Tentacles, swampsupnostrils, and Rhea Saturnmond via Soundcloud CC

Listen to this piece on the October 16, 2020 episode of Earth Eats.