Behind The Scenes At Anisette Sweet Shop 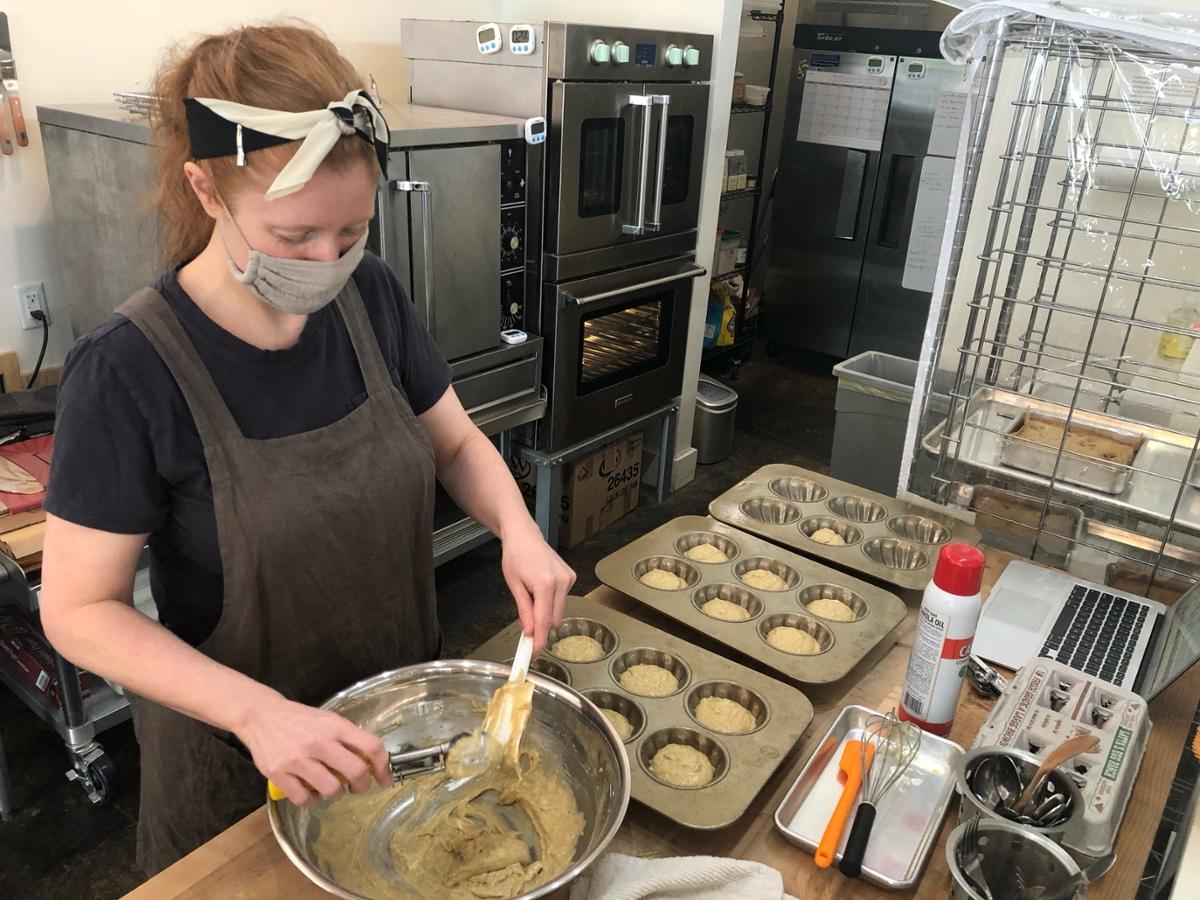 For Nicole and Jason Evans Groth of Anisette Sweet Shop, organization allows for creativity. A Google Sheet functions as a weekly production schedule for what items need to be prepped and baked. An Excel sheet acts a sort of treat Rolodex, containing over 80 core recipes and dozens of seasonal variations that Nicole has developed over her five years owning the store. “Every once in a while, I'll measure something and just happen to get the precise amount on the first try,” laughs Nicole, who like her husband is a musician as well as a bakery owner. “And I imagine that that's what it feels like to execute a guitar solo with your eyes closed.”

Part-time staff open and close the store using Google Forms, and even coffee extraction data is tracked meticulously. The two owners both have backgrounds in information science. Rather than keeping things static, they see this behind-the-scenes work as critical for a living, changing business. “Just like librarians, we feel like memorizing this information is a waste of time,” says Jason. “We prefer to create resources that can deal with the changing needs of the shop, so that we aren't constantly retraining but are, instead, actively updating our methods in a way that's easy to follow.” Nicole agrees. “I think in terms of making food, and thinking about how to produce food that you’re going to sell to a lot of people, there's a lot of organization that goes into that,” she says. “Having the creative desire and drive is one thing, but if you can't figure out how to get the stuff out, you're gonna have a hard time.”

Anisette is something of a Hoosier home away from home for me. I met Jason and Nicole in Bloomington, Indiana, where they both pursued advanced degrees in Information Science, and where Nicole also received a Master’s degree in Linguistics and taught computing in business courses at the Kelley School of Business. We all moved here around the same time when Jason and I were hired at NC State. The move to the southeast in 2013 marked a new opportunity for Jason, but also for Nicole, who loved to cook, bake, and talk about food. She was looking to make some big career changes.

“There is certainly an element of -- how do I describe this? I like to gamble,” says Nicole. “I have no problem sort of forging ahead and hoping for the best.” Soon after arriving in Raleigh, she scored a job as confectioner at Videri Chocolate Factory. At that time, she didn’t exactly have a resume full of restaurant or hospitality gigs, save for one notable experience. “My very first job as a 15 year old was at Long John Silver's,” she says. The rest of her work in kitchens was mostly at home, and when she did private catering gigs for friends.

But Nicole thrived at Videri, and in 2015, her recipe for a strawberry anise ganache won a coveted Good Food Award for the southeast. When she decided to branch out and start Anisette, she was paying tribute to this particular chocolate, and also to Videri, where she had braved a new world of work. “Anisette is a category of liquors flavors with anise that you find in places like Italy and Turkey,” she explains. “You see those flavors used in sweets a lot there. And those places were absolutely inspirations for the kinds of items that we’re making here.”

“I want people to have beautiful food that is not in any way intimidating,” says Nicole. “I don't think that anything that we're doing here is particularly innovative, but we're using flavors that maybe aren't traditionally found in an American bakery cakes or pies or whatever, [things] that might taste purely like sugar and fluff. And [we’re] presenting it in such a way that [customers] don’t feel intimidated, or like they’re going to have something weird.”

After all the work to move to a new state, train in a new field, and open a business, Jason and Nicole had settled into a period of stability at Anisette. They were hosting concerts and DJ sets on the back patio, and had even opened a second location. But in March of 2020, there were several small signs that their well-managed store was becoming destabilized because of the COVID-19 pandemic. First, they decided to put the creamers away, rather than have them be self-service. And eventually, they took away all their indoor seating. Their ability, as Nicole said, to gamble, and forge ahead, to be organized, and to be creative, were all suddenly put to a new test. Anisette was slammed, and they had to immediately begin handling phone and online orders, building out a web system, and deciding on ordering protocol. “I don't know how we did that,” Nicole says. “All of us just sort of flipped a switch. We became robots. I don't even really remember it, frankly.”

Over time, Anisette has adapted to the reality of COVID, with all pick-ups taking place in their front parking lot. They’ve been lucky to make it through the worst periods of uncertainty. “The average sales are considerably higher,” says Nicole. “And we speculate that it has to do with the fact that you can take your time ordering, and you can see everything online.” The two owners used to spend lots of time chatting with customers in the store about the day’s menu, or maybe just a Donna Summer record playing through the speakers. An outdoor pickup model isn’t conducive to the same kind of lingering. And so they’ve recreated the feel of the store online for the time being, with Jason producing weekly, very campy, menu videos.

Now, as restrictions loosen and Anisette’s staff is fully vaccinated, they’ve been able to start looking forward in a meaningful way, instead of just reacting and problem-solving. And once the patio re-opens and they can host events again, Nicole is looking forward to leaving crisis management mode and getting back to her core mission for Anisette. “Welcoming people in,” she says. “That's the idea. It's like we're having a giant dinner party.”

Hear the story on this episode of Earth Eats.