Afterglow is a weekly one-hour program of vocal jazz and popular song from the American Songbook, hosted by Mark Chilla. Each week, Mark highlights the best of vocal jazz and popular song from the 1930s to today, exploring a new topic about the greatest jazz singers, songs, and songwriters. Whether it’s the unlikely friendship between Frank Sinatra and songwriter Jimmy Van Heusen, the influence of Charlie Parker on jazz singing, or explorations of songs all about love, colors, or birds, Afterglow tells the stories of the American Songbook.

Afterglow airs on WFIU every Friday at 8 p.m and on WFIU2 every Sunday at 7 p.m.

Afterglow can currently be heard on several stations across the country though PRX, including:

The origins of Afterglow are rather misty now, but dogged detective work based entirely on an offhand reply from creator Dick Bishop leads us to believe that the program debuted on WFIU sometime in the late 1970s.

Dick took the title of the show and his theme from a Marian McPartland composition; all of the rest—the elegance, the passion, the laidback expertise, the congenial charm, and the delivery with a “martini moon” quality to it—came from Dick himself.

In addition to his considerable knowledge and love for the jazz and American popular song that he played every Friday evening, Dick also drew on his personal relationships and encounters with many of the performers that he featured.

Dick signed off on his last Afterglow program in January 2005, turning the show over to David Brent Johnson, who also hosts WFIU’s Night Lights. In February 2015 David passed the baton to Mark Chilla.

The theme music you hear each week at the beginning of the show is the 1933 Will Hudson, Irving Mills, and Eddie DeLange tune “Moonglow,” performed by Oscar Peterson 1956 Verve album Pastel Moods. Another version by the Benny Goodman Sextet sometimes shows up at the end of the show.

In the Dick Bishop years of the show, the theme was by Marian McPartland, a song called “In the Days of Our Love,” although it used to have a different title before Peggy Lee added lyrics to it. The title of the original instrumental tune was, appropriately, “Afterglow.” The recording used is by McPartland off of her 1993 album In My Life—McPartland gave Dick Bishop special permission to use this tune.

Afterglow is brought to you in part by the generous support of WFIU listeners and our corporate supporters. Please consider making a small contribution to help us keep bringing the program to you each week, or if you’d like to learn more about sponsorship opportunities, contact us.

We love to hear from our listeners. If you have a question, comment or a suggestion for a future program please don’t hesitate to contact us and let us know what’s on your mind. 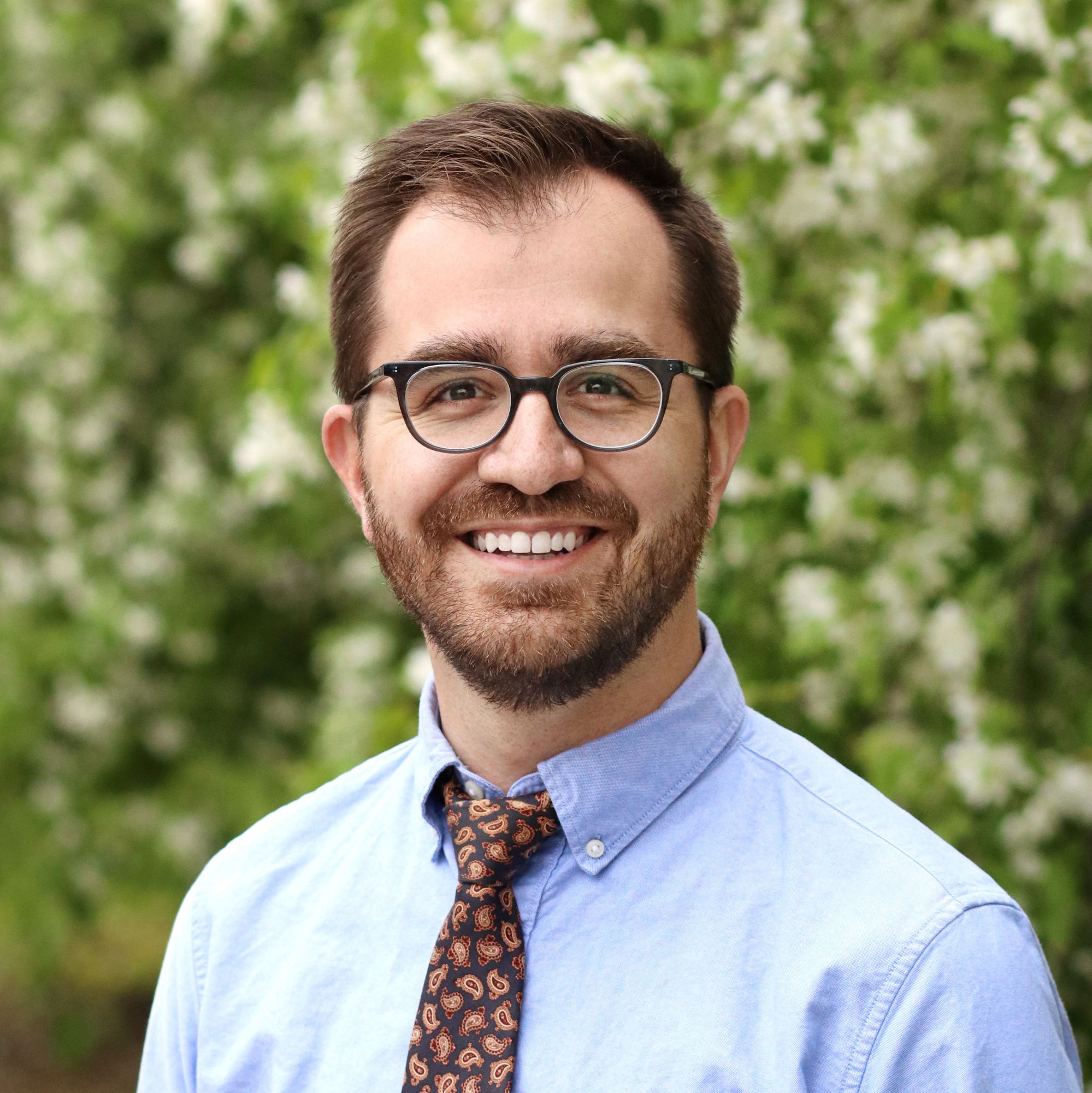 Mark Chilla took over writing and hosting duties for Afterglow in February 2015, after the nine-year tenure of host David Brent Johnson (and the three-decade tenure of Dick Bishop!).

Mark has worked at WFIU since 2013, where he has held a number of jobs, including Production Director, the host and head writer of the music trivia show Ether Game from 2013-2020, the local host of All Things Considered and Weekend Edition Saturday at various points, and reporter for the WFIU Arts Bureau. Currently, he is WFIU's Program Director and Morning Edition host.

A Georgia native, Mark has been a musician all of his life. He has degrees in music theory and voice from the University of Georgia and the Indiana University Jacobs School of Music, and has taught music at both IU and Butler University. He’s also a music scholar and educator, who’s given talks, taught classes, or published articles on varioius topics including the songs of Jerome Kern, Ella Fitzgerald, Peggy Lee, the Beatles, and even classic blues guitar music and modern hip-hop music.

When not hosting Afterglow, Mark is teaching others about music, playing guitar or ukulele, teaching his son about music, or singing with the Bloomington choir Voces Novae. He has sung in almost every kind of musical genre, including jazz—he sang with the group Classic City Jazz in Athens, GA, and even sang jazz professionally for a time!

Afterglow remembers the original host of the program Dick Bishop, who worked at WFIU from 1957 to 2015. Dick Bishop passed away on May 3, 2016. He was the first jazz host on WFIU, beginning with a 15 minute scripted program, moving on to Afterglow in the 1970s, and then to the show Standards By Starlight in 2012. Michael Bourne, WFIU’s former jazz director, said that Dick “was always cool and swinging.”

You can hear Dick’s final episode of Afterglow from 2005 in the link below, as well as remembrances from WFIU and the IU Newsroom.