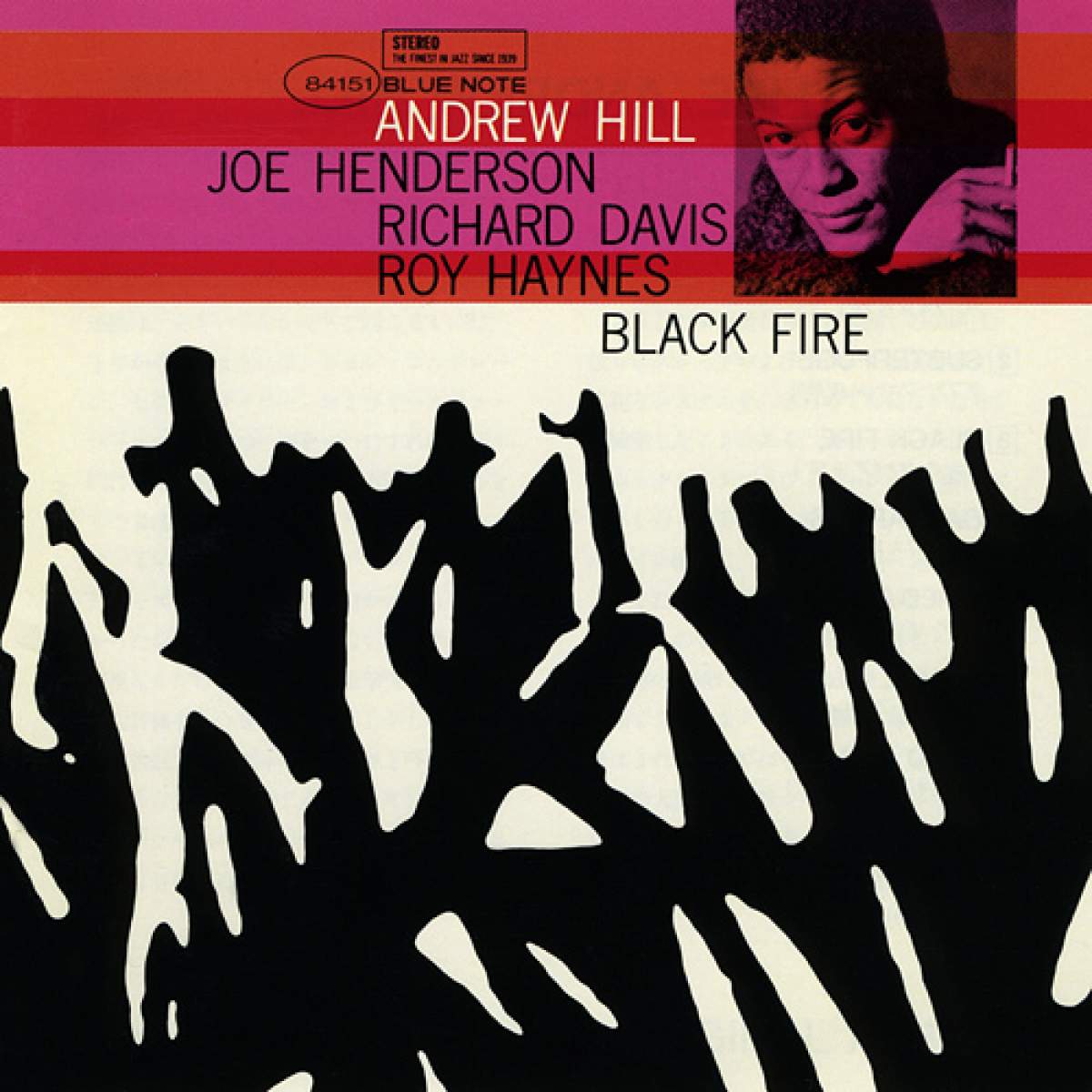 The year was 1963, and in America the civil-rights movement continued to gain momentum in the face of turmoil and violence, culminating in Martin Luther King‘s "I Have A Dream" speech, even as ugly rhetoric prevailed from foes such as Alabama governor George Wallace, who proclaimed in his inaugural address, "Segregation now,segregation tomorrow, and segregation forever." In South Vietnam Buddhist monks burned themselves to death in protest against the country‘s regime, and the Cold War continued apace, even though the United States and the Soviet Union signed a treaty limiting nuclear testing and established a communications hotline between the two nations. United States president John F. Kennedy proposed sweeping civil-rights legislation, but he would not live to see its passage; both he and civil-rights activist Medgar Evers would be assassinated in 1963. With America already entering a period of volatility and change, what was happening in the world of jazz?

Ironically enough, in such a time of upheaval, two of the most popular, iconic, and romantically laidback albums of modern jazz history were released--both named simply after the two primary musicians on each date, and recorded within a week and a half of each other in March. We‘ll hear from tenor saxophonist John Coltrane and singer Johnny Hartman in this first set-Hartman a rather obscure figure by 1963, and Coltrane a star who had just come through a period of controversy after his exploratory directions had gotten him labeled "anti-jazz" by a critic from DownBeat Magazine.

Tenor saxophonist Stan Getz was also enjoying a professional high point, riding the wave of the jazz bossa noval craze that he had helped launch in 1962 with his album Jazz Samba. In 1963 he teamed up with singer-guitarist Joao Gilberto and pianist- songwriter Antonio Carlos Jobim for an album that resulted in two hit singles that featured Joao Gilberto‘s wife Astrud on vocals as well--"The Girl From Ipanema" and"Quiet Nights Of Quiet Stars."

By 1963 the world of jazz was at least 15 years removed from the age when big bands had been at their peak--and yet two leaders from that previous era were entering new periods of creativity and vitality in the early years of the 1960s. In this next set we‘ll hear from Duke Ellington, who staged a civil-rights production in Chicago called My People for the centennial celebration of the Emancipation Proclamation. Ellington also traveled to Europe, where he recorded the ambitious Symphonic Ellington album, and from it we‘ll hear the third movement of his "Night Creature" suite, featuring the Paris Symphony Orchestra alongside the Ellington band.

The other swing-era leader enjoying a renaissance was Woody Herman, who landed on the cover of DownBeat in April 1963 with the headline, "Woody Herman‘s Swinging New Herd." Featuring young, propulsive musician such as trumpeter Bill Chase and drummer Jake Hanna, the new Herman orchestra bowled over critics and fans with its vitality. Jazz writer George Simon said the band

has the almost-forgotten sort of pulsating ensemble sound and drive that makes you want to cheer.

1963 was another turbulent year in the unfolding drama of America‘s civil-rights saga, and the premier jazz magazine, DownBeat, periodically reflected events. From time to time in its pages there was mention of civil-rights benefits being hosted by former baseball star Jackie Robinson, featuring big name acts from the jazz world. For the second year in a row the magazine convened a round-table discussion about race relations and jazz. And the magazine provided a forum for controversial writer Leroi Jones, whose article "Jazz and the White Critic" provoked a series of letters both pro and con for months afterwards.

Jones also documented the emerging avant-garde loft and coffeehouse jazz scene in New York City that would culminate the following year in the so-called "October revolution" of free-jazz musicians and composers. In the midst of all of this cultural and musical change, artists who had emerged from the earlier bebop and hardbop era sometimes managed to chart a new course for themselves. One such musician was alto saxophonist Jackie McLean, who put together a group with trombonist Grachan Moncur and vibraphonist Bobby Hutcherson that yielded a series of brooding, intense avant-bop albums. From the 1963 album Destination Out, we'll hear McLean and Moncur doing "Love and Hate."

The idea of love, brotherly and sisterly love for one‘s fellow human beings, fueled the famous speech given by Martin Luther King Jr. in August of 1963. King inspired a number of jazz tributes, which can be heard in the previous Night Lights show Dear Martin. He was a figure of inspiration to both younger and older musicians such as Duke Ellington, who met King in Chicago while the My People production was underway. My People featured an Ellington song called "King Fit The Battle Of Alabam" that saluted King‘s civil-rights struggles and triumphs in the South.

But Ellington was no newcomer to writing music that documented the black experience in America; his extended work Black, Brown and Beige Suite had debuted at Carnegie Hall 20 years earlier. In 1963 multi-instrumentalist Eric Dolphy, who had emerged as one of the most notable cutting-edge musicians in jazz, recorded "Come Sunday," an Ellington composition from the suite, for his album Iron Man. The music conveys the spiritual deliverance of the seventh day of the week, and could also serve as a translation into sound of the vision Martin Luther King Jr. had for the day when people of all races could gather together without hatred, violence, or sorrow.

Like Eric Dolphy, with whom he‘d soon work, pianist Andrew Hill had come out of a hardbop background with his own aesthetic that extended the music into new and adventurous areas. Dolphy and Hill, like pianist Herbie Hancock, represented the new jazz modernism of the mid-1960s. Hill was 28 when he began to record for Blue Note Records in 1963, and in one astonishing 8-month period he would make five albums that mapped out a creative sound-world, harmonically dark and luminous at the same time, much like the title of his Blue Note debut. We'll hear him doing his composition "Black Fire."

The year 1963 will always be synonymous with two key events: the visionary "I have a dream" speech of Martin Luther King, and the assassination of John F. Kennedy. The world of jazz, like every other cultural realm, was brought to a sad and stunning halt by the president‘s death. Duke Ellington‘s Middle East State Department tour abruptly wrapped up. Thelonious Monk‘s Philharmonic Hall concert in New York was rescheduled, and TIME Magazine scrapped 3 million issues with the pianist on the cover, replaced by new president Lyndon B. Johnson. In its January 2, 1964 issue, DownBeat magazine paid tribute to Kennedy, whose administration had been the first to host jazz musicians at the White House, saying that he "and his wife, in many ways, embodied the vitality--the vigor--of jazz." The magazine also noted the many letters of mourning it had received from jazz fans all over the world, as well as musicians such as Marian McPartland.

Kennedy had been preceded in death earlier that year by another man, and I‘ll end this edition of Night Lights with a 1963 concert recording by the avant-garde jazz group New York Contemporary Five that was dedicated to that man, and which serves as a eulogy for the president as well. On June 11, President Kennedy had delivered a stirring speech that called upon Congress to pass sweeping civil-rights legislation. Later that night, in Mount Bayou , Mississippi, civil-rights activist Medgar Evers was shot to death by a white supremacist in the driveway of his home. A veteran, Evers was buried in Arlington National Cemetery--where he‘d be joined five months later by President Kennedy. We'll hear the New York Contemporary Five, featuring saxophonist Archie Shepp and trumpeter Don Cherry, doing "The Funeral," on Night Lights.

April: Actor Gregory Peck wins the Academy Award for his portrayal of lawyer Atticus Finch in To Kill A Mockingbird. The soap opera General Hospital premieres on ABC.

May: Singer-songwriter Bob Dylan releases his second album, The Freewheelin' Bob Dylan, which includes the civil-rights anthem "Blowin' In The Wind."

July: The United States Postal Service begins using zip codes. Boxer Sonny Liston knocks out Floyd Patterson in the first round, retaining his title as heavyweight champion of the world.

August: The United States, the United Kingdom, and the Soviet Union sign a treaty limiting the testing of nuclear weapons. Martin Luther King Jr. delivers his landmark "I have a dream" speech to a crowd of 250,000 at the Lincoln Memorial in Washington, D.C. The Kingsmen release "Louie, Louie." The U.S.-Soviet Union round-the-clock "hot line", facilitated by a 10,000-mile-long cable connection, goes into operation.

September: Four African-American girls are killed in Birmingham, Alabama when a bomb planted by members of the Ku Klux Klan explodes in the 16th Street Baptist Church. The act of terrorism inspires saxophonist John Coltrane to write the brooding, elegaic ballad "Alabama". The New York Review of Books begins publication. The TV show "The Fugitive" premieres on ABC.

Watch a video clip of footage from the Chicago school boycott:

December: Malcolm X is suspended by the Nation of Islam for 90 days after saying that President Kennedy's assassination was a result of "the chickens coming home to roost." The Beatles' single "I Want To Hold Your Hand" is released ahead of schedule in the United States after a five-minute CBS news report on Beatlemania in Britain sparks American interest in the band.

Watch the CBS Beatlemania feature (the year listed on the embedded video is incorrect--this was actually a November 1963 broadcast: