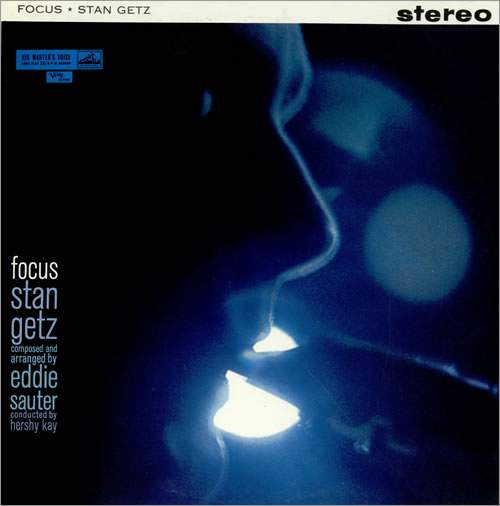 In 1961 John F. Kennedy took office as America's new president, facing challenges both at home and abroad. In the South, civil-rights advocates known as the Freedom Riders met violent and bloody resistance as they tried to integrate interstate bus travel. The Cold War escalated with a thwarted, U.S.-backed attempt to invade Cuba and the building of the Berlin Wall in East Germany. The Soviet Union became the first country to send a human being into outer space. In popular culture, the movie Breakfast At Tiffany's came out, the great writer Ernest Hemingway took his own life at his Idaho home, and Yankee outfielders Roger Maris and Mickey Mantle spent the summer chasing Babe Ruth's single-season home-run record.

In the jazz world, tenor saxophonist Sonny Rollins began to re-emerge from his self-imposed two-year sabbatical, just as avant-garde pioneer Ornette Coleman began a long retreat from the recording studio. Two bright, rising young stars of the jazz world, 23-year-old trumpeter Booker Little and 25-year-old bassist Scott LaFaro, passed away. LaFaro had been a member of pianist Bill Evans' trio, which made some live recordings at the Village Vanguard in New York City just a few days before LaFaro's death in a car accident. The recordings highlighted the Evans' trio's revolutionary, conversational approach, in which the bassist and the drummer played just as important a role in shaping the sound and direction of a piece as the pianist.

The Village Vanguard would play host to another notable gig later in the year, by tenor saxophonist John Coltrane. Coltrane was pushing musical boundaries with a quintet that included the cutting-edge, liquid-flame sound of alto saxophonist, bass clarinetist and flutist Eric Dolphy. The group would inspire one of the most famous, or infamous, critical attacks in jazz history, when writer John Tynan. In the November 23, 1961 issue of Downbeat, Tynan wrote

Go ahead, call me a reactionary. I happen to object to the musical nonsense currently being peddled in the name of jazz by John Coltrane and his acolyte, Eric Dolphyâ€¦ They seem bent on pursuing an anarchistic course in their music that can but be termed anti-jazz.

The article provoked such a pro-and-con storm that Coltrane and Dolphy sat down with Downbeat several months later to respond at length to the charge that they were out to destroy swing, tonality, and other elements of the music.

While John Coltrane and Bill Evans were revolutionizing jazz in powerful and quietly intense ways, two jazz giants entering their 60s were making history simply through teaming up in a studio together. Louis Armstrong and Duke Ellington had crossed paths only intermittently before-never for a full-length album project until this 1961 date that became known as "The Great Summit." Jazz critic Dan Morgenstern witnessed the sessions and wrote

The easy, warm rapport between these two great artists, their understanding of each other's needs and purposes, their mixing of high seriousness and frivolous banter, were a unique personification of jazz, at its warmest and tightest. It was a joy to be there, and a wonder to reflect on and bask in the youthful presence and spirit of these two men in their seventh decade of life, still finding challenges and discovering joy in their work.

1961 also saw two star soloists record albums with orchestral backing that ventured into the realm of the Third Stream, the convergence of jazz and classical music championed by musician, composer and conductor Gunther Schuller. In fact, Schuller conducted the large brass ensemble for one of the two albums, trumpeter Dizzy Gillespie's Perceptions, with music written and arranged by trombonist J.J. Johnson. The other, strings-based album, Focus, featured tenor saxophonist Stan Getz playing music written by the great arranger Eddie Sauter. Both records reveal stars born in the age of bop rising to the challenge of playing alone against a backdrop of complex modern orchestral music.

While Gillespie and Getz experimented with such Third-Stream records, saxophonist and clarinetist Jimmy Giuffre continued to push ahead with the trio he had formed in 1956, though the personnel was now different, with Paul Bley on piano and Steve Swallow on bass. "We've shaken off all schools," Giuffre told Downbeat in 1961:

Traditional functions of the instruments have been eliminated; we play what we feelâ€¦. My goals-complete freedom and expressiveness-put great stress on each player. We have to listen very closely to one another, much more so than in other types of unitsâ€¦What we do is a matter of collective improvisation wherein individual roles are constantly shifting from dominant to subordinate.

Giuffre was in the process of dispensing with keys, tempos, and harmonies, a musical philosophy that would find its fullest expression the following year in the trio's final record, Free Fall. What the trio left behind still sounds modern, and also often stunningly lyrical.

In 1961 tenor saxophonist Dexter Gordon, who had established himself in the heady bebop years of the late 1940s, was still making his way back onto the jazz scene after a prolonged absence throughout nearly all of the 1950s. In late 1960 he wrote the music for a West Coast production of THE CONNECTION, the controversial play about junkies and musicians, and played an onstage role as well. The following spring he went to New York City and began a successful run of albums with the Blue Note label. He told Downbeat writer Ira Gitler that he wanted "to get back in touch-to find myself musically again," and declared himself open to the ongoing experimentation in jazz, saying

All the different elements-soul, cool, Ornette Coleman, etc. go into the main body and keep it from getting complacent-give it a new flavor.

The flavor Gordon developed on his 1960s Blue Note albums had a joyous kick, full of swing and zing, cooking with a laidback but zestful rhythm.

I close out this 1961 edition of Night Lights with music from a group led by pianist and music theorist George Russell, a key figure at the Lenox School of Music in Massachusetts, the late-1950s summer institute that helped launch the jazz education movement. Russell had absorbed Indianapolis trombonist David Baker's group to make a series of bold progressive-jazz recordings, and in 1961 the sextet, now featuring the young trumpeter Don Ellis and alto saxophonist Eric Dolphy, made Ezz-thetic, an album that some consider to be its masterpiece, concluding with a radical reinvention of Thelonious Monk's jazz standard "Round Midnight." Decades later Gunther Schuller would write of it

Russell decided to play upon the song's title, to create a kind of musical evocation of nighttime alone in a city, with its strange, spooky sounds, its sense of eeriness

Schuller also praised the piece for its successful incorporation of then-contempoary free-jazz influences and singled out Eric Dolphy's saxophone solo, calling it "high technique at the service of profound expression." And David Baker would recall Monk once telling him that the Russell group's recording was Monk's favorite version of his classic tune.

January: The United States severs diplomatic relations with Cuba after Fidel Castro announces he is a communist. John F. Kennedy is inaugurated as the 35th President of the United States. Mitch Miller debuts his TV show, "Sing Along With Mitch." Chimpanzee Ham becomes the first primate in space.

July: Novelist Ernest Hemingway shoots himself at his home in Ketchum, Idaho. James R. Hoffa is elected president of Teamsters. A US commercial plane is hijacked to Cuba.

September: President Kennedy signs a law against hijacking. "Car 54, Where Are You?" premieres on NBC. A bill for the 1773 Boston Tea Party is paid by Mayor Snyder of Oregon. He writes a check for $196, the total cost of all tea lost.

November: A prohibition on tattooing goes into effect in New York City because of its role in the spread of hepatitis. The UN adopts bans on nuclear arms over American protest. Pro Baseball Rules Committee votes 8-1 against legalizing the spitball. The US stock market begins a seven-month decline of 25%.

December: The Territory of New Guinea (Papua) declares independence from the Netherlands. Fidel Castro declares himself a Marxist-Leninist who will lead Cuba to Communism. Martin Luther King, Jr. and 700 demonstrators are arrested in Albany, Ga. Anna Mary Robertson Moses (b.1860), US painter and folk artist known as "Grandma Moses," dies in Hoosick Falls, New York. Tony Bennett makes his first public performance of "I Left My Heart in San Francisco" at the Venetian Room of the San Francisco Fairmont Hotel.

(Special thanks to Night Lights assistant John Christopher Porter for his timeline contribution.)