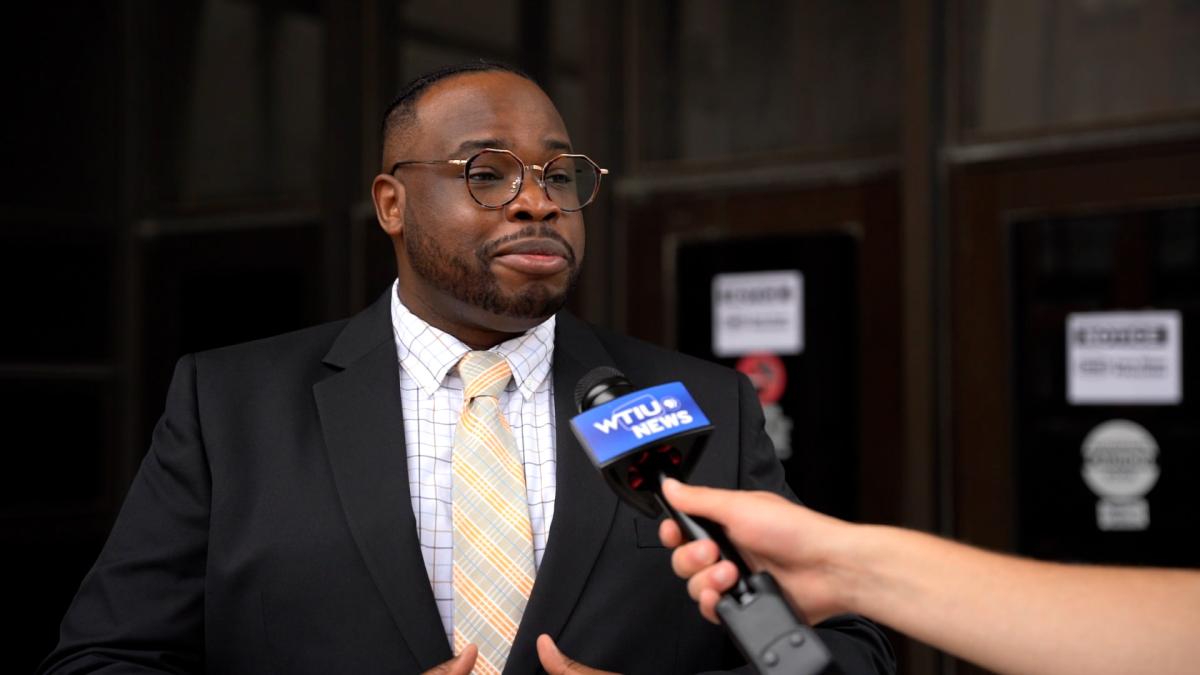 Vauhxx Booker speaks to the media outside of the Charlotte Zietlow Justice Center in August. (Alex Paul, WTIU/WFIU News)

Bloomington attorney Kitty Liell had been representing Booker pro bono since last summer, but said expenses would have been too large for a criminal defense trial. She said she would continue to help Booker as needed when it came to legal proceedings in the cases against Sean Purdy and Jerry Cox.

Booker was charged over the summer after he withdrew from an agreed-upon restorative justice process with Purdy and Cox, who he says jumped him and threatened to lynch him last year.

A pretrial hearing has been set for January 20.