Booker Not Forced To Testify About End Of Restorative Justice Talks 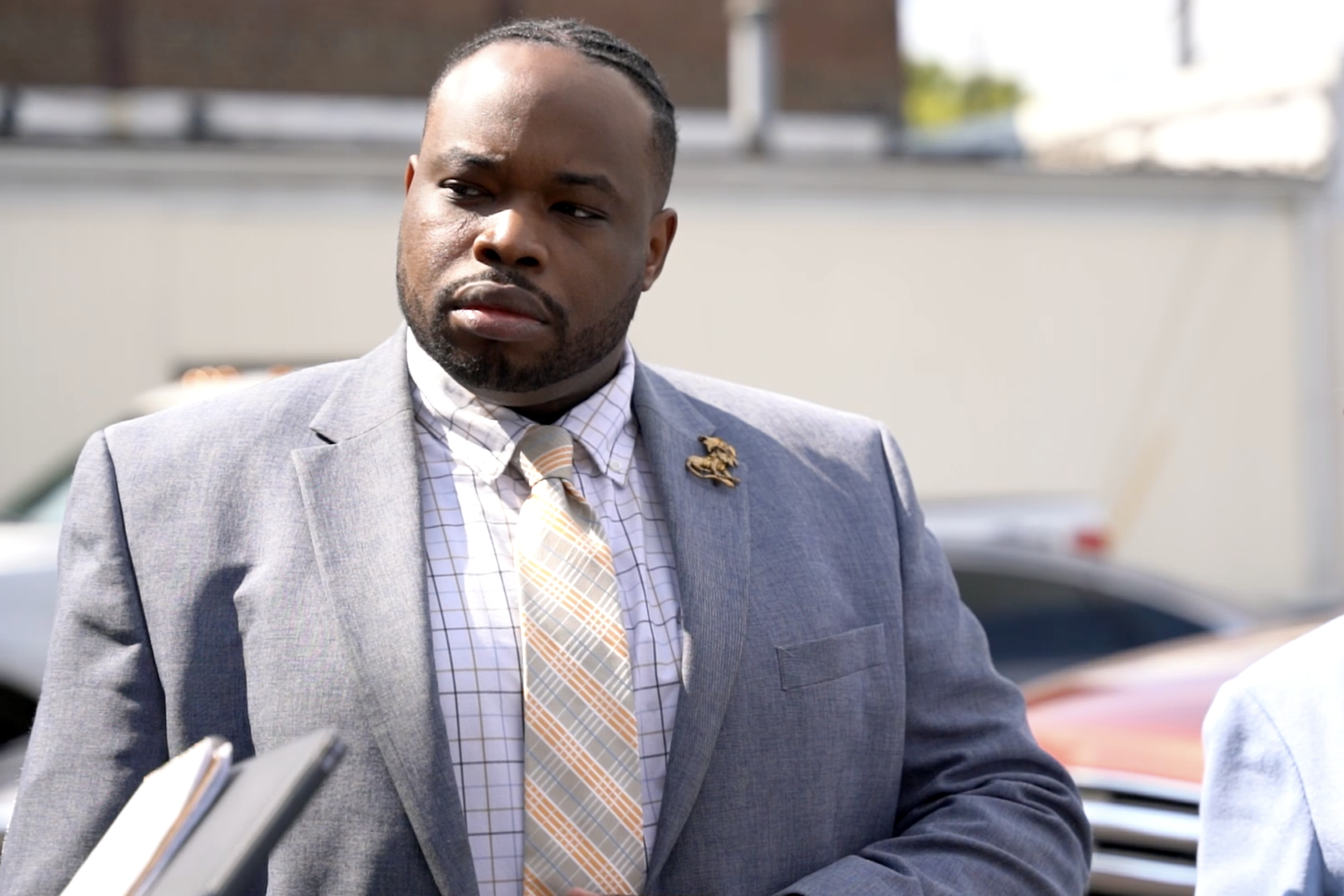 Vauhxx Booker speaks with the media outside of the Johnson County Courthouse annex in Franklin. (Alex Paul, WTIU/WFIU News)

Vauhxx Booker was not forced to testify during a court hearing Friday about the end of his restorative justice talks with Sean Purdy and Jerry Cox.

Purdy, Cox and Booker were in Johnson County Superior Court Friday afternoon for a hearing related to last year’s incident at Lake Monroe.

Lawyers for Purdy and Cox had filed motions in August to have the cases against them dismissed, saying they were told by special prosecutor Sonia Leerkamp that if Purdy and Cox completed the restorative justice process or if it fell apart through no fault of their own, their charges would be dropped.

The two sides had attempted to use restorative justice to keep the case from going to trial, with the plan of releasing a joint statement at the end to clear the air regarding what happened at the lake. But the process fell apart at the end of July, leading to misdemeanor trespass and felony battery charges against Booker.

Purdy and Cox say Booker pulled out of the process, while Booker has pinned the blame on them.

READ MORE: Vauhxx Booker: “I Am Not Going To Back Down”

Purdy and Cox’s attorneys filed motions to subpoena Booker and his attorney, Kitty Liell, to testify as to why and how the restorative justice talks fell apart. But Johnson County Superior Court Judge Lance Hamner, who was tasked with overseeing the case, sided with Liell and Booker, saying he didn’t think their testimonies were necessary.

Anne Lehman, who works at the Center for Community Justice and oversaw the restorative justice process for Booker, Purdy and Cox, was called to testify via Zoom. She said Booker was the one who cut the talks short, but would not explain why, saying it was confidential.

Leerkamp, who had to Zoom into the hearing because she was unaware it was happening, said she had never promised to drop the charges, and that Cox and Purdy’s attorneys were not remembering their previous conversations about the restorative justice process in the “spirit they entered into.”

Hamner did not rule on the motion to dismiss the charges Friday, opting to take the testimony under advisement. A tentative date for a jury trial is set for March 1, 2022.

Booker's initial hearing for his involvement in the lake incident is Oct. 18.

This story has been updated with future court dates.