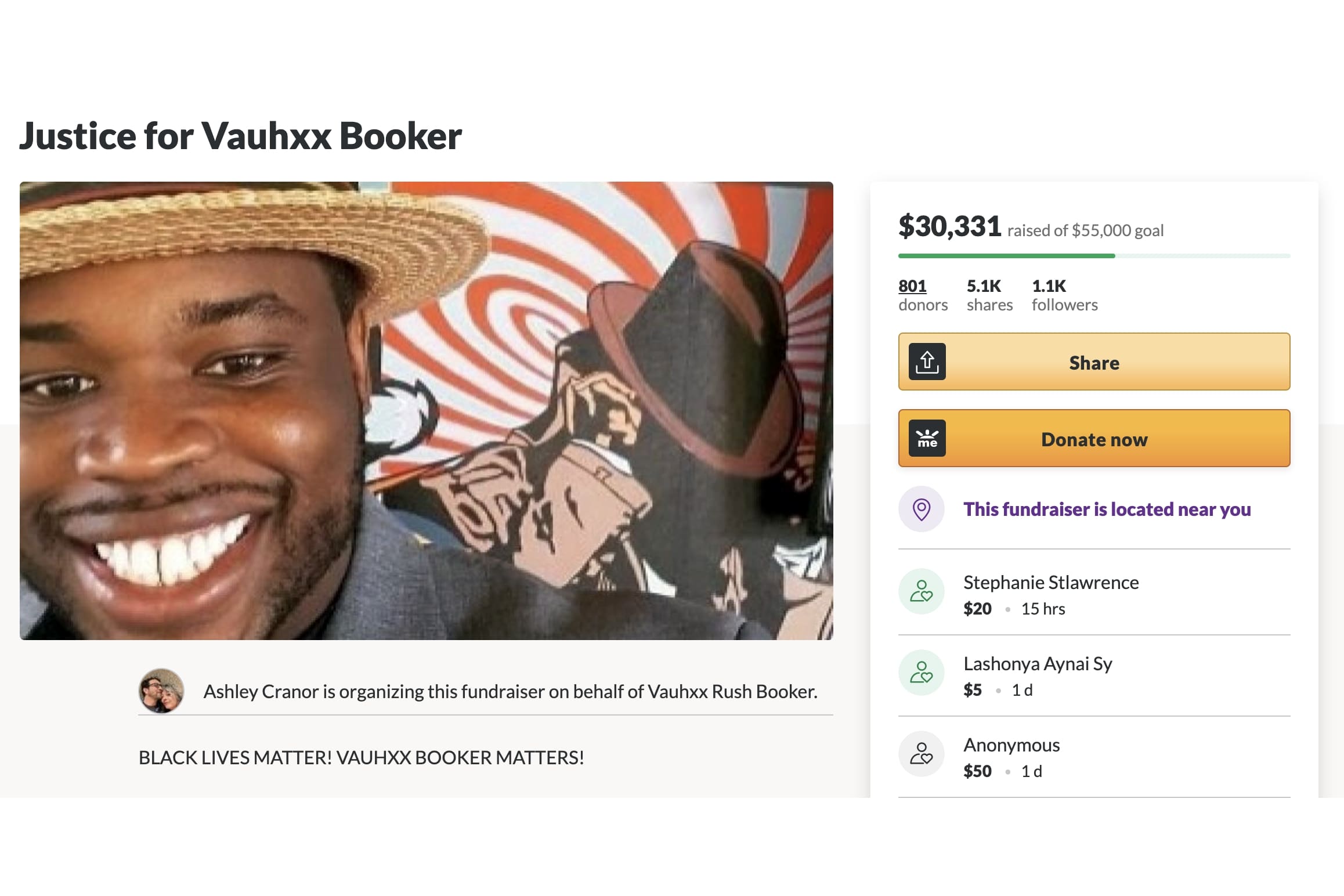 The GoFundMe for Vauhxx Booker has collected more than $6,000 this month.

Booker was charged July 30 with misdemeanor trespass and felony battery for his involvement in last year’s Fourth of July incident at Lake Monroe. Over 100 new donations have poured in since, pushing total funds to $30,331.

Booker took to Facebook last July 5 detailing an event he described as an attempted lynching.

A day later, one of Booker’s friends, Ashley Cranor, set up a GoFundMe to help Booker, whose day-to-day life was upended by local, national and international media attention.

“We both really just kind of acknowledged that the GoFundMe would be probably the fastest way to get him the financial support that he needed,” Cranor said during a February interview. “Because he was going to need to take time off work, you know, and he was going to need bills for counseling.”

Booker was making close to minimum wage as a home healthcare worker at the time of the incident, according to Cranor. The GoFundMe gave Booker financial assistance as he navigated last summer’s media frenzy – the funds helped him cover trauma therapy, incidental legal fees and day-to-day costs.

“To say I'm grateful is an understatement,” Booker said during a Thursday phone interview. “These funds have allowed me to continue living my life with dignity during the most difficult time of my life, whether it was painful trauma therapy that my insurance didn't cover or allowing me to take the necessary time off work.”

Donations collected throughout the month have ranged from $5 to $1,000. GoFundMe collects 2.9 percent of each donation in transaction fees, in addition to a 30-cent charge per donation.

Booker says the new funds will help him navigate his new life in Indianapolis. Booker left Bloomington for the state capital last month, right when special prosecutor Sonia Leerkamp filed charges against him.

“Hav(ing) a pending felony charge, that's hampering my ability to find gainful employment,” he said. “I didn't move here just recklessly. I had multiple job offers that all vanished in a day.”

Kitty Liell has been representing Booker pro bono throughout the legal process. Booker said she’s undertaken a herculean effort defending him on her own, and if she wasn’t donating her time, legal fees would be in excess of $100,000. He suggested he didn’t know how much longer she would be able to keep it up.

“These individuals are trying to beat me with money,” Booker said. “It's often what happens to Black people is that we can't find justice because we can't afford it. People beat us down with resources.”