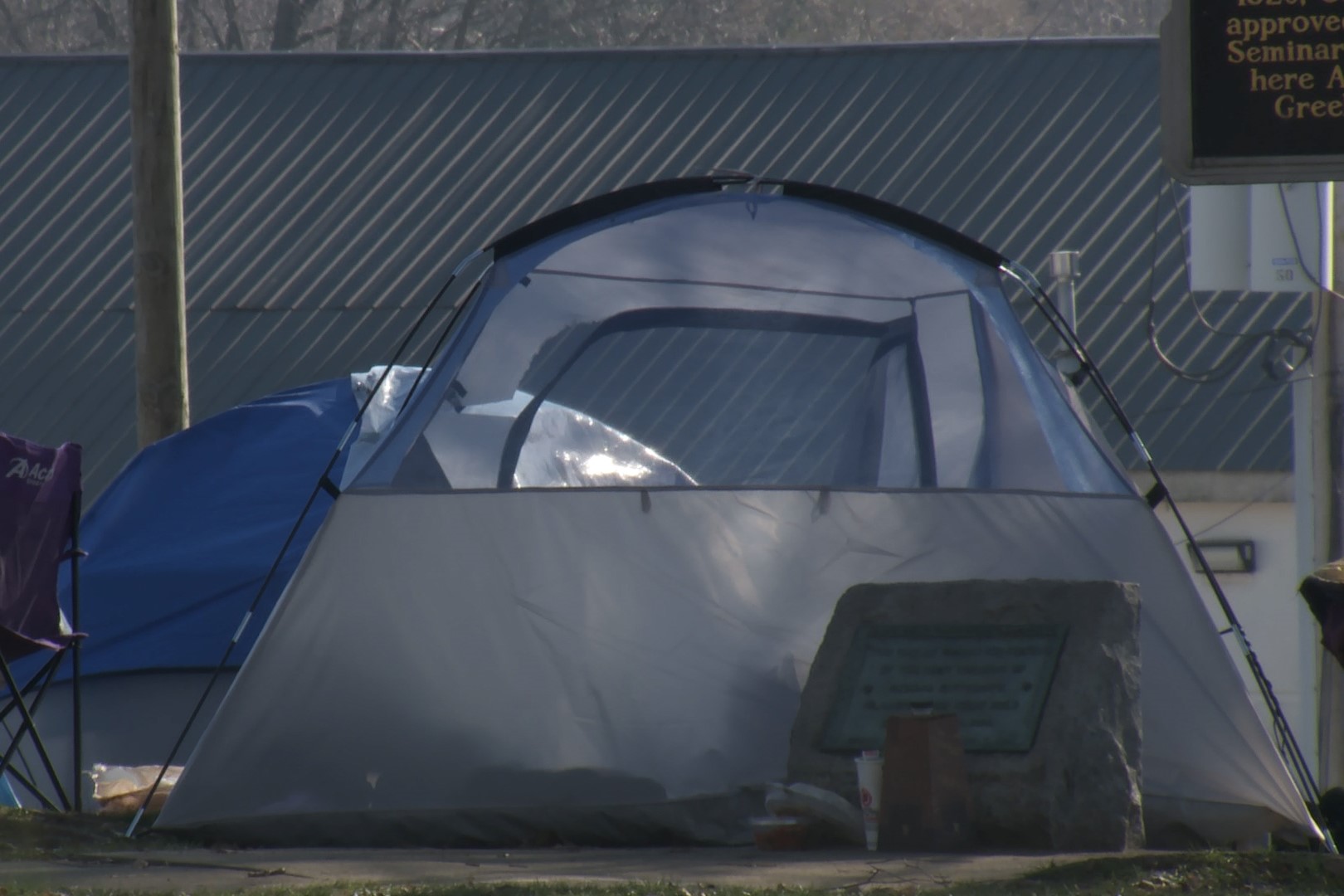 After more than nine hours of discussion and debate that bled into early Thursday morning, Ordinance 21-06 was not adopted by the Bloomington City Council.

The measure would have offered some protections to people who are currently sleeping outside in public spaces.

The proposal gave the option for the city to designate places where unhoused individuals could sleep outside without repercussions. Encampments being removed multiple times from Seminary Park this winter prompted the legislation to be considered.

"Whether we [city] take responsibility or not, people will still sleep outside. Only they will be hidden and inaccessible to social services," said councilmember Isabel Piedmont-Smith. "This makes it legal for people to lay their heads down at night when they cannot seek shelter."

Details within the ordinance also required the city to give a 15-day notice before removing encampments from public parks and spaces, and it allowed people to claim any nonperishable belongings within 60 days of a removal.

Councilmember Matt Flaherty said the law was supposed to answer the fundamental question, “If an unhoused person has no place to go, literally no place in town with a bed where they can sleep including shelters, should they have a legal place to sleep?"

But council could not come to a clear decision on that question.

Voting in support of the measure were councilmembers Isabel Piedmont-Smith, Matt Flaherty, Kate Rosenbarger and Steve Volan. Councilmembers Susan Sandberg, Ron Smith, Dave Rollo and Sue Sgambelluri stated there were fundamental flaws within the proposal that led them to vote against it.

The final vote was an even 4-4 split with one councilmember absent. Council president Jim Sims who could not attend the meeting due to a death in the family.

His absence was significant from a procedural perspective because a split vote does not hold a majority, therefore the legislation could not pass without it.

"One of our members can’t be here because of a family tragedy. I think it’s important that he [Sims] be able to weigh in on this issue," said councilmember Volan.

This gridlock was constant throughout the deliberations, especially when multiple motions to postpone the ordinance for further consideration were on the table.

"I don’t think it’s amendable and I feel very strongly that if we don’t stop this process, we’re not going to be able to close the chapter to be able to open a door to a better way forward," said councilmember Susan Sandberg.

Sandberg contended the sponsors of the ordinance did not properly communicate with the city on what it would take to fully fund, staff and maintain a space where encampments are permitted.

Parks and Recreation director Paula McDevitt was asked what it would cost her department to upkeep an encampment. She said a monthly budget of about $43,000 would be needed.

Without a clear majority on a motion to send the ordinance back to committee for revisions and future debate, it ended with a tie vote, that ultimately meant a 'No' vote.

"It's not because I think councilmember Sims would change the vote. I think he was probably leaning against it. I just think this is clearly an important issue to the community and his voice was excluded from the conversation," said Flaherty.

Dozens of community members spoke in favor of the ordinance.

"It’s a stop-gap measure to ensure that people can sleep. No, it’s not going to fix the problems, but you have to start somewhere," said member of Black Lives Matter Bloomington, Jada Bee.

Executive director of Beacon, Inc. Rev. Forrest Gilmore offered his perspective, saying the proposal would alleviate some of the worries that unhoused individuals face. He said it does not mean camps will be popping up around the city.

"It’s not my intention or anyone’s intention that the city creates a homeless camp in our city. I have no interest whatsoever in that. What I am interested in is the decriminalization of sleeping," Gilmore said.

Since the ordinance was rejected the council will now have to write new legislation and start the process all over again.

"This is not something that we can take another 10 years, 20 years to deal with. This is a life-or-death issue. There is an urgency to address," said Piedmont-Smith.