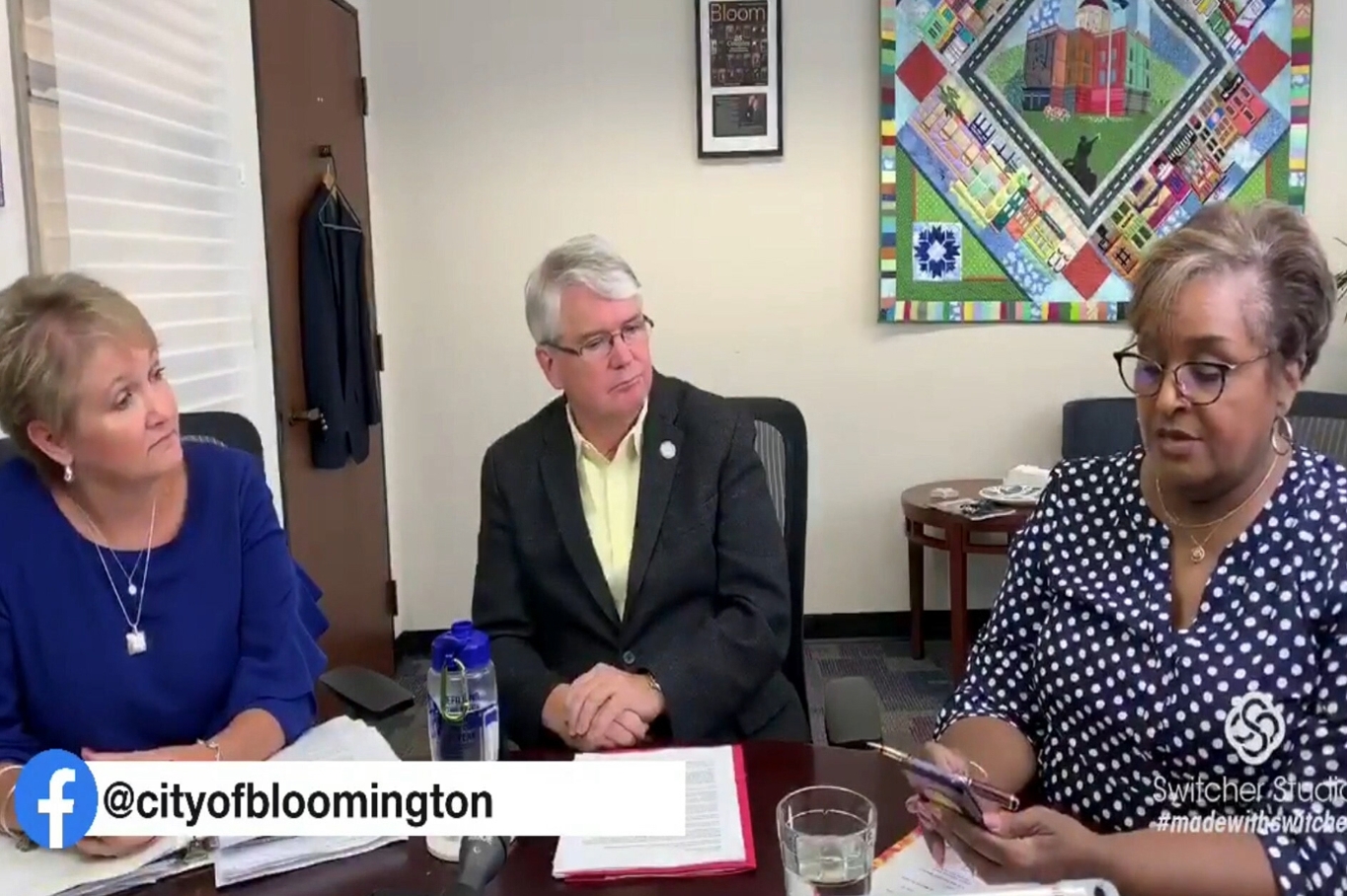 Much of the discussion rehashed what's developed at the market over the past few weeks. (Courtesy City of Bloomington Facebook Page)

Bloomington’s mayor says the city is considering several options when it comes to addressing rising tensions at the farmers’ market over the presence of a vendor with alleged white supremacist ties, but he didn’t mention any specifics.

The city won’t announce plans for reopening the farmers’ market after a two-week suspension until Tuesday, but did take questions about the market during a Facebook discussion.

Much of it focused on rehashing what’s happened over the past few weeks, and why the city hasn’t removed Schooner Creek Farm from the market. Director of Parks and Recreation Paula McDevitt said they aren't aware of Schooner Creek violating their vendor contract, and Mayor John Hamilton reiterated removing the farm from the market for its owner's beliefs would violate the First Amendment.

Some activists and farmers’ market vendors have suggested the city relinquish control of the market so a private group can take over, which would allow for more regulation of vendors.

"Organizers of such a market could have rules about behavior and thought and beliefs that they could impose on that market," Hamilton said. "That would allow the market to be more discriminating, if you will, in who can participate in the market."

Hamilton also addressed the controversial arrest of protestor Cara Caddoo during the July 27 market. She was holding a sign and peacefully protesting near the Schooner Creek booth, which is only allowed in other areas of the market.

"We could change the rules, which then would mean all through the vendor area anybody could come with a sign that was advocating for fair treatment of animals, or reproductive rights, or gun rights, or KKK rights, all those things would then be kind of open," Hamilton says.

She said the market should “get back to the peaceful place it always has been, before ANTIFA and No Space For Hate showed up and started destroying it.”

Dye has repeatedly turned down or not responded to our requests for an interview.

Several questions posted during the discussion asked what changes the city is making when it reopens the market, but Hamilton said they won't be announced until Tuesday. He acknowledged the issue of white supremacy is bigger than just the market, and said such ideals are not welcome in Bloomington.