Community Leader: Hate At Farmers' Market Just A Symptom Of A Greater Problem 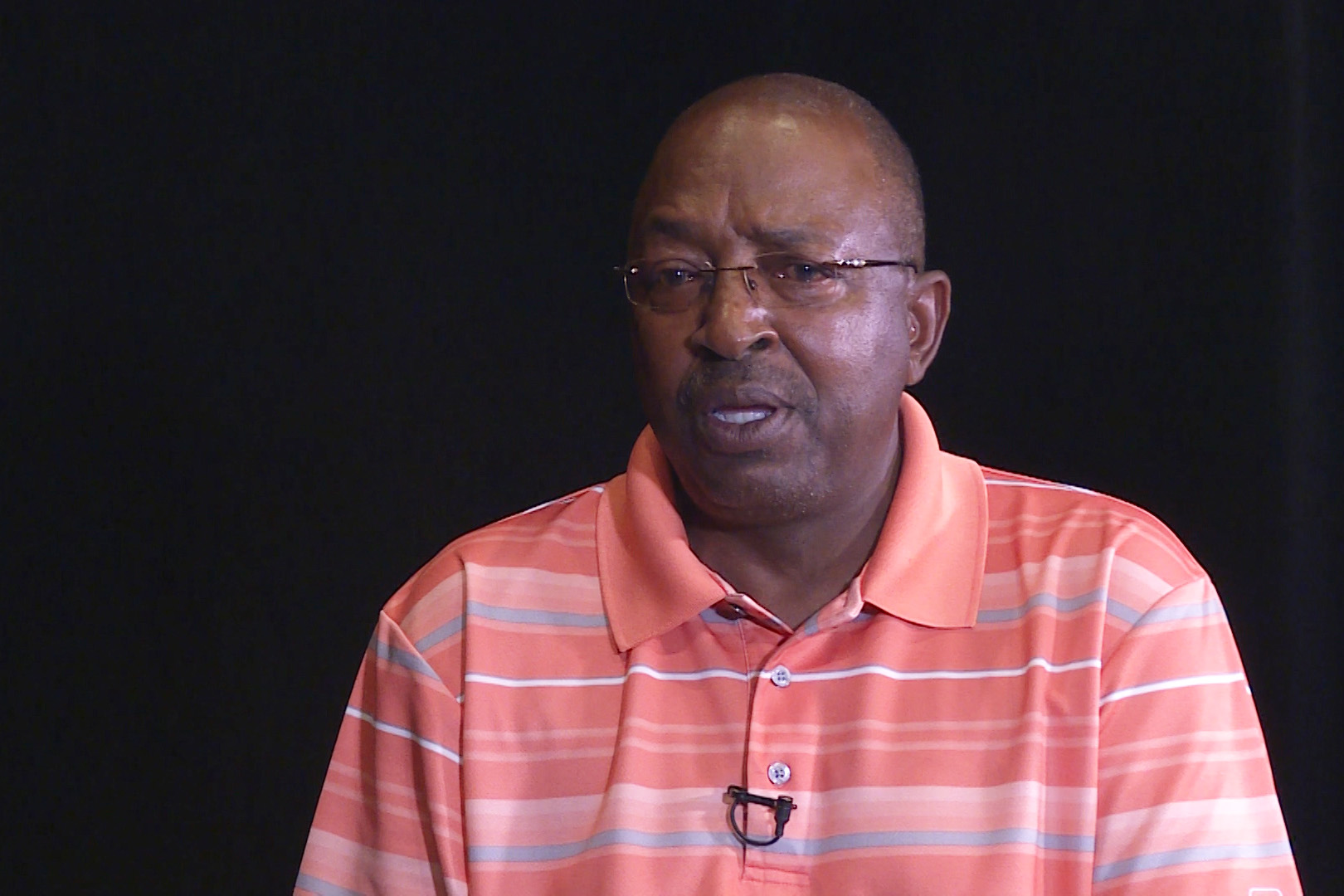 Sims says signs of racism in the area is nothing new. (Seth Tackett, WFIU/WTIU News)

Racial tensions are high across America, and you don’t have to look very far to find troubling signs of a rise in anti-immigrant and racist language. People who espouse those ideas have expressed them in lethal and horrific ways as recently as last weekend.

In Bloomington, residents have been wrestling with how to deal with hate, anger and fear of violence at the farmers' market. And, early this week, flyers found in the city put out by an alleged KKK group rattled some residents who found them. WFIU/WTIU’s Joe Hren sat down with community leader and city council member Jim Sims to talk about how Bloomington is handling the heightened racial tension.

Joe Hren: Jim, thank you so much for sitting down with us.   Tomorrow Bloomington residents will gather at a makeshift farmers’ market because the city ran market is shut down in the wake of protests and arrests over a vendor with alleged ties to white supremacist. A lot of people feel like this is sort of coming out of nowhere, but as a person of color who’s lived here for quite a long time, is this coming out of nowhere?

Jim Sims: Of course not, of course not in fact I am the immediate past president of the Monroe County NAACP so we deal with anti-discrimination tactics and we’ve heard about Identity Europa at least two years prior. No this is not new as evidenced with some of the Ku Klux Klan literature that was just left throughout the neighborhoods, and we’ve had that before. I still think for the most part these are just symptoms of the disease and at some point we’re going to have to talk about the disease.

JH: So at some point we are going to have to move forward on this. What do you think the city’s role in specifically the farmers’ market debate should be?

JS: There’s limitations on excluding someone based on first amendment free speech issues, so we are trying to work through all this, how can we makes sure that there’s not the ideology of white supremacy in our market as best we can. How can we limit firearms being carried openly if we can. There’s just so many different aspects that we have to look at. It’s not a simple decision.

JH: We’ve seen some criticism of how the city handled the issue from the beginning. Is there anything that could have been done differently?

JS: It’s my understanding that they have a vendor contract and part of the violation of that is that you are recruiting member or espousing violence or being discriminatory by not selling to people of color or black people or people who don’t support that ideology. But to our knowledge, none of that has occurred, at least in the Bloomington farmers’ market. So that makes it tough. It’s just something this community is going to have to grapple with. And ultimately we are going to have to decide do we want this in our community. And I think it’s been a resounding no.

JH: Now across the country we’ve seen violence due to white supremacy, do you have concerns about that happening in Bloomington?

JS: I think historically we have seen, and if you look at events across the country, and I don’t want to offend anyone but when there is violence from this white supremacist realm it’s not directed at your larger white population churches. They’re going to black churches, they’re going to Muslim mosques, they’re going to Jewish synagogues, they’re going to places like that. So are we concerned in anticipation of violence? No, but I also think we’d be pretty stupid not to be aware of the possible and take certain protections, because we gather together and we want to protect folks as best we can.