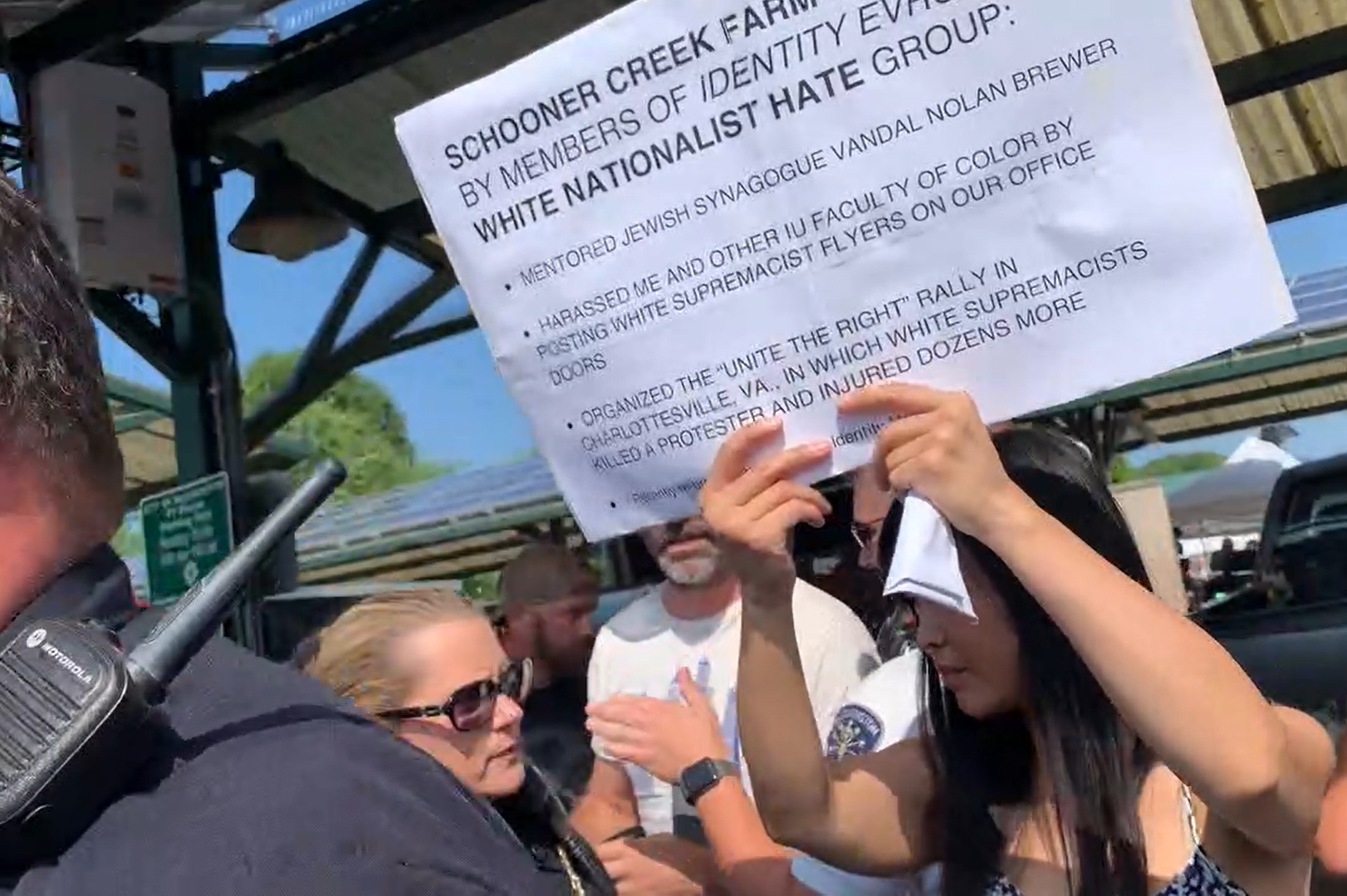 The City of Bloomington is suspending the Community Farmers' Market for two weeks citing a concern for public safety after recent protests and an arrest over suspected ties between a market vendor and a white nationalist group.

A protester was arrested last weekend at the market amid the presence of several protesters and counter-protesters outside of the Schooner Creek Farms booth.

Schooner Creek owners Sarah Dye and Doug Mackey have been accused of having ties to the white supremacist group Identity Evropa, and have filed several harassment notices connected to the rumors over the past several years.

“As Mayor, I have spoken for our City to condemn white nationalism and white supremacists as a scourge on our country and our community, and to promise that we will do all we can to overcome their legacies and any current efforts,” Mayor John Hamilton said in the release.

“We also want to assure that everyone knows that all are welcome in our inclusive Bloomington, and that our Farmers’ Market will embody those values of inclusion and welcoming, as well as be a safe space for all to gather, as our community expects every Saturday.”

The release says the city has taken numerous steps to address the conflict, which prompted several public meetings and forums.

It says the city has identified "threats of specific individuals with connections to past white nationalist violence" that "present the potential for future clashes."

This is the most concrete stance the city has taken on the issue.

Mayor Hamilton will hold a press conference about the farmer's market situation on Wednesday.