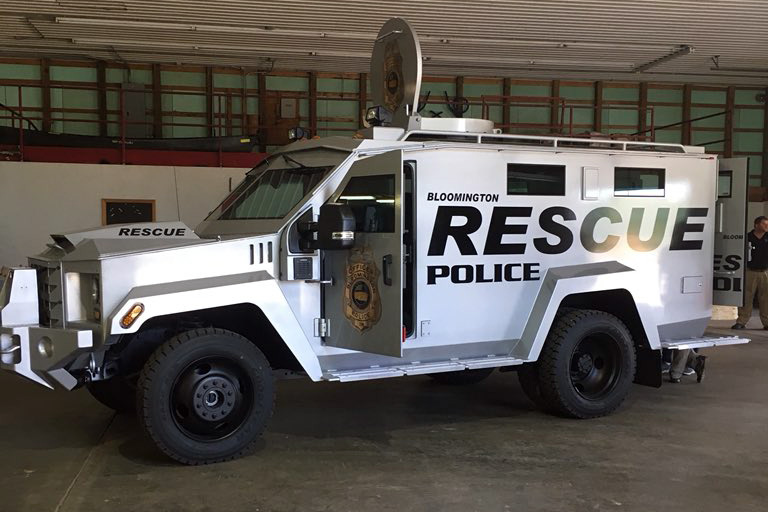 As protesters in Bloomington call for an end to police brutality, a spokesperson for the Bloomington Police Department said the department has no plans to deploy its armored vehicle, a Lenco Bearcat.

Capt. Ryan Pedigo told WFIU and WTIU News that deploying the Bearcat for protesters would go against the general order in place regarding its use.

“The [order] specifically states that the use of the vehicle is prohibited for general crowd control and public demonstrations,” Pedigo said.

He added that the city would not be lending the vehicle to other cities responding to protests.

Protesters took to the streets in Bloomington this weekend and again Monday in response to the deaths of George Floyd, a black man who died in Minneapolis police custody last week, and Breonna Taylor, a black woman who was shot and killed in her home by Louisville police serving a no-knock warrant.

Another protest is planned for Friday at Indiana University’s Dunn Meadow.

This is the group beginning to head down Morton Street. pic.twitter.com/Car8xMYR7K

The BPD purchased the Bearcat in 2018 to much controversy and critics concerned it would lead to further police militarization. The vehicle cost roughly $250,000 and was funded with the city’s Public Safety Local Income Tax.