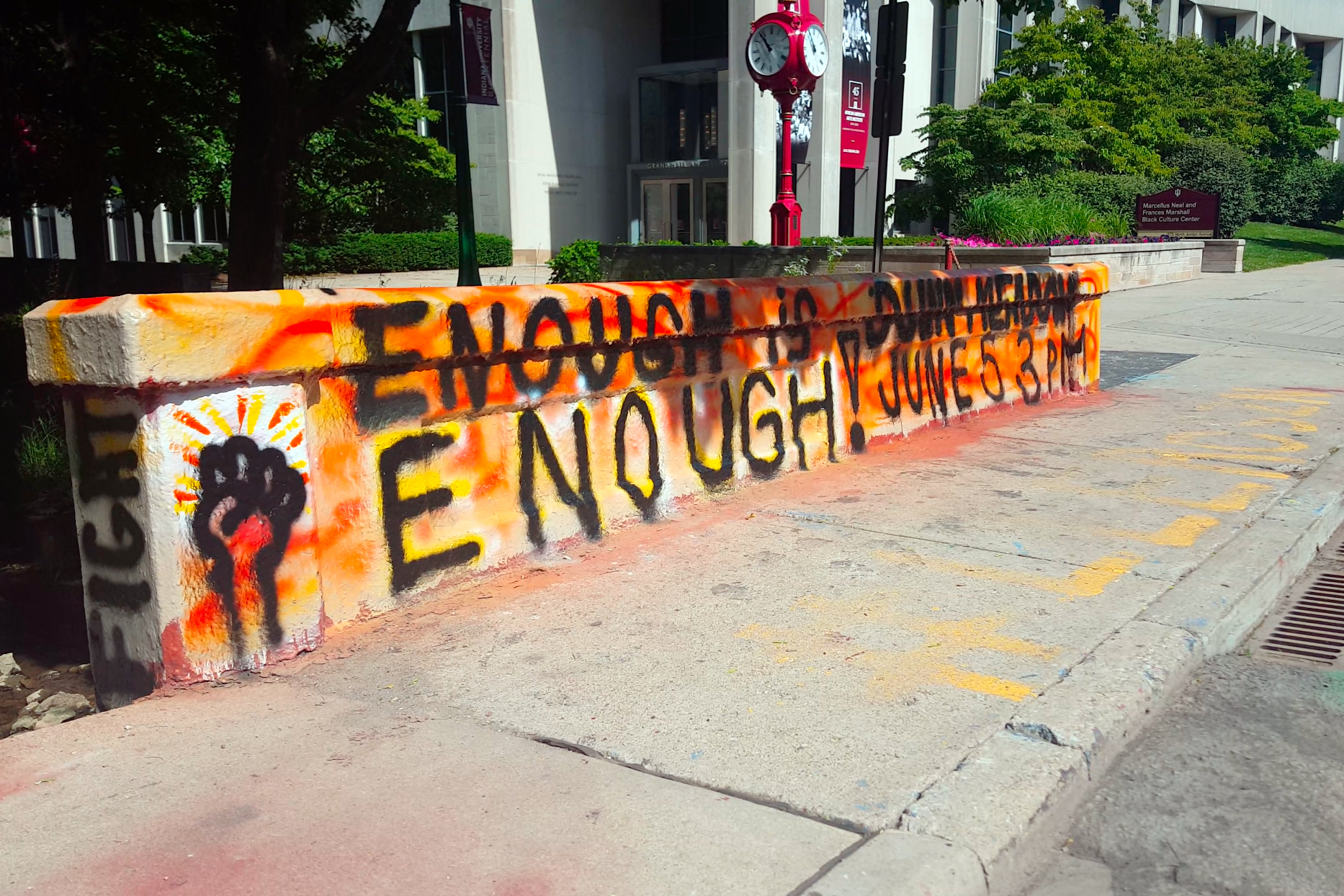 Bloomington Mayor John Hamilton says he expects demonstrations against police brutality in town to continue this week, and that he encourages those who want to protest do so peacefully.

Protests against police brutality, especially against black Americans, have continued across the country for nearly a week after a Minneapolis police officer knelt on the neck of George Floyd for nearly nine minutes. The man died.

“Most of Bloomington is extremely upset with some of the things we've seen; I'm certainly part of that,” says Hamilton. “And seeing some of the important behavior – protests and speaking up and activism – is entirely appropriate in that circumstance. I will urge and strongly encourage that all of those protests be safe, that they not engage in violence.”

This weekend, protests in Indianapolis turned violent, with police breaking up groups with tear gas. Others took advantage of the chaos, looting stores and inciting riots. Indianapolis Metropolitan Police reported multiple shootings and fatalities over the weekend.

Protests in Bloomington have remained peaceful, with activists staging small-scale demonstrations around the courthouse.

“Our police department has dealt with protests every year, for many, many years, and that's a good thing,” Hamilton says. “A healthy city has people who gather and say, ‘Things aren't what we want. We want changes.’ Whether it was 400 people coming to City Hall to talk about climate change last year and occupy City Hall, or whether it's issues of racial justice.”

Hamilton says he expects things to remain peaceful, but law enforcement will remain prepared – according to the mayor, Bloomington police have for years participated in “very intensive training – four or five times the required amount – very much focused on de-escalation and anti-bias training and how you avoid these situations from happening.”

“That's always going to be our dual commitment: to support the rights of public engagement and public protest, while also protecting public safety,” he says. He says training is key to helping public safety officers from the city, IU and the county react appropriately to protests.

At least two protests are planned this week in Bloomington: one set for tonight around 5:30 p.m. at the courthouse square. Another is planned for Friday at 3 p.m., beginning in Dunn Meadow.