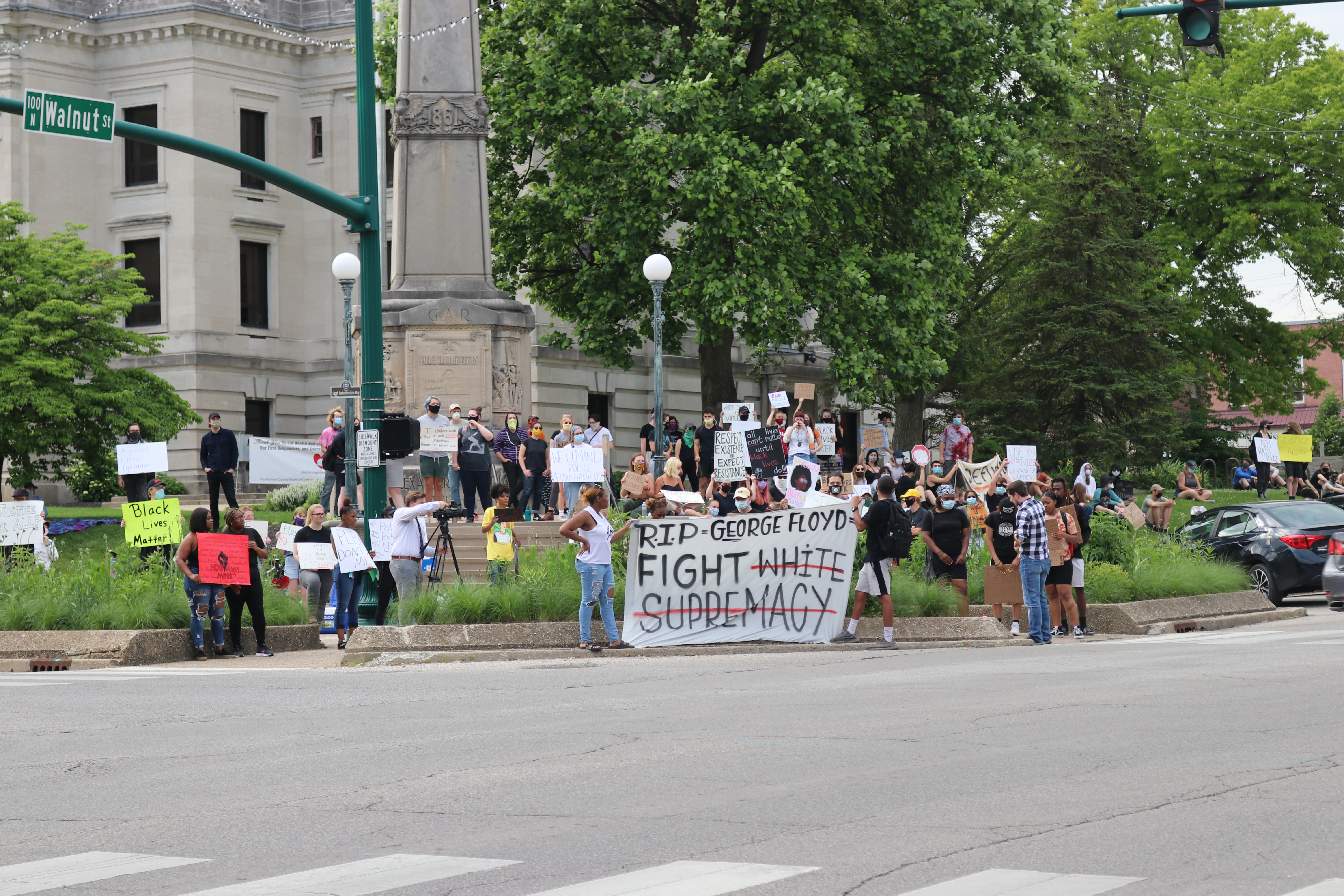 Bloomington protesters joined the nation-wide call against police brutality a week after the death of George Floyd, a black man who died in Minneapolis police custody last week.

This is the group beginning to head down Morton Street. pic.twitter.com/Car8xMYR7K

IU senior Torri Moore says she’s been out protesting peacefully the past three days when not working. She urged more people to join the protest and emphasized peacefulness.

“I’m peaceful," Moore said. "I want everyone to know I want peace that’s real. This is what democracy is.”

IU student Patrick Saling handed out chalk for people to write messages of support, such as “Black Lives Matter.” Saling says it’s important to lift the voices of people of color.

Saling says he was told the city would be power-washing the chalk from the sidewalk each night.

He says he was also told by city staff at Switchyard Park that political messages or event advertisements could not be chalked in the park.

"Chalking sidewalks happens regularly in Bloomington, and it has not been a problem nor its removal a priority. The City has not been removing any chalking from public sidewalks downtown or in the parks. The City would retain the discretion to do so in the case of obscene or offensive content."