As films became increasingly risqué in the Roaring 20s, Hollywood attempted to preempt governmental intervention with a self-regulating system, the Hays Code. 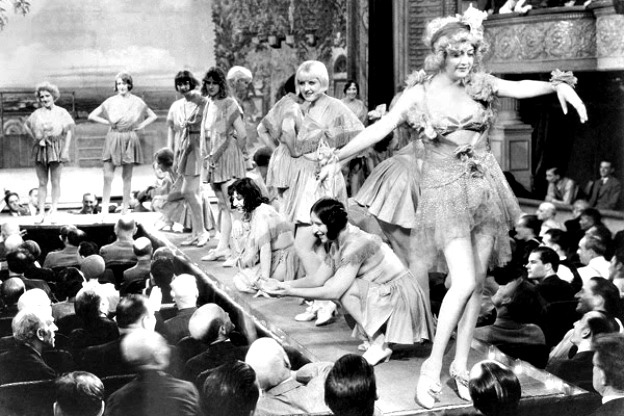 Will H. Hays was born in Sullivan, Indiana. He was a successful state chair of the Republican Party and went on to become the party’s national chair. He served as Postmaster General of the United States, but he is best known for the many years (1921 to 1945) that he spent as the president of the Motion Picture Producers and Distributors of America.

By the early 1920s, motion pictures had become an incredibly popular form of entertainment, but a number of scandals centering on the lifestyle of several screen stars led politicians and religious leaders to begin publicly questioning whether the movies were fit entertainment for the American public. In response, the film industry established their own office to sell both themselves and their films, and they hired Will Hays to head the effort.

Hays brought to the job a fascination with new technologies and an expertise in the then-developing business of public relations. He used airplanes to deliver news reels to theaters in a timely fashion; he promoted films that emphasized patriotism and the values of American capitalism (such movies, he said, would “sell America to the world”); he opened his doors to critics and he cultivated relationships with reporters and writers who covered Hollywood news and motion pictures.

But as the Roaring 20s progressed, the look and theme of many movies became more risqué, and state and national governments threatened to step in and dictate the moral content of movies. In response, Hays worked with movie studios to propose a set of rules that the industry would guarantee to abide by.The resulting Production Code, soon known as the Hays Code, appeared in 1930 and lasted until 1968.Government intervention was averted.

By the 1950s, however, the Production Code began to appear more and more outdated. By the time it was discontinued, the “Hays Code” (still so-called even though Will Hays had ceased to be president of the MPPDA in 1945) had become synonymous with censorship and an unrealistic, puritanical set of rules.

In his time, however, Will Hays was as much an innovator as a censor. He encouraged the movie industry to work with new technologies, and he was the major force in averting government intervention in the business of making movies. He was, according to one biographer, “an apostle of progress, an optimistic advocate of new media, and a skilled user of publicity” — in other words, a much more complex figure than the stereotype that defines him today.