"The Immigrant Kitchen" Is Open To All 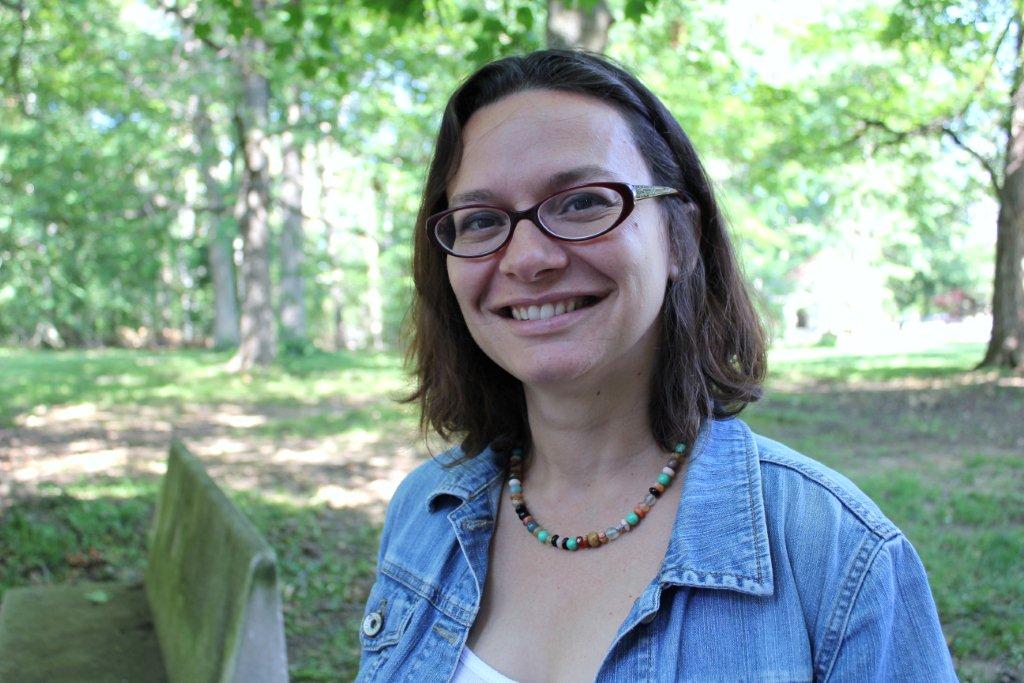 Memoirs are a form of hospitality, says Vivian Halloran. The author is inviting you into their home, their culture, their food traditions. And when the memoirs contains recipes, she says that feels like an extended meal with the author. Halloran is the author of The Immigrant Kitchen: Food, Ethnicity And The Diaspora. She is also an associate professor of English and American Studies at Indiana University.

She came to the Earth Eats studios to speak with Leigh Bush and Maddie Chera of the Indiana University Food Institute.

Vivian Halloran: My father's side of the family came from what was at the time they left still considered Syria. They went first to Cuba and then settled in Puerto Rico. So, I grew up with great-grandparents who would argue back and forth in Arabic. My grandfather was the youngest of 11. My relatives, their deal was restaurants. That's how they made their living in Puerto Rico when I was growing up. All that to say is I grew up watching my dad have these moments of being homesick for Lebanese food. And my mother, her father was a Spaniard so she did not know how to do this. So we'd get in the car and go over to the Lebanese side of the family. They would not only feed him then but give him foods to tide him over. I really saw this as a fascinating aspect of his background. I never thought that I was Lebanese, but I always knew we were one of the five Lebanese families in Puerto Rico at the time. And then later when I was a sophomore in high school, we left Puerto Rico due to health reasons. My sister needed medical care. My dad was in the army, so Fitzsimmons Army Medical Base in Colorado was the place we needed to be. So we moved there but it took my dad a year to find a compassionate reassignment -- somebody who would swap jobs with him. And it's in that period when we were first in Colorado waiting for my dad, that the neighbors got together and left us this basket of wonderful Thanksgiving goodies. It was such a warm and welcoming act.

Leigh Bush: And yet you said they left a card that wasn't signed by anyone?

Halloran: Yeah, that's the thing. They were trying to minimize then the potential shame we might have felt. And that's a funny kind of gesture, right, because it's both a welcome to our neighborhood, we value you. But also, ‘You probably don't know what we do.' So we took it in the spirit in which it was offered, and a year later he was able to join us, and so our family was reunited.

Bush: You also talk about how the immigrant memoir cookbooks give you a glimpse into ‘exemplary immigrants.' What do you mean by that?

Halloran: Part of the problem, if there is one, with choosing this data set -- this assortment of memoirs -- is that most of the people who have the time to both reflect on their experience and then write about it are people who are middle class or upper income. So, there is a level in which their experience is indeed the one to whom people refer when they said ‘Good immigrants.' So, I am aware that top not cover them, not mention the people who struggle and who maybe cross boundaries and maybe don't have proper documents, they're not able to shine a light on their own day to day life.

Maddie Chera: You commented on how the recipe format has changed, too, over time. Can you explain what that change has been like?

Halloran: Recipe books started being written as a way of transmitting a specific series of ingredients, but not techniques of what to do with them because they were addressed to people who cooked for a living. And then the less people are familiar with cooking, the more explanation that recipes have to have. Now, the interesting thing I discovered is when you write a memoir, you don't need to taste test your recipes. You can very easily tell who is having a recipe they have never actually made.

Bush: And often times, the fewer specialty ingredients that are included that sometimes make the recipe, or remind you so much of the cultural heritage of a recipe.

Halloran: And yet, just having to make those substitutions absolutely demonstrate the process of assimilating to the culture that you're living in, or acculturating. That you make certain trade-offs in order to get the end result, which is the meal you're yearning for. And it can't be authentic if you don't have the ingredients you need, and yet it can be real.

Chera: So, for you, what's the difference between authentic and real? Because as food scholars, we deal with these ideas a lot, but they're contested and confusing. What's your take on it?

Halloran: And it also goes to that notion of who is the arbiter? Because if you're making the recipe in the way your grandmother and your great-grandmother always made it, but it turns out that their use of ingredients was an accommodation, I think it's authentic to your family, but it may not meet the originality of the ingredients that would make it authentically x-cuisine. Some of the memoirs I read, actually the ravioli book talked about this whole search for the original recipe for this ravioli. It turned out the grandmother used cream cheese because she liked it better. So, it was authentically her family, but it was not authentic to the region in Italy that she could trace her pedigree to.

Chera: So much of the story about immigration and food is about making those changes based on what's available, so that's kind of part of the process.

Halloran: And it's also kind of community building. So, in some of the memoirs what is so striking is that the family would gear up for a day's drive to go acquire authentic ingredients. Say, if you lived in Indiana, you'd go to Chicago to stock up for a long time, but then you'd have peanut butter and jelly sandwiches to tide you over so you didn't have to stop, so you could just get there and spend a lot of time. And then at a certain point, the second or third generation says ‘It's okay that I used it with this, because it reflects my reality.'

Halloran: I think we memoirs in particular the lunchroom at the school cafeteria becomes the site in which these identities are hashed out. Recent immigrant children not only have the barrier of language, but also bring foods that they're comfortable with to the school cafeteria and then they face the double rejection, maybe triple -- it could be racial, it could be linguistic inability to communicate with their friends, and then the smell of the food. So, I think my children when they're feeling most peevish, or more like they want to tease me, they tease me about my accent and about the smelly foods that I eat.

Bush: It's like you need to learn a gastronomic code-switching in order to be proficient.

Halloran: And they do! In a lot of these memoirs, the kids come home and, ‘I must have peanut butter. I don't want to draw any attention to me.' But then people like Diana Abu-Jaber, her father was Jordanian and her mother was American, made a pint of defiantly continuing to bring this food because it's delicious and then gradually she saw the opposite -- ooh, can I have some of that hummus? She took a perverse pride in being able to convert people to her ethnic way of eating.

A chicken ranch in southern California is facing animal cruelty charges that could test a new law banning extreme confinement.

Researchers have developed a new wheat-like species called Salish Blue that grows back year after year, which not only cuts down on work for farmers, but helps prevent erosion and agricultural waste.

The price of foundational crops like corn and wheat have slipped dramatically in recent years, leaving many farmers struggling to break even.

Dan Williamson Wanted To Be A Dad, So His Chef Hat Had To Go

Dan Williamson revisits his days as a professional chef with Stuffed Mushrooms With Tomato Coulis and Zucchini Hash.

How Fancy Cheese May Save Some Small-Scale Dairies

Increasing demand for upscale, local foods has created a market for on-farm cheesemakers. Profit is not guaranteed and the up-front investment is significant.