Dan Williamson Wanted To Be A Dad, So His Chef Hat Had To Go 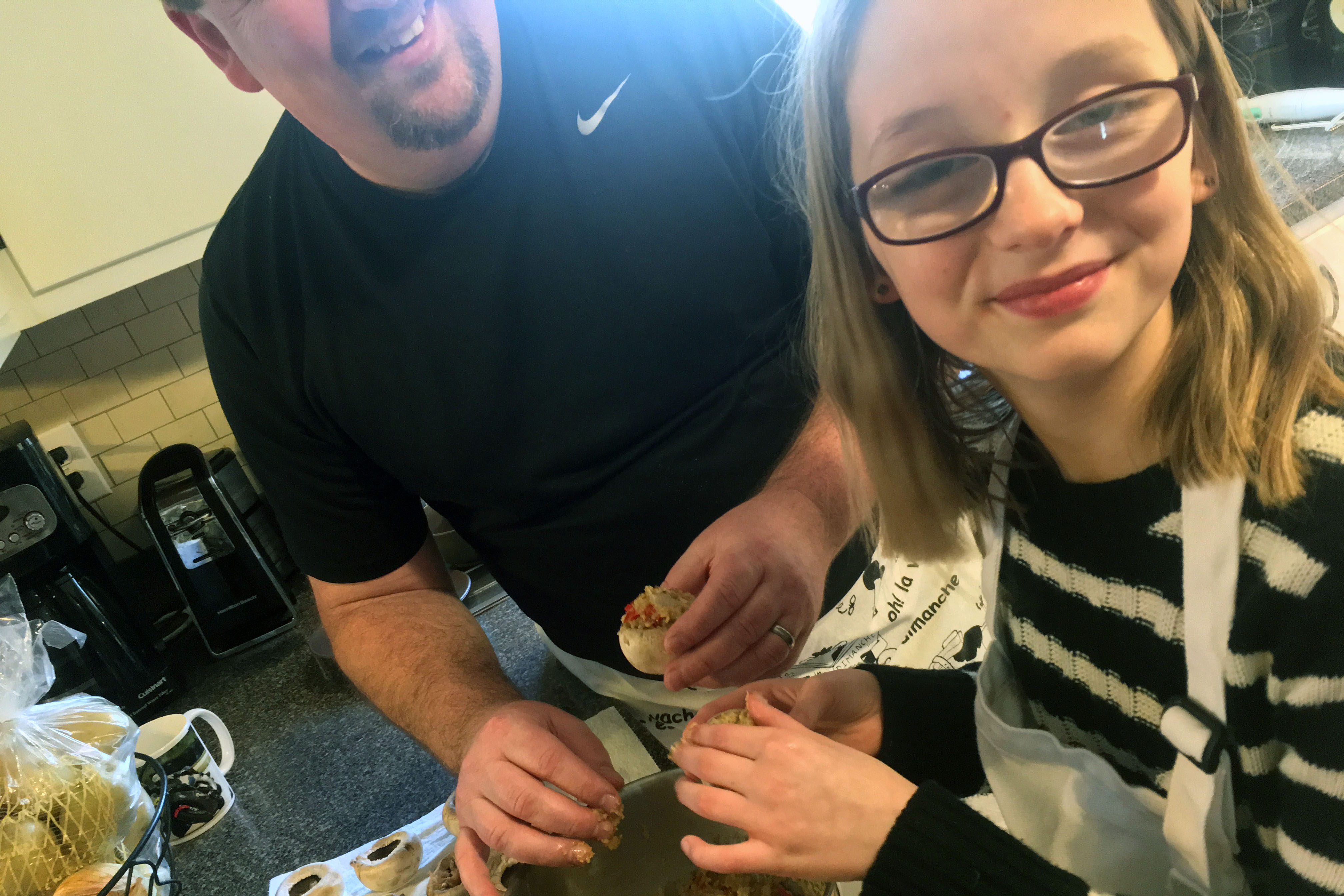 Dan Williamson always knew there was a time limit on his career as a chef. 15 hours a day on your feet in a hot kitchen gets harder and harder as you age.

When he was young, he cooked because he had to.

He was the second-oldest of six kids, "And just one mother raising us all in the '70s so money was always an issue in our family," he says. "Because mom often had two, sometimes three jobs, there were many times when the kids sort of took over the kitchen and were in charge of getting dinner ready. What I started doing early was experimenting in my mom's kitchen."

Growing up in southern Ohio, he worked in kitchens to make some extra money. He furthered his cooking career in Cincinnati and France. Now, fourteen years after he left professional kitchens, he's working in the insurance industry and passing on his love of food to his 11-year-old daughter Kate.

Dan realized Kate was interested in cooking when she was very young. "One her favorite movies was The Princess and The Frog, and of course it's set on the bayou and there was gumbo," he says. "(Cajun food) has always been one of my favorites, so she was kind of drawn to that." Kate asked her dad if they could make the dish she saw Tiana making in the music.

Today, she helps him shred zucchini and stuff mushrooms.

When Dan and his wife decided to have kids, he left cooking. "That's one of the things I didn't want to be was absent from their lives, especially growing up, so I chose to give it up and find another career."

He sometimes yearns for the hustle-bustle life in a professional kitchen, but he knows he made the right choice fourteen years ago.

"I was thinking about it the other day that my daughter's only eight years away from being out of the house and in college," he says. "It's all gone by really so quickly that I'm just really thankful that I've been afforded the opportunity to be there and see all this."