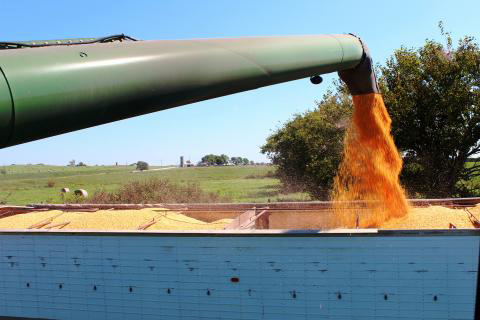 How low can it go?

That's what many in farm country asked about the farm economy Tuesday, after the Agriculture Department forecast another plunge this year in profits for farmers.

Net farm income will fall 8.7 percent from last year's levels, according to the year's first forecast produced by the U.S. Department of Agriculture's Economic Research Service (ERS). If realized, that would mark the fourth-straight year of profit declines, after 2013 saw record-highs.

The agency expects $62.3 billion in farm profits this year, a drop of an astounding 49.6 percent from 2013, according to USDA data.

The price of foundational crops like corn and wheat have slipped dramatically in recent years, thanks in large part to global oversupply, leaving many farmers struggling to break even. Farmland values are down and debt is continuing to rise.

While the short-term outlook remains bleak for most farmers, the farm economy has not yet reached a crisis point, economists say. Many farmers booked profits during recent boom years and will depend on cash or assets, as well as government safety net payouts, to ride out lean years.

Legislators just now are beginning work on a new Farm Bill, which carves out funding for farm safety net programs, as the current bill is scheduled to expire in 2018.