Some Prices Are Still Higher, But Meat Production Has Mostly Recovered From COVID-19 Disruptions 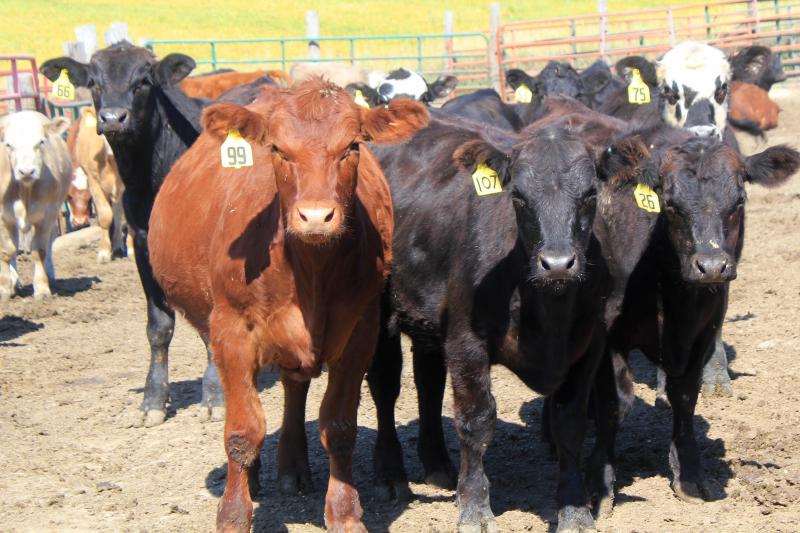 First restaurants and school cafeterias closed, then COVID-19 outbreaks at meat-packing plants slowed processing. In the spring, shoppers started seeing signs declaring limits on the amount of fresh meat they could buy in one trip. Prices for some products crept up.

At the other end of the supply chain, feedlots and hog barns had market-ready animals with nowhere to go. Predictions were dire about the amount of meat that would never make it to the food supply because of animals that would be euthanized and disposed of on farms.

“There were some big numbers getting thrown around about how many pigs might have to be euthanized,” says Mike Paustian, a hog farmer in Walcott, Iowa, and the current president of the Iowa Pork Producers Association, “and when it was all said and done that ended up being far, far fewer pigs than what a lot of people were expecting.”

Paustian credits swine nutrition researchers from Iowa State University for making recommendations for modifying the feed ration so that pigs could still eat freely but would not gain weight. This allowed farmers to hold onto animals that otherwise might have grown too big to be processed when the slaughterhouses re-opened.

But holding onto market weight-pigs creates a backlog as the smaller pigs grow to that size and need more space.

“We were very fortunate that we weren’t forced to euthanize any pigs,” Paustian said, “because we were able to find some old barns that were not being used and we were able to buy them from another farmer and get them remodeled quickly so we could get pigs in there. And that gave us enough extra wriggle room to get by.”

He says other farmers were similarly creative. In Iowa, the state used CARES Act money to compensate farmers for disposal costs. In total, producers requested payments for almost 65,000 market-weight hogs and nearly 110,000 small pigs (under 25 pounds). An investigation by the Associated Press found that one Minnesota-based company received more money from the program than anyone else.

Paustian says he doesn’t personally know anyone who had to euthanize pigs and he feels proud of the way farmers managed the challenge. He says, like him, many farmers got creative to find ways to house their pigs longer and put off the decision to euthanize as long as possible, often thereby avoiding it.

“To be quite honest, a lot of it is just pure stubbornness. Producers did not want to do that unless they were absolutely backed into a corner with no other options and could not properly take care of pigs anymore,” he said. “So in the end it ended up being, in my mind more of a bright spot than a real challenging period.”

Lee Schulz, a livestock economist at Iowa State University, says May had the lowest volumes of both pork and beef processing.

“By the first week of June 2020, slaughter volumes had recovered and were running about 5 percent below 2019 production levels for cattle and slightly above 2019 levels for hogs,” he wrote in an email to Harvest Public Media. Worker safety precautions and absenteeism due to coronavirus infection or quarantine following exposure tempered overall production, but some plants also added weekend shifts. “By the end of June, cattle slaughter had recovered to 2019 levels and hog slaughter was running above the prior year’s levels.”

“It’s taken the rest of the summer and here into the fall to sort of catch up,” said Derrell Peel, a livestock economist at Oklahoma State University. “I think we are largely caught up at this point, the indications are that we have largely addressed the backlog.”

All of this shake-up in the industry, Peel says, led to pretty significant price increases in the spring, especially for certain cuts of beef. And those higher prices have not yet fallen to pre-pandemic levels.

“They’re coming back down, it takes a little more time for them to work their way lower,” Peel said. “Part of that’s just the mix of products that we’re talking about and the supply chain flows vary a little bit from grocery chain to grocery chain and in different parts of the country.”

Sometime during the last three months of the year, though, he expects prices will return to pre-disruption levels.