Palm oil is everywhere–what can it tell us? 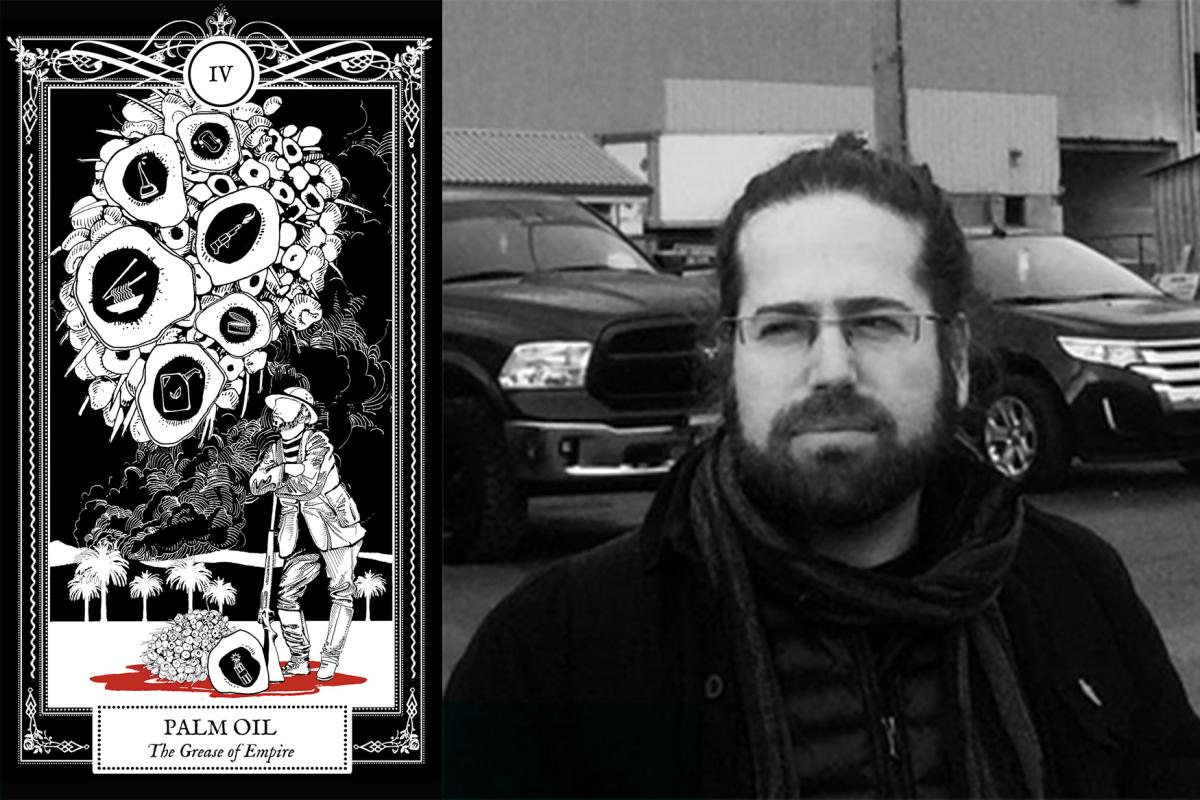 In his new book, Max Haiven digs into the history of palm oil production and its role in almost every facet of contemporary life. Art by Amanda Priebe (Courtesy of Max Haiven)

“When you begin to zoom out, you realize that in fact, palm oil is all around us, and the world, in a strange way, is made of palm oil; and we’re all, in a certain way, made of palm oil–in the sense that we use it to reproduce our bodies and to clean our skin and to live the lives that we live in a globalized world.”

This week on the show, a conversation with Max Haiven, author of the book Palm Oil:The Grease of Empire. He traces the history of palm oil production globally, examining its damaging effect on the environment, the labor abuses in the industry and the harmful effects of this cheap fat on the health of people who consume it. An exploration of what palm oil can tell us about our global economy, climate change and who we are.

Max Haiven is Research Chair in the Radical Imagination at Lakehead University in Ontario, Canada. He is also the author of Revenge Capitalism released in 2020) and Art after Money, Money after Art from 2018. Haiven teaches at Lakehead University, where he co-directs the ReImagining Value Action Lab (RiVAL).

One of the topics we explore on Earth Eats is the examination of our food systems. We do this from a number of different angles. We look at farming practices, food production and processing, food preparation (or cooking) and access to food (or lack thereof).

I am interested in food, for its own sake. It is endlessly fascinating. But I’m also intrigued by what the study of food can show us about other facets of our culture and who we are.

This week I’m talking with Max Haiven. He has a new book out about Palm Oil. Palm oil is extracted from palm kernels–the fruit of the palm tree. It has high amounts of saturated fat for a vegetable oil, and it remains semi-solid at room temperature. It is used in many products, from cosmetics, to electronics. You’ll find it listed as an ingredient in a large number highly Processed foods. Grab a random snack food off the grocery store shelf and check the ingredient list. I bet you’ll find palm oil.

Though Max Haiven is not a food scholar, through his study of palm oil, I knew he would have  interesting things to share with us about our food systems, about health, about labor and capitalism and about the environmental costs of so-called cheap food production.

You can hear the interview on this week's show.

A History of the World in 7 Cheap Things: A Guide to Capitalism, Nature, and the Future of the Planet, Raj Patel and Jason Moore

Why BMI is a flawed health standard, especially for people of color, Carly Stern, Washington Post