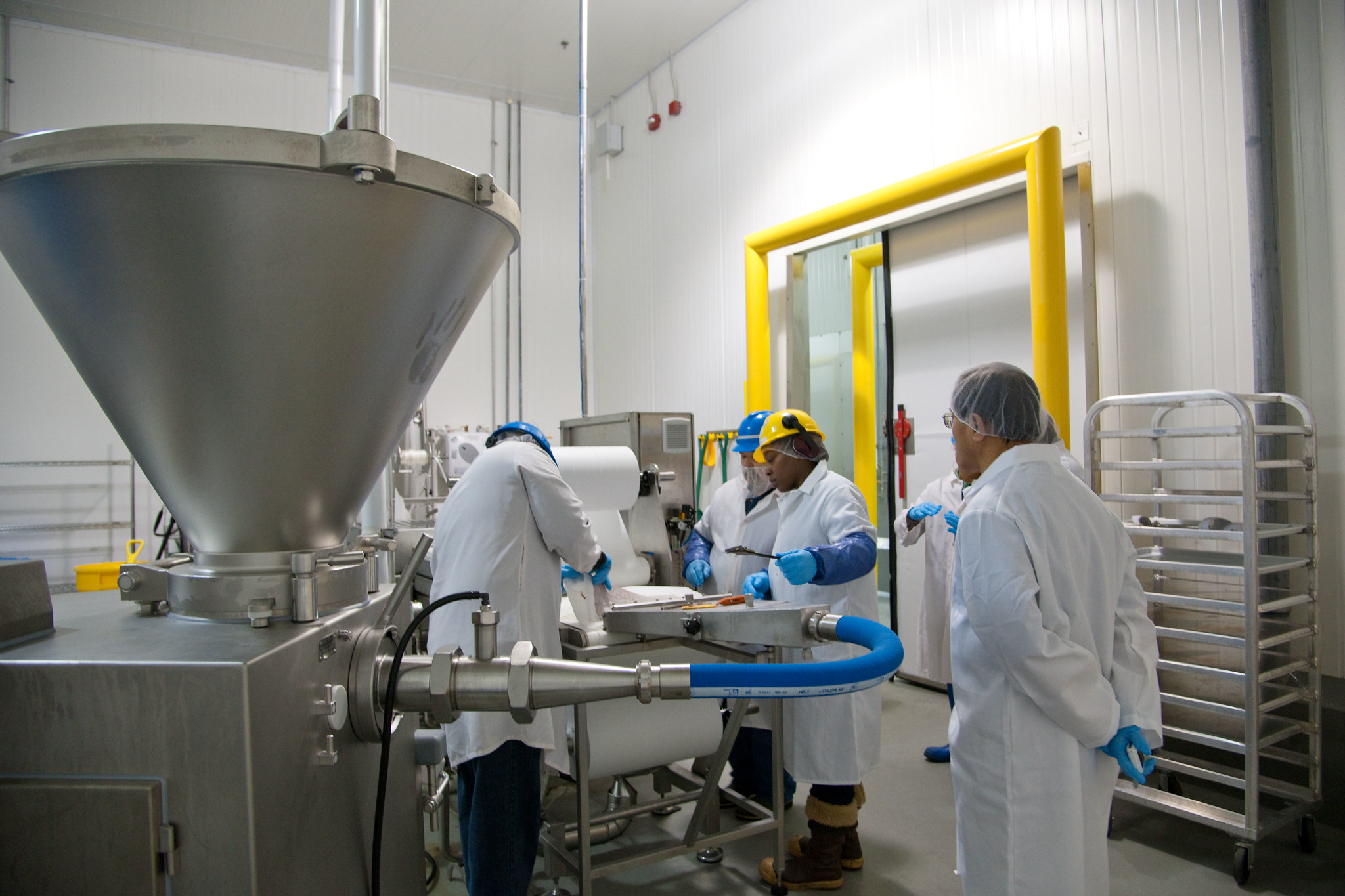 According to data from the Food and Environment Reporting Network, at the time of reporting the number of meatpacking workers who tested positive for Covid-19 has passed 44,600, with 213 dead as a result of their infections. (US Army/CDC/flickr)

The Food and Environment Reporting Network (FERN) has been tracking infections since April in the sectors of meatpacking plants, food processing facilities, and farms.

Reporter Leah Douglas gleans the data from local news reports, state and federal health offices, and sometimes companies to piece together a picture of how Covid-19 has gripped workers across the food system.

The numbers are grim. According to data that is updated each weekday, currently more than 63,230 workers across three sectors have tested positive, and 267 have died.

Out of that total, 213 were meatpacking workers, representing a whopping 79.7 percent of deaths.

More than 100 meat processing plants operated by companies including Smithfield and Tyson have had outbreaks of Covid-19.

As FERN’s Douglas reported in September, several states including Kansas and Arkansas have rolled back or stalled recent efforts to boost reporting on outbreaks, making health information less transparent and harder for public health officials to tackle.

In California, a Foster Farm plant closed at the end of last month after nearly 400 workers tested positive and 8 people died.

A massive outbreak at a Smithfield meatpacking plant in Sioux Falls, South Dakota in April has sparked fresh calls from lawmakers for the U.S. Labor Department to explain how nearly 1,300 employees at one plant contracted coronavirus, killing four people.

Workers from the CDC had visited the plant and given instructions on how to protect employees and reduce transmission, but the lawmakers say those recommendations were later withdrawn or watered down.

A report in September by the watchdog group Public Citizen and American Oversight revealed a series of government email documents showing one week before the decision, the North American Meat Institute had drafted a document that was strikingly similar to the president’s executive order.