Oh, sweetie! Bubaleh is a pancake to celebrate freedom. And it's a term of endearment 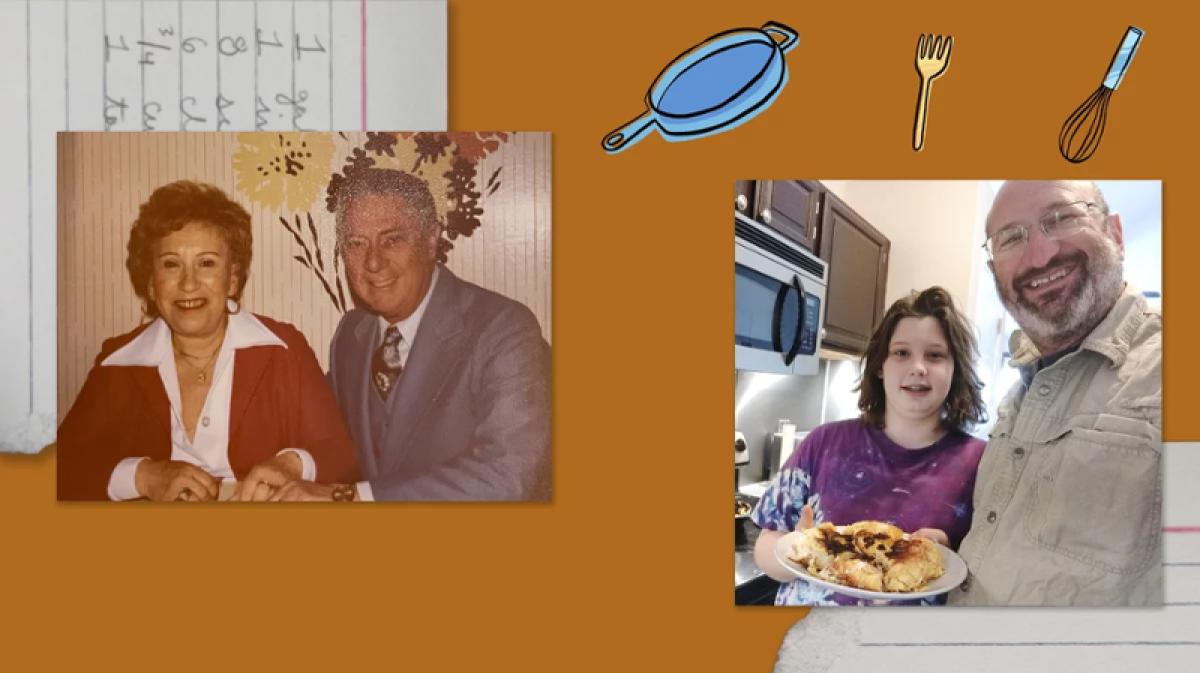 Pancakes, like many other bread products, require a rising agent, but what if you can't add one? Insert bubaleh, the sweet and savory kosher pancakes made with eggs that Alan Mishell and his family have enjoyed for decades during Passover.

Instead of flour, Mishell's recipe for bubaleh uses matzo meal and whipped egg whites to give this pancake its rise.

"The matzo is a reminder of the affliction of slavery and the sugar, the sweetness of freedom," Mishell said. "And we eat them together so that one is not remembered without the other."

Mishell learned how to make the pancakes from his grandmother, Florence Mishell, who lived in New York after coming to the U.S. from Kinsk, Poland.

"That town, when she was living there, was over 60% Jewish, and it was kind of a center for learning," Mishell said. "And my grandmother ... was able to leave there prior to World War II. Her mother, my great-grandmother, was able to scrape enough money together to get herself and her children to the United States prior to the Nazi invasion, which was super lucky for us."

After the Nazi invasion of the town, Mishell said the percentage of Jews dropped to zero as they were all killed or sent to the Treblinka death camp.

"While this is a food that celebrates our freedom from slavery, it also comes through as a food from another escape," Mishell said.

Mishell splits his time between Boulder, Colo., and Chesterfield, Mo., and is the third generation of his family in the U.S. to make the recipe. He recently passed it on to his 14-year-old son, Sander, who enjoys cooking. Mishell hopes he will continue to make it.

"I think it's meaningful that we share it, especially now that there is an alarming rise in antisemitism at the moment," Mishell said. "It's scary, and it's important to share our traditions and pass on information and think about the thread from thousands of years ago until today."

Though this is traditionally a food that Mishell and his family eat during Passover, it can be made any time of the year, he said. Once you've got your bubaleh, cut it into slices like a pizza and top with some cinnamon or maple syrup.

As for what bubaleh means, Mishell said that in Yiddish it has a couple of meanings.

"One is just bubbles, right? That's what you're making. You're whipping the eggs into this bubbly froth," he said. "But it also is like a term of endearment ... sort of like, "sweetie," that a grandparent may say to a grandchild."

Whip egg whites to stiff peaks (preferably in a stainless or copper bowl).

Heat a skillet over medium heat and grease with butter.

Gently fold the egg yolk mixture into the egg whites until lightly incorporated.

Pour batter into skillet and fry, covered, flipping once.

Plate and then sprinkle cinnamon on top.

Cut into wedges and serve with jam and syrup — and fruit!