It took clever thinking to write a recipe for this Irish soda bread, a family favorite 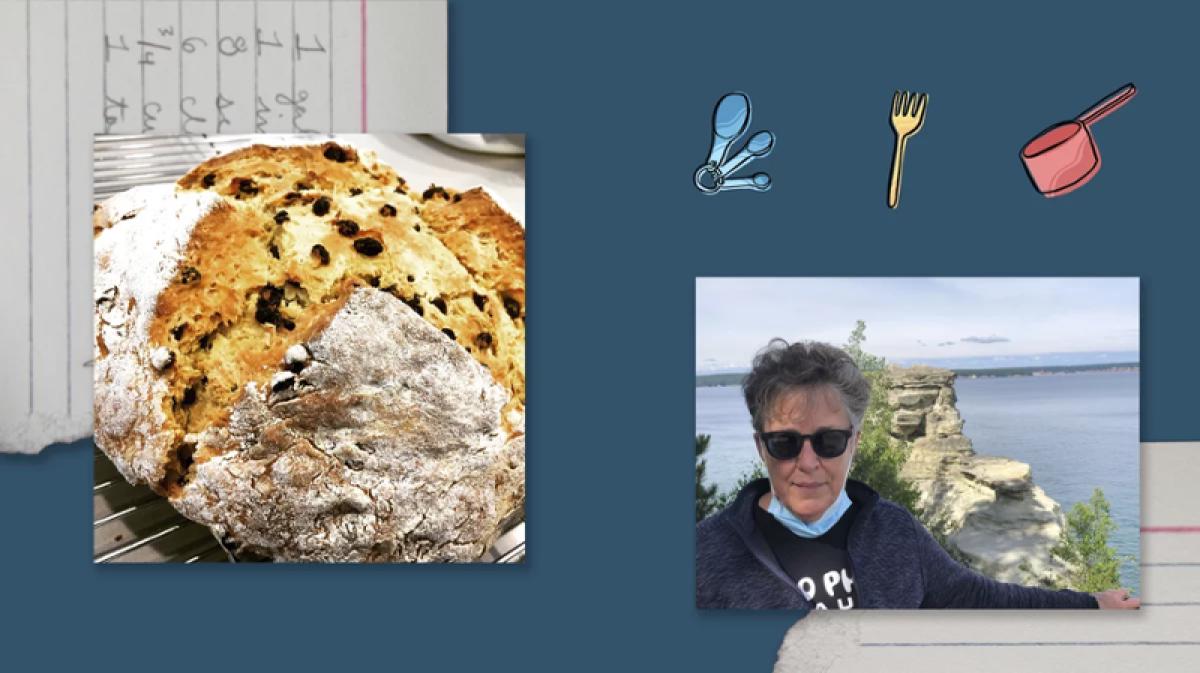 When Maureen O'Reilly decided it was time to ask where the family's Irish soda bread recipe came from, her husband's Grandma Boyce just laughed.

The recipe had traveled with Grandma Boyce from Ireland, where it was a staple while she was growing up. O'Reilly wanted to make the bread for her husband, Ken, but realized she was going to have to pay close attention to capture the recipe as Grandma Boyce baked, since she made the bread by feel and sight.

"I literally had to stand in the kitchen at her side as she threw flour and sugar and other things into the bowl, and then take them back out as best I could and measure them," O'Reilly said. "Eventually we got to a recipe, and it was always a little bit different each time, but you know, she taught me the basics of how to put it together and bake it."

Boyce's recipe includes sugar, raisins and caraway seeds, but those ingredients weren't in the loaves she had as a child in Ireland. It wasn't until Boyce immigrated to the United States and became a professional chef that the Irish soda bread became more than flour, buttermilk and salt.

O'Reilly said she once asked Grandma Boyce, who died in 1987, about the difference between her recipe and the so-called authentic ones O'Reilly had found during her research.

"She said, 'Yes, yes, that's true. Aren't I lucky? Now I live in a country where I can find those ingredients, where I have enough money to buy those ingredients, and I can add them to my bread and it tastes so much better,'" O'Reilly said, recalling the conversation. "She said it used to be like eating a stone, and now it's like eating cake."

O'Reilly, who lives in Milwaukee, Wis., makes the bread about five times a year — not just on St. Patrick's Day — because family members love it.

"There are people in my immediate family who really, really like it and think of it as a treat ... whether they have it with a beer or a cup of tea," O'Reilly said.

Some of them like the bread in its purest form, while others, including O'Reilly, prefer to spread some Kerrygold Irish butter on top.

No one else in the family has made the recipe with O'Reilly. She's hoping to change that this Christmas, though, and pass the recipe along to her granddaughter because it really is the only Irish soda bread the family wants.

"Over the years, I've tried other types of soda bread. You know, when Martha Stewart came along with her loaf, and other bakers. I've certainly tried all of them," O'Reilly said. "But all of them got thumbs down from the family. They wanted Grandma's loaf."

Crumble in 1/2 cup unsalted butter with your fingers until the mixture is fragrant with butter, caraway and flour, and pieces of butter are pea-size or larger.

Add to dry ingredients and combine to make a stiff dough, stopping just when flour disappears.

Place dough in pan and lightly shape into a dome.

Using a sharp knife, cut a cross a half-inch deep into the top.

Cool in pan 5 minutes, then turn out onto a rack to cool.