High Bines And Harvest Brew For The Hub. 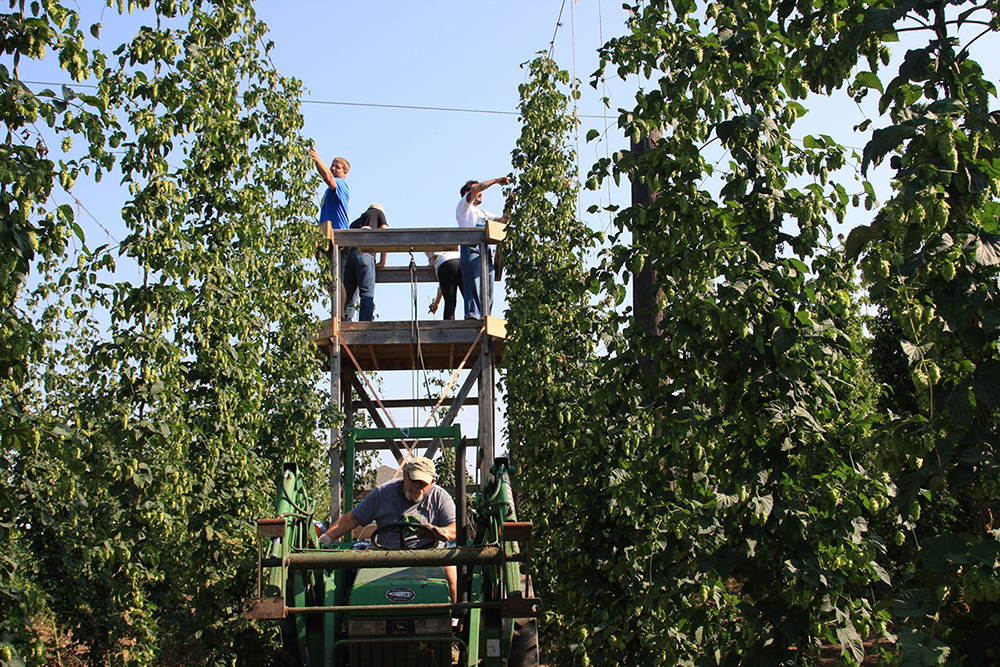 On this week's show, it's hops farm to brewpub with Indy High Bines and Upland Brewing Company. We'll follow the making of a special beer to benefit Mother Hubbard's Cupboard on their 20th Birthday.

Also on this week's show, Harvest Public Media and NET's Grant Gerlock share a story on soil conservation and the farm bill. Listen to On The Table podcast from NET to learn more about the farm bill.

Upland Brewing shares a birthday with Mother Hubbard's Cupboard (AKA, The Hub), a local food pantry and community food resource center in Bloomington, Indiana. They both started in 1998. Upland is honoring The Hub with a special, wet-hopped beer called Mother's Harvest.

To make this New England-style, Hazy IPA you need fresh hops. I met a crew from Upland out at Indy High Bines, a hops farm just south of Indianapolis, for the harvest.

The next morning, the Upland brewers get to work extracting that fresh hops flavor while the cones are still bright green and fragrant.

Music on this week's show by Dirty Three

The Agency for Toxic Substances and Disease Registry - part of the CDC and the Department of Health and Human Services - began conducting a 2015 a toxicological review of glyphosate in 2015. It has yet to be published.

Unlike corn and soybeans, biotech wheat has never been farmed commercially. This new gene mapping could change that.