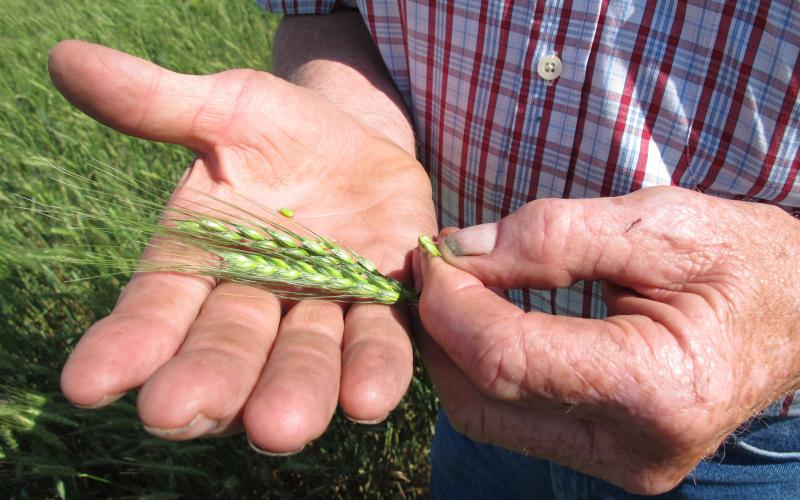 After 13 years of work, a consortium of 200 scientists from 20 countries has released the first complete genome sequence for wheat. The discovery sets the stage for advances in a staple crop at a time when rising temperatures are beginning to threaten global production.

The wheat genome has lagged behind its peers in commodity agriculture. Corn was sequenced in 2009, soybeans in 2008 and rice in 2002. But wheat is more complex: It contains five-times the DNA of the human genome.

“We were told most of my career that wheat would never be sequenced, and now it's done,” University of Nebraska-Lincoln wheat breeder Stephen Baenziger said Friday. He compared working without the genome sequence to driving down a freeway with no road signs.

“The sequence is as if someone had told you where every brick, every piece of concrete, in the road between Chicago and Denver is,” he said.

With this new roadmap in hand, Baenziger said researchers will have fewer dead ends as they target the clusters of genes that make wheat plants produce more grain, withstand heat and drought or resist diseases like wheat streak virus.

Unlike corn and soybeans, which are each more than 90 percent GMO, biotech wheat has never been farmed commercially. Poland said it would not have been accepted by consumers or export markets.

Wheat may be a good candidate for new gene-editing methods like CRISPR, Poland said.

“Having the whole wheat genome really gives more informed targeting for some of the new technologies like CRISPR with the recent USDA ruling that it's outside and significantly different than genetic modification,” Poland said, although a decision in the European Union to count CRISPR-edited crops as genetically modified may complicate things.

“I think you'll see more interest in researching wheat the same way as you see research in corn and soybeans, which are crops that have been largely privatized,” Baenziger said. “The crop that gives the world 20 percent of its calories and 20 percent of it's protein has now got a tool that is really impressive.”