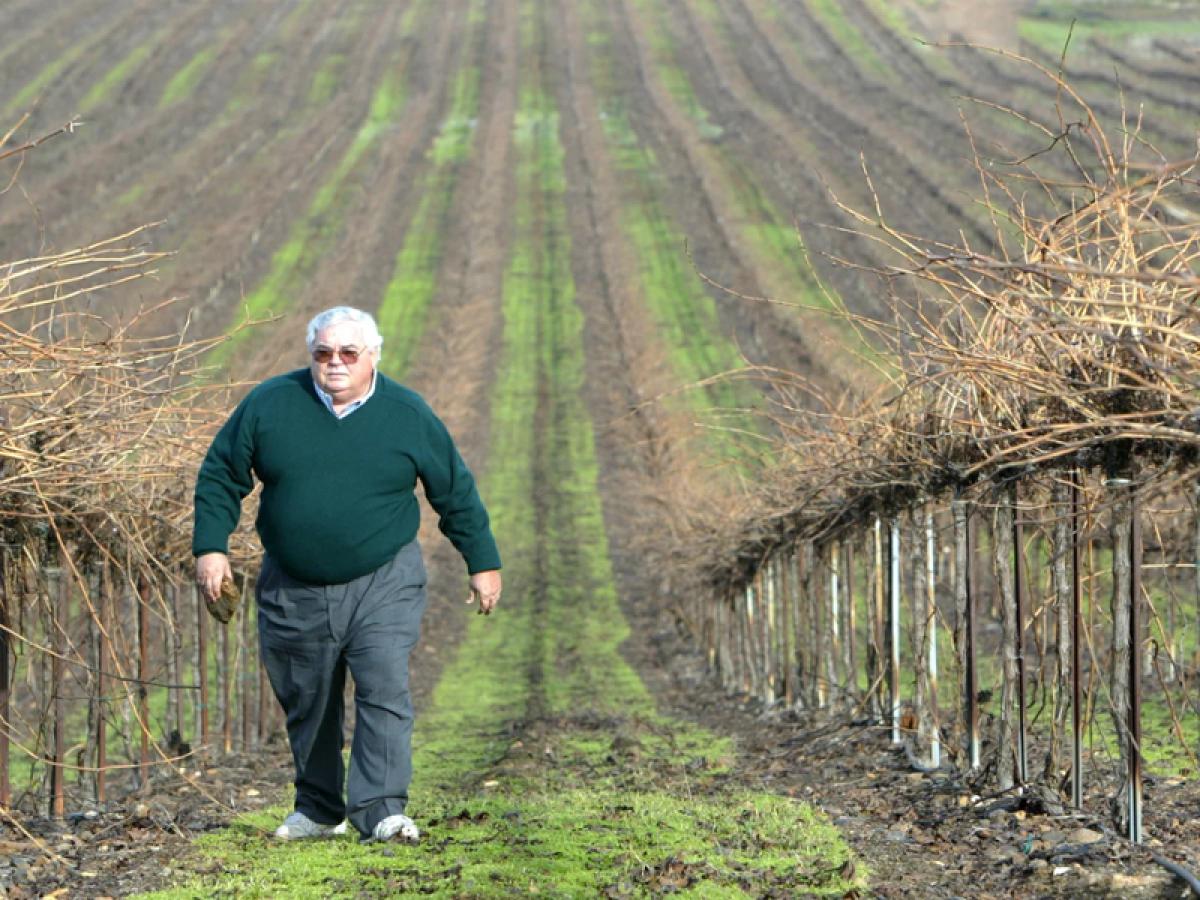 Fred Franzia, the man behind the famous "Two Buck Chuck," died on Tuesday at age 79.

The Franzia family and the Bronco Wine Company announced Franzia's death on Instagram. Franzia founded the company with one of his brothers and a cousin in 1973. The trio aimed to create "high quality wines at a value for wine consumers."

"Core to his vision was a belief that wine should be enjoyed and consumed on every American Table," the company said. "When asked how Bronco Wine Company can sell wine less expensive than a bottle of water, Fred T. Franzia famously countered, 'They're overcharging for the water — don't you get it?'"

The California winemaker said countless times over his career that a person should not have to pay more than $10 for a bottle of wine. The thought, while appealing to many, was just as distressing to many people who indulge in more expensive wines.

Still, Franzia did well to bring affordable wine to the masses through his plethora of brands and his savvy business tactics of buying and selling wine in bulk at opportune times, as detailed by The New Yorker. Probably none of these are more famous than the Charles Shaw brand that is sold exclusively at Trader Joe's grocery stores. For years, consumers could grab a bottle or two for just $1.99 each.

The price has gone up some, but "Two Buck Chuck" still remains well within grasp for those who value affordability.

It's also competed with pricier wines and come out on top. In 2004, the 2002 Charles Shaw Shiraz won a prestigious double gold medal at the 28th Annual International Eastern Wine Competition among the 2,300 other wines.

Carol Emert, a wine columnist at the time, told NPR she wasn't surprised at how well the Charles Shaw brand did.

"The flavor profile of Charles Shaw tends to be very fruit forward, very likable, very approachable," Emert told Morning Edition. "It has a surprising amount of tannin and other types of complexity which is why people are so wowed by the fact that they can get it for $2. It doesn't taste like a cheap, simple syrupy wine."

While Franzia had a lot of success with bargain wines, he was not involved in the business of the popular Franzia boxed wine. As Wine Spectator reports, the Franzia brand was once owned by the same family, but it was sold to Coca-Cola before Fred founded Bronco Wine Company alongside his brother and cousin. The decision to sell the company did not sit well with Franzia.

"My dad, he was not a fighter," he told The New Yorker in 2009."He just folded. And he and I went through a period of no communication."

Though the family's original brand was sold, Franzia made a point to keep Bronco Wine Company family-owned even as it went through vertical integration — or bringing all aspects of its operations in-house.

"His entrepreneurial spirit, tireless dedication, and his commitment to both his family and to the Bronco family will forever be remembered," the company said. "His legacy will endure for generations to come."