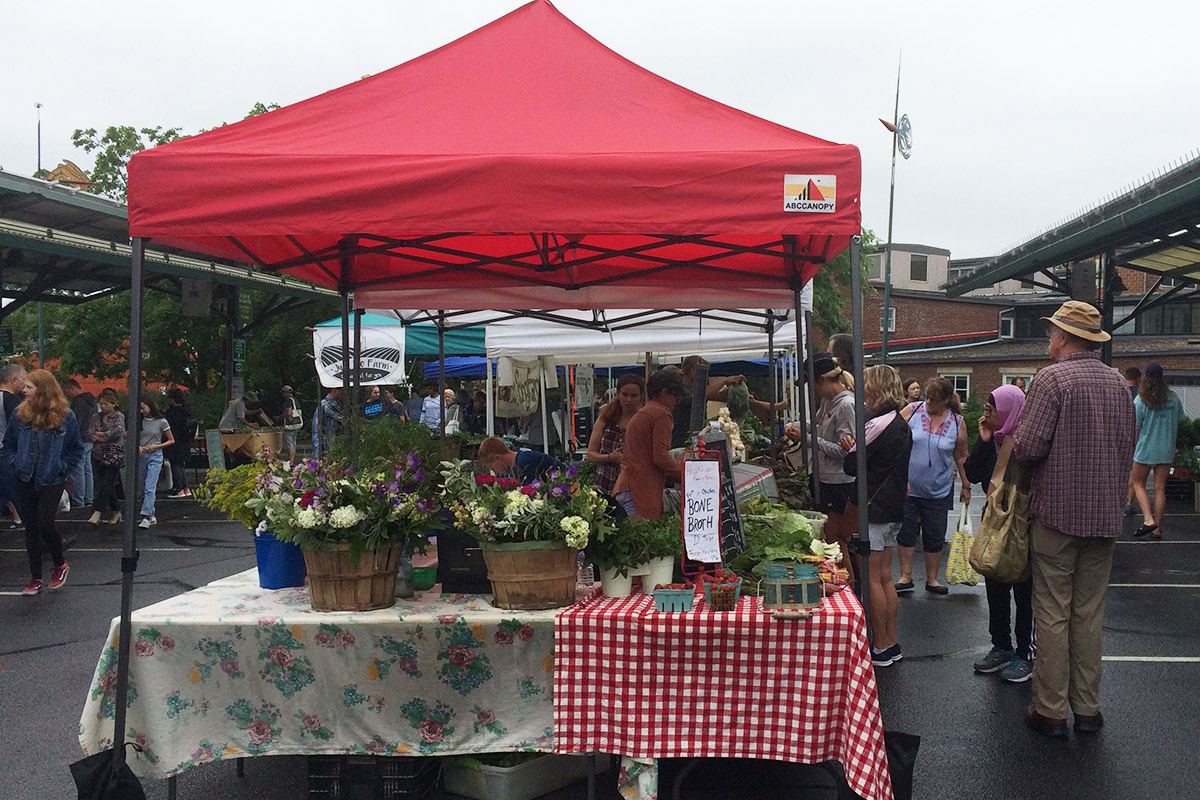 So this whole idea of these kinds of farmers markets-at which people value diversity-become white spaces, I think has to do with liberal white society's discomfort with race more generally.

This week we're devoting most of the show to a discussion of farmers markets and whiteness. We'll be speaking with farmers, shoppers, organizers and authors about the culture of farmers markets and some of the barriers people of color can face in participating in farmers' markets, as vendors or as customers.

In foodie circles, there's a lot of talk about the value of "knowing your farmer."

Last week, shoppers at the Farmers' Market in Bloomington had to consider what it really means to "know your farmer."

As they walked in, they might have been handed a flyer. The flyers were alerting shoppers that one of the family farms selling vegetables at market allegedly has ties to the white supremacist group Identity Evropa, also known as American Identity Movement.

When I arrived, I met Abby Ang, who was handing out flyers from the Democracy for Monroe County table, in a section of the market known as Info Alley, The flyer was intended to let people know about the farmers and the booth in question.

A lot of people were shocked to think that a vendor at this market would identify that way. Others were not shocked at all.

And it got us thinking about the relationship between farmers markets and whiteness.

So we decided to talk with people at the market-- growers, activists and shoppers about the culture of the market.

I asked if they thought the market seemed accessible to people of color, both as growers and as shoppers.

And we asked Alison Alkon to weigh in. Alison Alkon is an Associate Professor of Anthropology at the University of the Pacific and she teaches in the food studies program there. She's the author of Black White and Green: Farmers Markets, Race, and the Green Economy, a study focussed on the racial dynamics of food politics at a couple of farmers markets in California.

We know this conversation is incomplete, and we hope it sparkes further discussion in these communities.

Farming While Black: Soul Fire Farm's Practical Guide to Liberation on the Land

Farming While Black--an interview with Leah Penniman (on Earth Eats)

Weighing In: Obesity, Food Justice and the Limits of Capitalism

Special thanks to Alex Chambers for production collaboration and editing support for this episode.

A wheat strain resistant to the weedkiller glyphosate - more commonly known as Roundup - was found growing wild in the northwestern United States for the fourth time since 2013.

A new EPA rule will exempt requirements for farms to report pollution from animal waste.