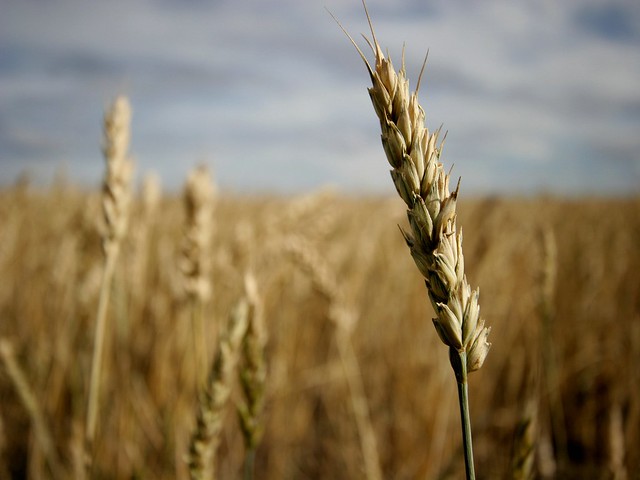 Previous GM wheat cases include 22 stalks also found in Washington State in 2016, and in eastern Oregon in 2013. A third case from 2014 involved a research farm at Huntley, Montana, where GMO wheat had been tested from 2002-2003. GM wheat has also been found in Alberta, Canada.

The USDA never approved the growth of genetically modified (GM) wheat. So why does it keep popping up?

A wheat strain resistant to the weedkiller glyphosate – more commonly known as Roundup – was found growing wild in the northwestern United States for the fourth time since 2013.

This time, the plants were discovered in a fallow field in Washington state. They raise questions about U.S. biotech and its effects on the environment outside the laboratory, and in particular, field trials of Roundup-tolerant GM wheat conducted by Monsanto in the Pacific Northwest from 1999-2001.

Monsanto is now owned by Bayer. That merger created the largest crop supply company in the world.

The previous cases include 22 stalks of GM wheat also found in Washington State in 2016, and in eastern Oregon in 2013. The USDA never found the source of those stalks. A third case from 2014 involved a research farm at Huntley, Montana, where GM wheat had been tested from 2002-2003. GM wheat has also been found in Alberta, Canada.

Washington State is the fourth-largest wheat-producing state in the nation, with between 80 and 90 percent of crops exported to Pacific Rim countries.

Japan and South Korea suspended purchases in 2016 after the previous case of rogue GMO wheat from Washington State.

There is no evidence the wheat has entered the food chain, said the Animal and Plant Health Inspection Service (APHIS), on Friday to FERN.