Farm Workers Fight To Survive Amid Fires And Virus 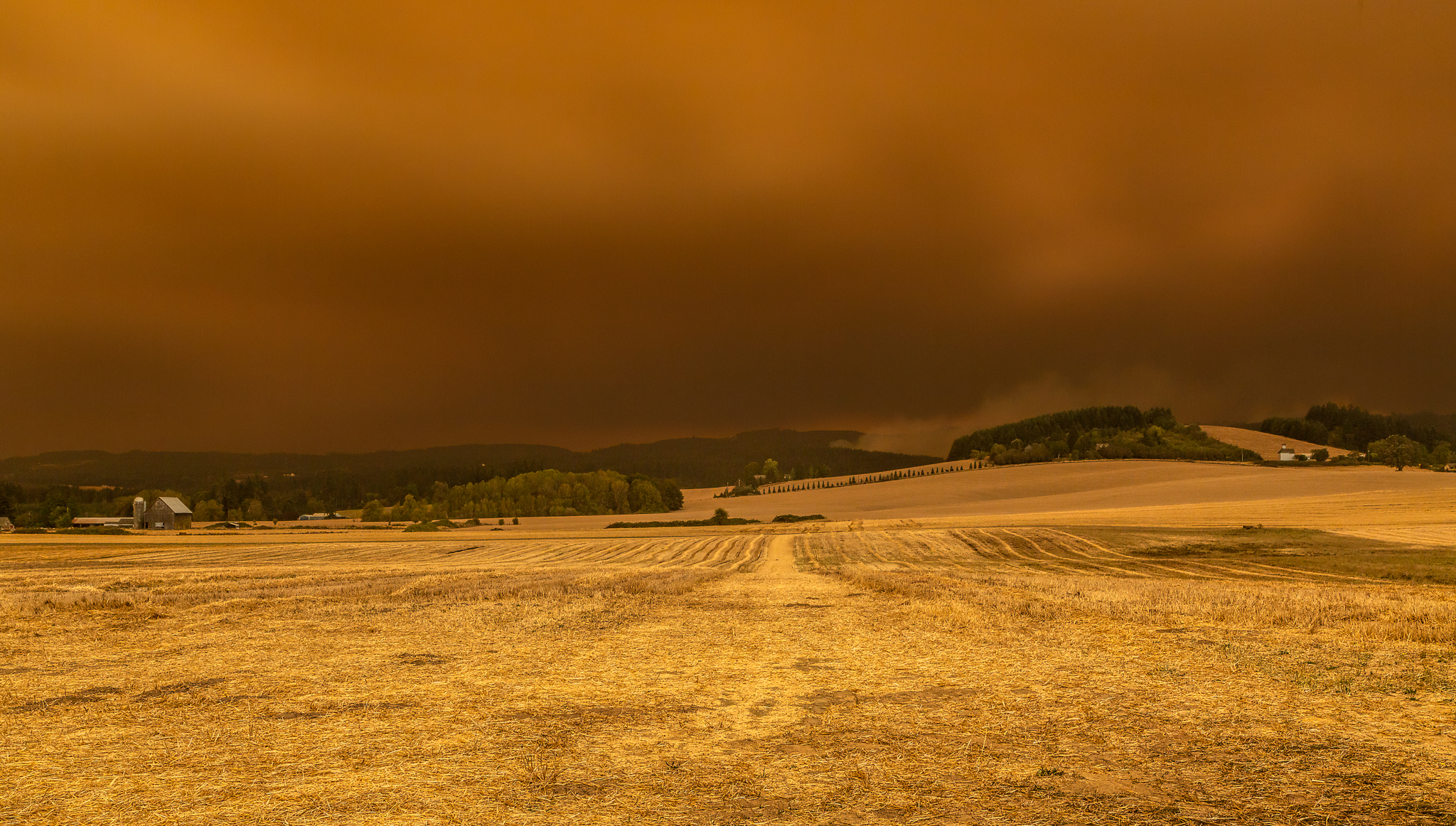 Smoke from fires in western Oregon hangs over fields near the Chehalem Mountains in early September. Scientists say this year’s fires across western states are the worst in 18 years and their increasing frequency and intensity is linked to climate change. (Sheila Sund/flickr)

As wildfires continue to rage across millions of acres in western states and smoke hangs over devastated communities, farm workers continue to work the harvest season despite risks of exposure to heat, smoke and stubbornly high rates of new coronavirus cases.

Health researchers warn that smoke causes or worsens a list of medical ailments from respiratory and cardiovascular disease to diabetes.

An EPA Air Quality Index (AQI) usually measures from 0 to about 500, with up to 100 considered to be generally safe.

Under California regulations, employers must provide workers with respirators like N95 masks if the level is over 150.

Areas of Oregon near Portland on September 17 registered 380, considered to be a level hazardous enough that everyone should avoid going outside. The AQI topped 300 on some of the worst days across the West Coast in recent weeks.

In central California near Fresno, levels have registered a whopping 780.

Farm labor activists warn that the combination of wildfire smoke and coronavirus will amplify infection rates and death tolls among workers, half of which are undocumented or migrants who lack legal protection and live in crowded housing conditions.

Many have preexisting health conditions due to low socioeconomic status, lacking health care and access to services.

One farm worker who had migrated from Oaxaca, Mexico and did not want to use his name due to his imigration status told PRI's The World that smoke had affected his health while picking almonds in Fresno without protection.

“At night, especially, I’ve had a hard time sleeping because my throat hurts. I’m coughing, my eyes are red,” the report quoted him as saying.

After learning that there was an anonymous Spanish-English tip line for labor law violations in California, the man said “I wouldn’t call that number. What if it gets traced back to me?”

California’s Occupational Safety and Health Administration told The World that the agency has only 200 field enforcement officers to inspect 200,000 workplaces across the state that could be affected by smoke.

In a California poll this summer, United Farm Workers found that 84 percent of the workers asked had not received N95 masks by their employers.

As California wildfires rage, the harvest goes on (Food and Environment Reporting Network)

Amid Wildfires, Us Farmworkers Labor With Few Protections (The World)

An Extraordinary Summer Of Crises For California’s Farmworkers (National Geographic)