As prices soar, border officials are seeing a spike in egg smuggling from Mexico

By GIULIA HEYWARD AND ANGELA KOCHERGA 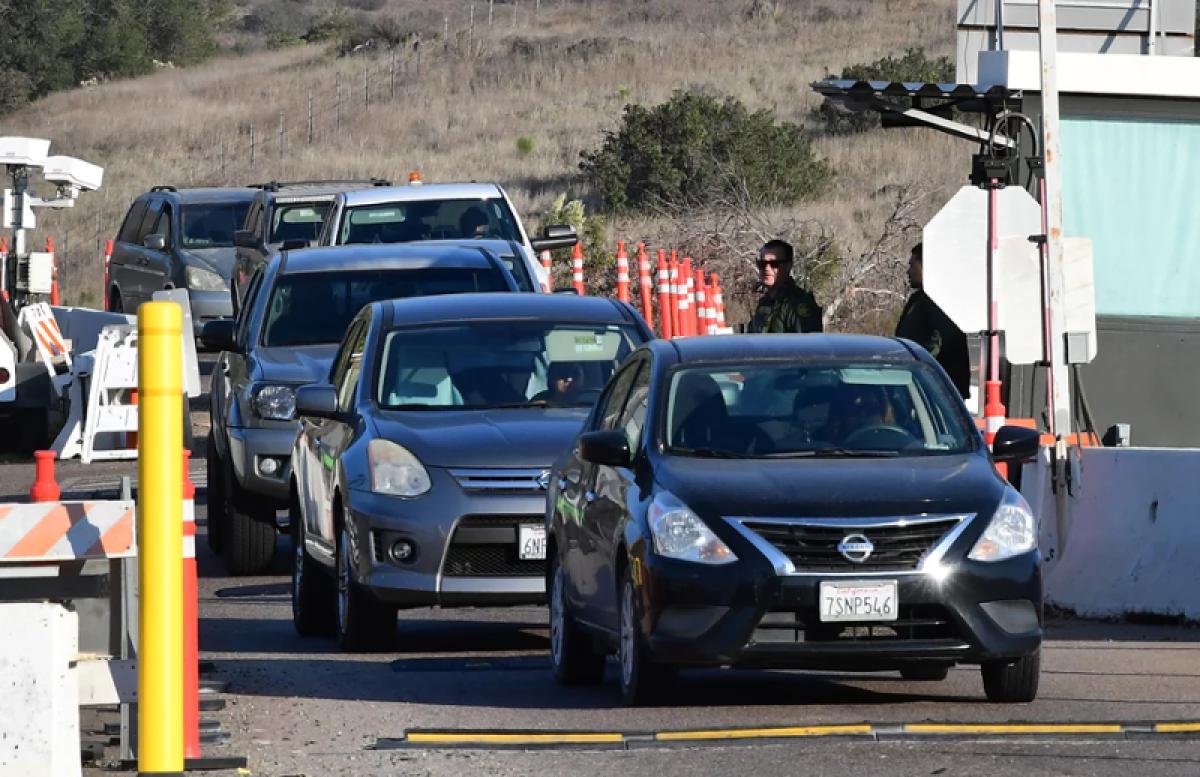 The U.S-Mexico border crossing in Jamul, Calif., on Nov. 8. Border Patrol agents are reporting a spike in travelers attempting to smuggle eggs into the United States from Mexico. (Frederic J. Brown /AFP via Getty Images)

As the price of eggs continues to rise, U.S. Customs and Border Protection officials are reporting a spike in people attempting to bring eggs into the country illegally from Mexico, where prices are lower.

The jump in sightings of the contraband product can be best explained by the high price of eggs in the U.S., which soared 60% in December over a year earlier. A combination of the deadliest bird flu outbreak in U.S. history, compounded by inflationary pressure and supply-chain snags, is to blame for the high prices shoppers are seeing at the supermarket.

It's forcing some drastic measures: some grocery store chains are limiting how many cartons customers can buy.

And some people are going as far as smuggling eggs from out of the country, where prices are more affordable, and risking thousands of dollars in fines in the process.

A 30-count carton of eggs in Juárez, Mexico, according to Border Report, sells for $3.40. In some parts of the U.S., such as California, just a dozen eggs are now priced as high as $7.37.

Shoppers from El Paso, Texas, are buying eggs in Juárez because they are "significantly less expensive," CPB spokesperson Gerrelaine Alcordo told NPR in a statement.

Most of those people arriving at international bridges are open about their purchase because they don't realize eggs are prohibited.

"Generally, the items are being declared during the primary inspection and when that happens the person can abandon the product without consequence," Alcordo said. "There have been a very small number of cases in the last weeks or so" were eggs weren't declared, and then subsequently discovered during inspection, Alcordo added.

If the products are discovered, agriculture specialists confiscate and destroy them, which is routine for prohibited food. Those people are fined $300, but the penalty can be higher for repeat offenders of commercial size illegal imports.

In San Diego, customs official Jennifer De La O tweeted this week about "an increase in the number of eggs intercepted at our ports." Failure to declare agriculture items, she warned, can result in penalties of up to $10,000. 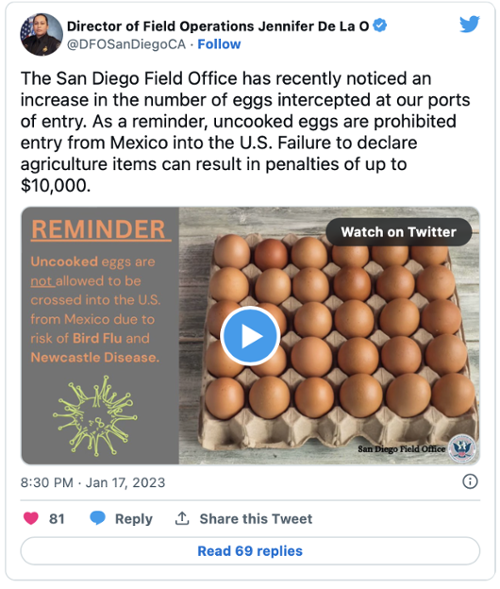 Bringing poultry, including chickens, and other animals, including their byproducts, such as eggs, into the United States is prohibited, according to CPB.

The U.S. Department of Agriculture also forbids travelers from bringing eggs — with the exception of egg shells and moon cakes, in certain instances — from other countries because of certain health risks.

Eggs from Mexico have been prohibited by USDA since 2012, "based on the diagnosis of highly pathogenic avian influenza in commercial poultry."

Angela Kocherga is the news director at member station KTEP.