An inside look at how the Girl Scouts chose their next cookie flavor, Raspberry Rally 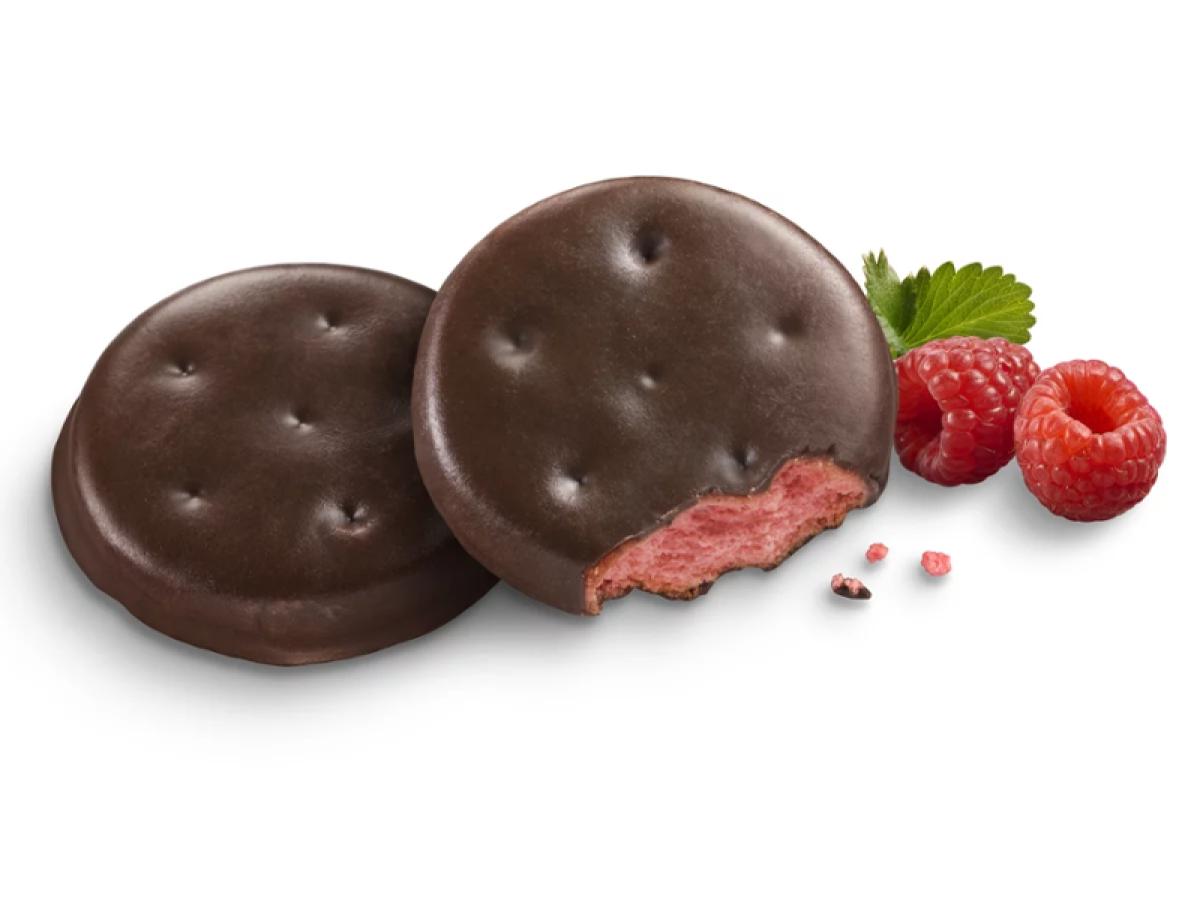 A new Girl Scout cookie has joined the lineup. Meet Raspberry Rally, which is being called the sister of the iconic Thin Mint. Or is it a challenger?

Usually, Girl Scouts launches a cookie with a new design, totally unlike its predecessors. Reimagining a cookie with an existing format is something new for them, Lou said. But while the Raspberry Rally may be comparable to a Thin Mint, Girl Scouts still had to develop its flavor and internal color.

From concept to production, it takes about two years to debut a new Girl Scout Cookie. Girl Scouts of the United States of America, or GSUSA, first conduct market research and receive input from Girl Scout troops and cookie fans for ideas. The company also researches consumer trends to see what's popular. Because berry flavors are currently popular, Lou said, they realized a raspberry cookie could be a hit.

After the research stage, GSUSA tests their leading ideas with Girl Scout Cookie lovers. Once the organization learns what catches fans' interest, it works with its bakers to work on the flavor and develop a recipe.

"It's a little bit light and a little bit sweet, but not overwhelming [...] You feel like you can eat 20 of them," Lou said.

Then, the new cookie goes through the naming process, as well as final tests with an advisory group of Girl Scouts from across the country to make sure it's scout-approved. They helped choose Raspberry Rally as the winner.

The Girl Scout's slogan this year is "Ready, set, rally!" The annual event each troop holds to kick off their cookie season is called a rally, but the word "rally" is also intended to celebrate the spirit of the community that comes together to support Girl Scouts, Lou said.

The Raspberry Rally will be available exclusively online during the local cookie season, alongside the rest of the Girl Scout Cookie lineup. The season varies across the country, but typically falls between January and April. The profits from cookie sales stay local, according to the Girl Scouts' website, and fund activities and community projects for each troop.

Lots of other cookies were in the running, but Lou said she can't share what they were, as Girl Scouts may end up making them another year. In the last couple of years, Girl Scouts has been releasing a new cookie annually, and Lou said it's still up in the air how long this one will be around.