Ado Campeol, the man known as the 'father of tiramisu,' has died 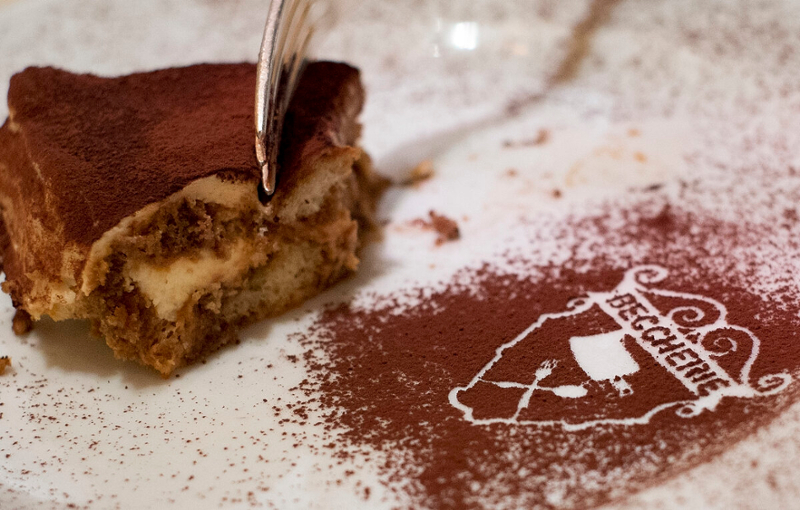 A slice of tiramisu at the restaurant Le Beccherie on August 24, 2013 in Treviso, Italy. (Marco Secchi/Getty Images)

Ado Campeol, the famed owner of the Italian restaurant where tiramisu is widely thought to have been invented, has died. He was 93.

Luca Zaia, the president of Italy's Veneto region, where Campeol's former restaurant was located in the city of Treviso, announced the news in a Facebook post.

"I extend to all the family members my deepest condolences," Zaia said in a post translated from Italian.

Campeol's restaurant, Le Beccherie, has long been considered the birthplace of tiramisu, the sweet Italian dessert that's become a global favorite at the dinner table.

Roughly translated as "pick me up," tiramisu typically consists of ladyfingers soaked in coffee separated by layers of an airy cream made by whipping together egg yolks, sugar and mascarpone cheese. The top is sprinkled with cocoa powder, and some variations include the addition of liquor such as rum or Marsala wine.

Although Campeol has been called the "father of tiramisu," it was actually his wife, Alba Campeol, and one of the restaurant's chefs that apparently invented it.

According to the BBC, Alba Campeol and chef Roberto Linguanotto came up with the idea for the dessert after Linguanotto accidentally dropped mascarpone in a bowl of eggs and sugar. He liked how it tasted and told Alba Campeol. The two then added coffee-soaked ladyfingers and concocted what came to be known as tiramisu, which first appeared on the restaurant's menu in 1972.

The recipe was eventually certified by the Italian Academy of Cuisine, and Zaia led an effort to secure the dish protected status by the European Union so it couldn't be made with strawberries or cream.

Not everyone is so sweet on tiramisu's origin story. Fellow Italian chef Carminantonio Iannaccone has claimed the popular dessert as his own creation. Others say tiramisu actually originated in Treviso's brothels as an aphrodisiac.

Le Beccherie closed in 2014, 75 years after it first opened, citing a decline in tourism following the global financial crisis, though it appears to have reopened.