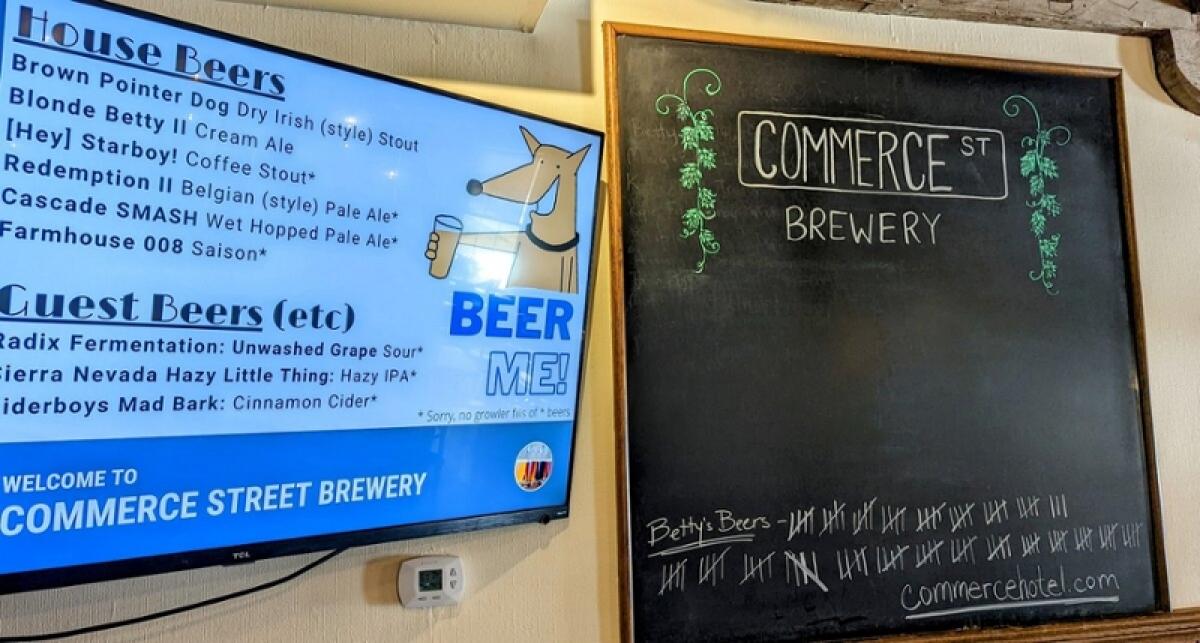 Every small town should have a dream. And in Mineral Point, Wis., the long-running dream was that some day, Betty White would come back for a visit.

The local brewpub was ready. On its chalkboard that tracks beers people buy in advance for buddies who might pop in, White's name has long been the most popular on the list.

In 2019, she had more than 40 beers waiting for her at the Commerce Street Brewery, just in case she stopped by.

The idea might sound outlandish, but White had been to Mineral Point before. It's where Allen Ludden, her third (and last) husband, was originally from. When Ludden, who hosted the TV game show Password, died in 1981, White attended his funeral in Mineral Point.

"We around town have always thought of Betty as a Pointer by marriage," said Mike Zupke, proprietor of the brewpub and inn. 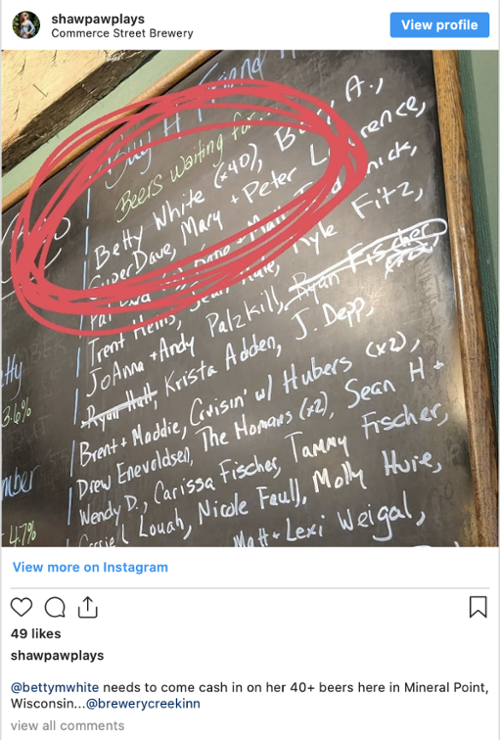 The brewery even created a beer in White's honor: the Blonde Betty, which Zupke calls an "homage to Mineral Point's favorite 'Golden Girl.'" It was a way to celebrate White's 97th birthday. Since White's death at 99 on the last day of 2021, Commerce Street has reprised the brew.

As for the drinks people bought for White, the number has continued to rise, to well over 110 beers.

Instead of luring the beloved actor and comedian to Mineral Point with the promise of a refreshingly crisp beer among admirers, Commerce Street plans to donate the money — $565 and growing — to one or more local animal shelters in White's name.

"Once we posted a link for people to buy beers online, the beers/donations have steadily flowed in, from all over the country," Zupke said.

The idea is similar to the #BettyWhiteChallenge, in which fans of White — an outspoken supporter of animal welfare causes — are banding together to donate to their local animal charities on Jan. 17, which would have been White's 100th birthday.

White won't be stopping by Mineral Point to raise a glass and crack a joke in the bar, but she still holds a special place in the town.

"Allen Ludden and Betty White is our connection to Hollywood," Mineral Point Mayor Jason Basting said last week, after the comedian's death. "For a small town of 2,600 people, it's pretty neat to have that type of connection. She's a legend right?"