A bit of mystery surrounds a family's tourtière recipe, but it's a holiday favorite 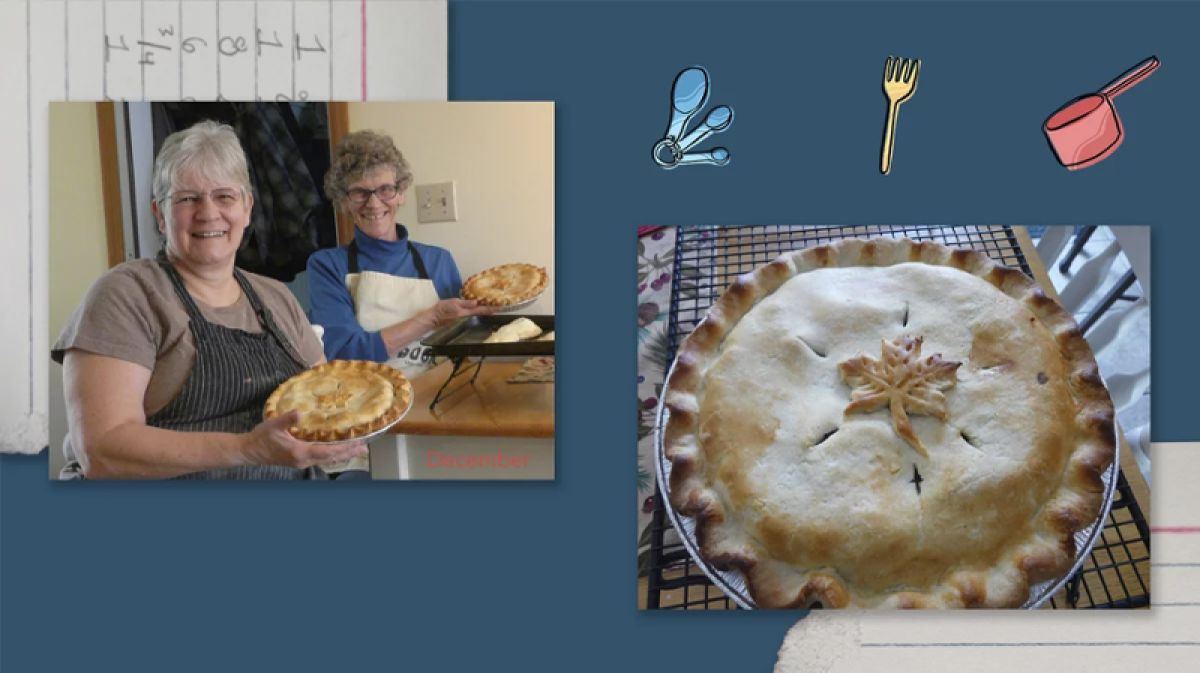 For Mona Grandbois, it's not Christmas without tourtière, the spiced pork pies that are a staple of French Canadian traditions her family celebrated when she was growing up.

The pies are special, said Grandbois, who lives in Biddeford, Maine, and they are reserved for the holiday season – Thanksgiving, Christmas and sometimes New Year's.

Ground pork, minced onions, allspice and clove come together with mashed potatoes to make the filling in Grandbois' family recipe that has been passed down for generations.

Some of Grandbois' most cherished memories of tourtière come from when her family would gather on Christmas Eve to attend midnight Mass and then return home for réveillon – a feast that went on for hours, late into Christmas morning.

"We would sit down to this meal. And it always included tourtière," Grandbois said. "When I have it now, even though there's not the number of people in the family anymore ... this meal brings back those memories.

"It's like being back home on Christmas Eve, eating with all of that family," she said.

Grandbois' connection to tourtière goes beyond her family, though. Throughout her life, she's found that others with French Canadian ties instantly recognize when the pies are being made.

"Both my sister and I have had several experiences like this where people come in and they smell and they say, 'Are you cooking tourtière?' " Grandbois said. "And we'd say, 'Yeah, we are. How did you know?' 'Well, it smells just like my grandmother's.' "

Not everyone's family makes it the same way, though. Grandbois likes to have some pickled vegetables with her tourtière, a nod to her mother, who always served pickled green tomatoes alongside the pie. Some recipes don't include potatoes, and some use a slightly different mix of spices, but it's always fun to hear the discussions, Grandbois said.

One of the biggest debates, though, is which condiment goes with the pie.

"Some people prefer it just as it is, and some people like it with mustard and you can't convince them otherwise," Grandbois said. "I think my mother was a mustard person. I'm a ketchup person myself. And so you always serve both ... so that you can accommodate everyone who's at the table."

Place the pork, onion and spices into a 3-quart pan and cover ingredients with 4 to 5 cups of water. Bring to a simmer, stirring often to prevent the mixture from sticking. Cook slowly until the pork is thoroughly cooked and the liquid has boiled away. The meat should be moist but not soupy. This can take up to two hours. Taste and adjust seasonings.

Peel and boil 1 1/2 pounds of potatoes. Once the potatoes are cooked, drain completely and mash. Combine the mashed potatoes with the cooked pork.

Line a pie dish with one of the crusts and fill it with the pork and potato mixture. Cover with another pie crust. Trim, seal and flute the edges. Cut three slits in the crust to vent steam.

Bake at 400 degrees for about 30 minutes or until the crust is golden.

Serve as is or with mustard or ketchup.