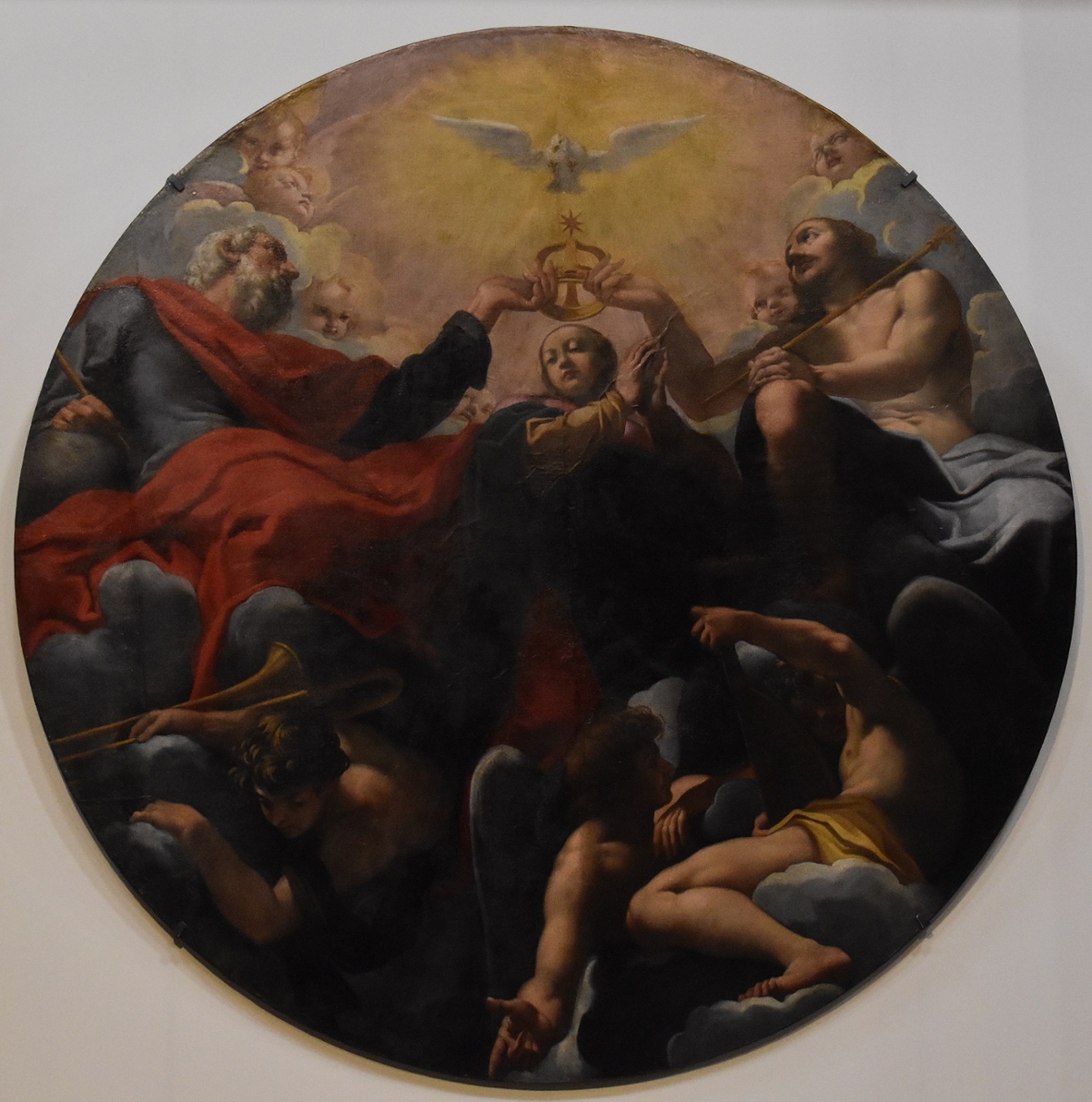 Our last Surprising Science took us out of this world to learn more about how scientists determine potentially habitable planets. Today, we’re back on Earth to look at how some of our smallest life forms are impacting the art world.

Art preservation is a delicate process, where ideal conditions are met to help prolong an artwork’s lifespan. Normally the goal would be to create as sterile of an environment as possible, but some recent advancements have shown a few ways introducing bacteria can actually be used for preservation’s benefit.

The first example comes from a study published in 2016, where a team of scientists studied the microbial life of a 400-year-old painting. The painting, Carlo Bononi’s Incoronazione della Virgine, was completed in 1620 but had been left abandoned since 2012. An earthquake had damaged the church Bononi's work was housed in, leaving the painting in desperate need of restoration. Dr. Elisabetta Caselli and her team of researchers normally studied how microbes can contaminate hospitals, but thought their expertise could be used to help preserve this artwork.

Caselli’s team swabbed various parts of the artwork and grew the microorganisms present, and they were able to determine that different types of organisms grew on different pigments of the painting. They believe these different bacteria grow by feeding on the nutrients found in the components that were used to create the paint, with specifically reds and yellows as the most nutritious. Finding out that different bacteria grow depending on pigmentation helps preservation efforts understand all parts of an artwork, as what might be beneficial to one part of a painting could potentially be harmful to another.

After determining that different microbial life grows on the same artwork, Caselli’s team went a step further to determine how to best stop this growth from further damaging Bononi’s work. They analyzed the various microbes of the painting to determine a combination that would stop the bacteria without causing harm to the pigments themselves. What they made was a “probiotic cocktail” from three strands of Bacillus bacteria, which stopped or significantly slowed the spread of bacteria grown and tested in petri dishes.

While the Bacillus bacteria hasn’t been applied to an actual artwork yet, Caselli’s work provides helpful insight on what the future of art preservation could be. Further testing is needed to ensure the bacterial treatment will not cause any additional harm to the artwork, but the results so far are promising.

In a different case, bacteria were actually used at Michelangelo’s Medici Chapel to help clean marble statues. Serratia ficaria SH7 was applied as a “top secret” stain removing strategy this past year. Art restorer Daniela Manna told the New York Times the efforts had to be under such tight wraps due to the pandemic, as the restoration team felt public opinion would be so strong against bacterial introduction it could impede their efforts.

Like Incoronazione della Virgine, parts of the Medici Chapel have been in dire need of cleaning, but unlike Bononi’s work the chapel restoration efforts had already been ongoing for years. Stubborn residue from countless plaster casts of the statues has existed for centuries, but the biggest contributor to staining is actually a member of the Medici family itself. The remains of Alessandro Medici were interred in the chapel in 1537, and apparently without proper preparation. Since then, the remains have been staining the surrounding marble, leaving “button-shaped deformations” on the artwork. This deterioration has also been recorded as early as 1595, creating a massive undertaking for modern restoration efforts.

Biologist Anna Rosa Sprocati tested almost 1,000 strains to find the perfect bacteria to clean the marble, and her efforts have impressive results. The SH7 bacteria has apparently left the Medici Chapel “gleaming and pristine as they’ve never been in the modern era,” and similar techniques have been used on other marble works. Sprocati has even used her research to clean artwork in St. Peter’s Basilica to remove hundreds of years of candle wax with equally impressive results to the Medici Chapel.

Bacteria and the art world might have an unexpected relationship, but it is impressive to see microbial life utilized in such unexpected ways. It has also been noted that analyzing a work’s bacterial growth can help determine if its a forgery or the real deal, so there are many applications when intersecting science and art. Determining the beneficial bacteria for an artwork’s preservation is currently a bit of an artisanal process, but with further research it could be used on a much larger scale.

Check out the next Surprising Science here.