Surprising Science: How Fungi Can Help Conquer The Final Frontier 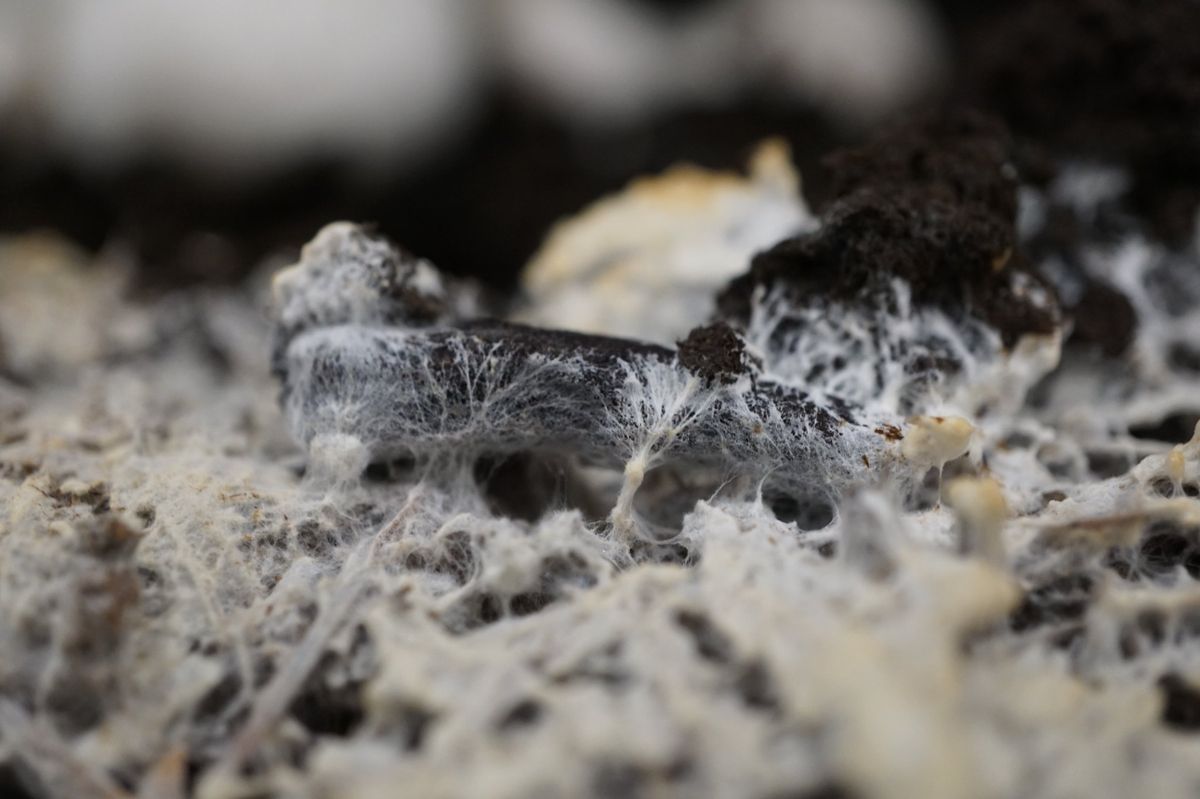 Several advancements in space exploration are all down to mycelium in fungi. (Alison Harrington / flickr)

In the previous Surprising Science, we looked at how the future of art restoration is in the hands of bacteria. Today, we look at how fungi could help us conquer the final frontier.

The Fungus Among Us

Essentially all life on Earth as we know it came from the influence of fungi. They helped turn the Earth green millions of years ago by encouraging plant growth, were used as a food source by early insects, and spread rapidly across the planet after an asteroid strike wiped out 70% of all life.

Most of us probably don’t even think of fungi that often in our daily lives, and for as much as our existence has depended on them, scientific research still knows very little about the fungal kingdom. It’s estimated that we’ve only discovered 5% of the fungal biodiversity that exists, and even that might be a high estimation. As mycologist Merlin Sheldrake has stated, “we are unthinkable without them, yet seldom do we think about them.”

The emerging field of astromycology, a subset of astrobiology, looks to change this dynamic. With astromycology, it’s entirely possible our future efforts in space exploration will be impossible without fungi. In a recent interview with Scientific American, astromycologist Paul Stamets discussed some of the potential uses for fungi on the “final frontier.” While some of his claims might seem more like science fiction, projects are already underway to turn them into science fact.

When considering space exploration, one of the biggest considerations is where astronauts are going to live. According to NASA, typical designs for habitats that will be used on Mars are similar to turtle shells. Astronauts would carry these materials with them as they travel the planet’s surface, but the massive energy costs required to make this possible is a problem research programs hope to resolve before we even get there.

Scientists have looked to the field of synthetic biology for a solution, specifically with fungi. Research with the NASA innovative Advanced Concepts program is in early stages of development to test if it's possible to grow our habitats on Mars after we get there, instead of bringing them with us.

This process is possible thanks to the mycelium in fungi, or tiny threads that can create complex networks. It’s also going to be more complicated than simply growing a few walls and a roof, and instead be more of an ecosystem working with bacteria and the Sun to convert water and carbon dioxide into oxygen and other fungal foods.

This short video from NASA gives an overview of the potential habitats on Mars.

Theoretically, astronauts bound for the red planet would bring along a variety of fungus capable of remaining dormant during the voyage. The fungus would grow with supplied food and water, grown into the desired form, baked to prevent further growth, and then used to construct a habitat.

Besides solving the initial energy problem NASA faced, these fungal habitats would be self-insulating, structurally sound, and self-repairing when given additional food. There are even plans to genetically modify the mycelia so it would be unable to survive outside its given habitat and prevent contaminating any microbial life on Mars.

The Future is Fungus

As exciting as these developments already are, Paul Stamets says this is just the beginning. With greater biodiversity, fungus can be used to help sustain astronaut food supplies as they continuously grow from natural life cycles. Stamets has even proposed a more controversial use for psilocybin mushrooms to help sustain the mental health of astronauts and combat loneliness and depression.

He states, “Under carefully controlled conditions, our astronauts being able to take psilocybin in space and look at the universe and not feel distant and alone but feel like they’re part of this giant consciousness will give them a better frame of mind -- psychologically, emotionally -- to work with other astronauts and stay on mission. I feel that isolation, loneliness and depression are going to be major issues that astronauts face.”

While practical uses of these developments remain in the not-so-distant future, there are already innovative uses of mycelium on Earth right now. The possibilities to use mycelium are seemingly endless; a leather-like material has been developed to make wallets, researchers have begun developing biodegradable materials to replace plastic, and a grad student in Nebraska has even made bee hotels using fungus. The process of growing mycelium on Mars can even be applied on Earth, providing more sustainable housing options.

This video from Spot On Nebraska gives a more detailed explanation of current uses of mycelium.

Assuming research all goes according to plan, our future might look a lot different than we expected, both on Mars and Earth. Further studies in mycology might just completely change our perceptions of fungus in even more surprising ways.