Songs In The French Style

This week, Francophiles the world over are celebrating Bastille Day, the French national day of celebration. So this week on Afterglow, I thought I’d get in the spirit by exploring the French side of the American Songbook. Jazz had a foothold in Gay Paris as early as World War I, so there’s a lot of crossover between American jazz and jazz dans la Mode française. This hour, we’ll explore those blurred lines: American songs in a French style, French songs in an American style, American jazz songs translated into French, and French jazz songs translated into English, performed by Dean Martin, Blossom Dearie, Madeleine Peyroux and more.

It’s the Songs In The French Style, coming up on Afterglow


Mark Chilla here on Afterglow. On this show, in honor of Bastille Day, we’re exploring what you might call “The Great French Songbook,” songs that blur the lines between French and American popular song.

We’ll start with American singer Bing Crosby, one of the classic interpreters of popular song, and a cut off of his all French 1953 Decca LP Le Bing: Song Hits of Paris. This was actually the very first vinyl LP by Crosby. The album contains a selection of French songs by Charles Trenet, Edith Piaf, and others.

And here’s Bing Crosby with the French tune “Mon Coeur Est Un Violon,” “My Heart is a Violin,” on Afterglow.

Two French songs by Cole Porter originally from his 1953 French-themed musical Can Can. We heard Kay Starr with “Allez-vous en” and before that Dean Martin with “C’est Magnifique,” from Martin’s 1962 Reprise LP French Style. Starting that set, Bing Crosby and “Mon Coeur Est Un Violon” from the 1953 LP Le Bing.

We’re looking at some French-flavored songs this hour. Let’s look now at some tunes from the Great American Songbook that were originally written in English, but then translated to French. We’ll begin with Blossom Dearie, an American jazz musician who spent a good portion of the 1950s living and working in Paris.

Here she is in 1956 doing a French version of the Rodgers and Hammerstein standard “It Might As Well Be Spring,” on Afterglow.

MUSIC - Blossom Dearie, "It Might As Well Be Spring"

“Je Ne Repartirai Pas” - “I Won’t Leave Again,” a French translation of the Bert Kaempfert and Milt Gabler tune “L-O-V-E,” performed by Nat King Cole. Cole recorded this song in a number of languages in 1965, including English, French, Italian, Spanish, German, and even Japanese. Before that, Blossom Dearie in 1956 with her French translation of the Rodgers and Hammerstein song “It Might As Well Be Spring.”

We’ll turn now to two very influential mid-century French songwriters: Jacques Brel and Serge Gainsbourg. Both artists were Renaissance men, involved in music and film, and both had an influence, especially Gainsbourg, on popular song in the later half of the 20th century.

The always provocative Serge Gainsbourg, exhibiting his jazzier side in the late 1950s. That was the song “Du Jazz Dans Le Ravin,” “Jazz in the Ravine.” Before that, Nina Simone with Jacques Brel’s tune “Ne Me Quitte Pas.”

We’ll have more from the Great French Songbook after a short break.


Welcome back to Afterglow, I’m Mark Chilla. We’ve been looking at the crossover between French and American jazz standards this hour.

This next tune is all French, although it has an unmistakable American jazz-pop style. It comes from noted French singer and songwriter Charles Aznavour, a wildly popular performer in his home country, often dubbed “the French Frank Sinatra.” And this next tune sounds like it could be part of a Frank Sinatra/Nelson Riddle album. In fact, Sammy Davis Jr. actually recorded this song, in English translation, in the 1960s.

Two French jazz songs. Just now, we heard Blossom Dearie in 1961 with the Paul Misraki tune “L’Etang,” a song about sitting alone, dreaming by a quiet pond. Before that, the French Frank Sinatra Charles Aznavour in 1964 with his original song “J’aime Paris au Mois de Mai.” That song was translated into English as “Paris Is At Her Best In May.”

As we continue tiptoeing through the Great French Songbook, I want to turn my attention now to some more contemporary jazz artists.

We’ll start with Dee Dee Bridgewater, a Grammy and Tony Award winning jazz singer from Michigan who spent several years living and performing in Paris, where she starred in the one-woman musical titled Lady Day, all about the life of Billie Holiday. Here’s a song originally from her 2005 all-French album J’ai Deux Amours, and also featured on her 2011 compilation album available in the U.S. called Midnight Sun.

This is Dee Dee Bridgewater performing the Charles Trenet song “Que Reste-t-il” also known as “I Wish You Love,” on Afterglow.

Let’s hear some more recent versions of French jazz songs. Here’s a track from singer Caterina Zapponi, an Italian singer with French heritage, off of her 2014 album Romantica. This is Zapponi performing an all-French version of the Count Basie standard “Lil Darlin,” on Afterglow.

Madeleine Peyroux, an American singer with French heritage and who lived in Paris as a child,  performing the jazz standard “J’ai deux amours” on her 2004 album Careless Love. And starting that set, Caterina Zapponi and a French version of Count Basie’s “Lil Darlin” from 2014.

We’ll close off this French Songbook show with another track from Madeleine Peyroux. Here she is in 1996 with the classic Edith Piaf standard “La Vie En Rose,” on Afterglow.

From her 1996 album Dreamland, that was the incomparable Madeleine Peyroux and “La Vie En Rose”

Thanks for tuning in to this all-French edition of Afterglow. 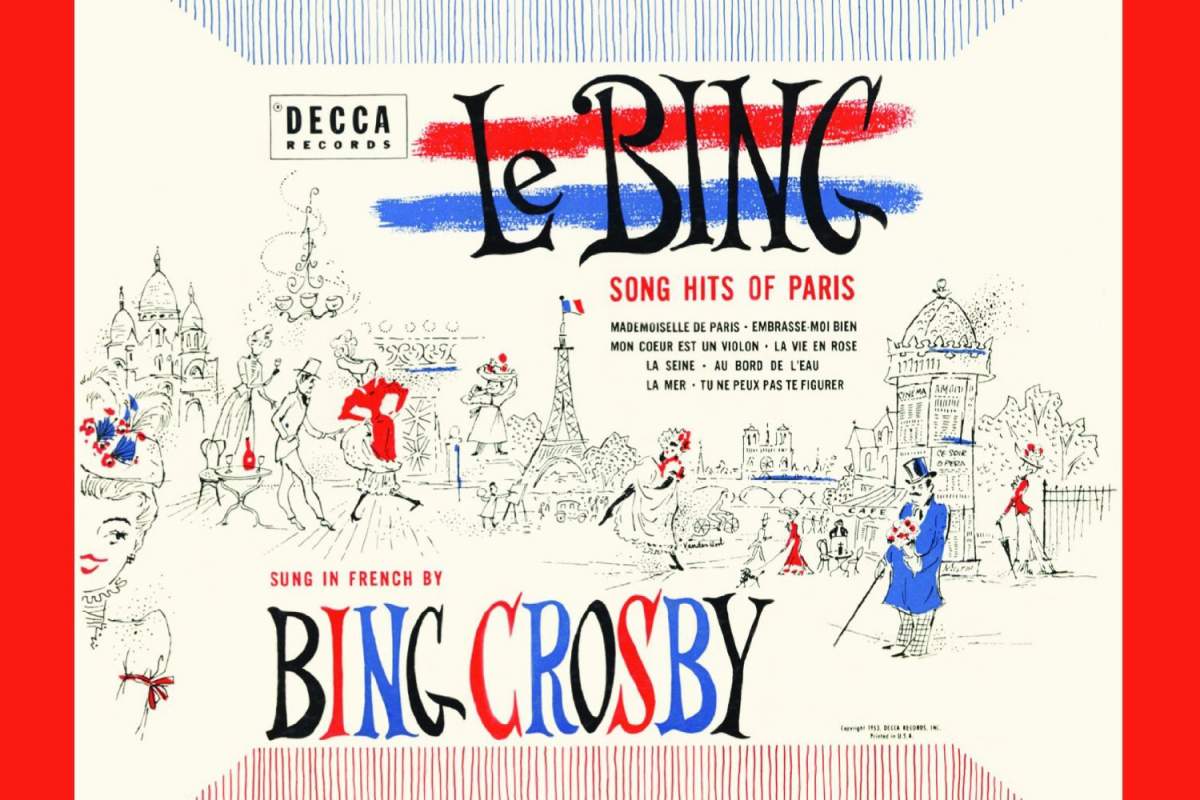 This week, Francophiles the world over are celebrating Bastille Day, the French national day of celebration. So this week on Afterglow, I thought I’d get in the spirit by exploring the French side of the American Songbook. Jazz had a foothold in Gay Paris as early as World War I, so there’s a lot of crossover between American jazz and jazz dans la Mode française. This hour, we’ll explore those blurred lines: American songs in a French style, French songs in an American style, American jazz songs translated into French, and French jazz songs translated into English, performed by Dean Martin, Blossom Dearie, Madeleine Peyroux and more.

And be sure to check out our other French-theme episode: The Great French Songbook!